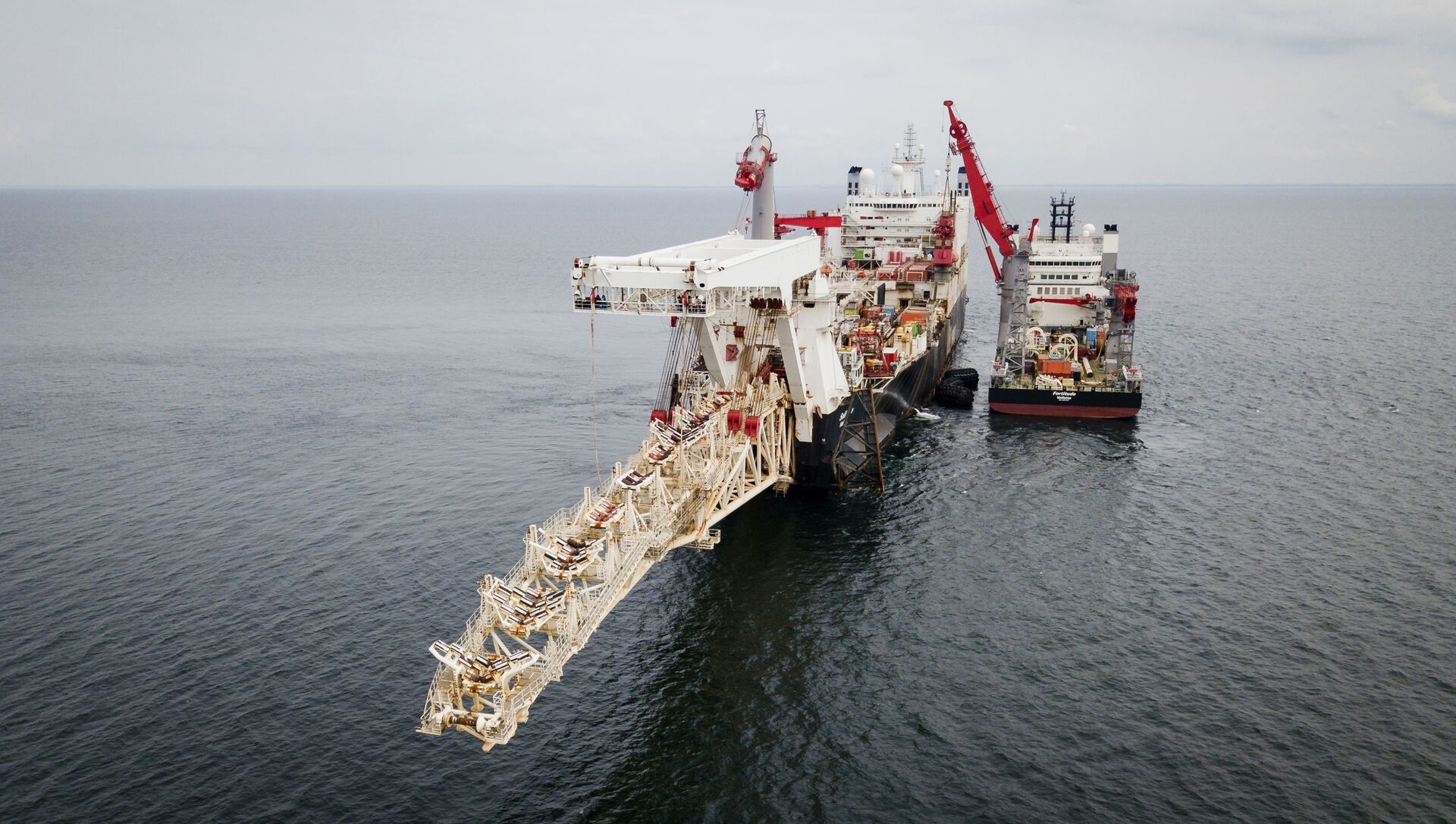 Daria Bedenko
All materialsWrite to the author
Nord Stream 2, a gas pipeline project that aims to deliver Russian gas to Europe, is subject to pressure from the United States, with Washington claiming that it will harm European energy security, while Moscow insists that the pipeline is a purely economic project.

US State Department spokesman Ned Price appeared to engage in a heated exchange with an Associated Press reporter who, during the Monday press briefing, asked whether the Biden administration was trying to take credit for policies started by the Trump Cabinet.

As Price said that the Biden administration's efforts had led to entities "wounding down" their involvement with the pipeline project, AP's Matt Lee appeared to question his statement.

"You guys have only been in office for a month, right? Are you telling me that in the last four weeks, these 18 companies all of the sudden decided to say, ‘Oh my God! We better not doing anything with Nord Stream 2'," Lee asked. "You guys are taking credit for stuff the previous administration did. Yes or no?"

Price argued that he spoke on behalf of the State Department, and noted that it had the same people working there since before Biden was sworn in.

On Friday last week, the Biden Cabinet introduced another layer of sanctions against the vessel constructing Nord Stream 2, Fortuna, and the ship's owner - both had already been targeted with the American restrictions back in January, when Trump was president.

State Dept Not Proposing New Sanctions Against Nord Stream 2, Focusing on Sanctioned Fortuna Vessel
No new sanctions have been rolled out by the State Department, with Price saying on Monday that the US "continues to examine entities involved in potentially sanctionable activity" regarding Nord Stream 2.

US Treasury Department on Monday designated the Fortuna vessel and its owner KVT-RUS under Protecting Europe’s Energy Security Act (PEESA) in addition to the Countering America's Adversaries Through Sanctions Act (CAATSA) used against them earlier.

The gas pipeline project has met strong opposition from Washington, as it seeks to promote its liquefied natural gas sales in Europe and claims that Nord Stream 2 would make the region more dependent on Russian gas. Under US pressure, many European companies, particularly Swiss pipe-laying firm Allseas, have had to withdraw from the project.

In its report to Congress, according to the Wall Street Journal, the State Department named 18 companies that had already left  the project (or planned to do so) after facing the threat of sanctions.

Moscow, however, has repeatedly stated that the project is purely economic, urging the US not to politicise it. Despite that, calls for sanctions have intensified, particularly after the situation with the Russian opposition figure Alexei Navalny, who was convicted on accusations of a financial misdemeanour.