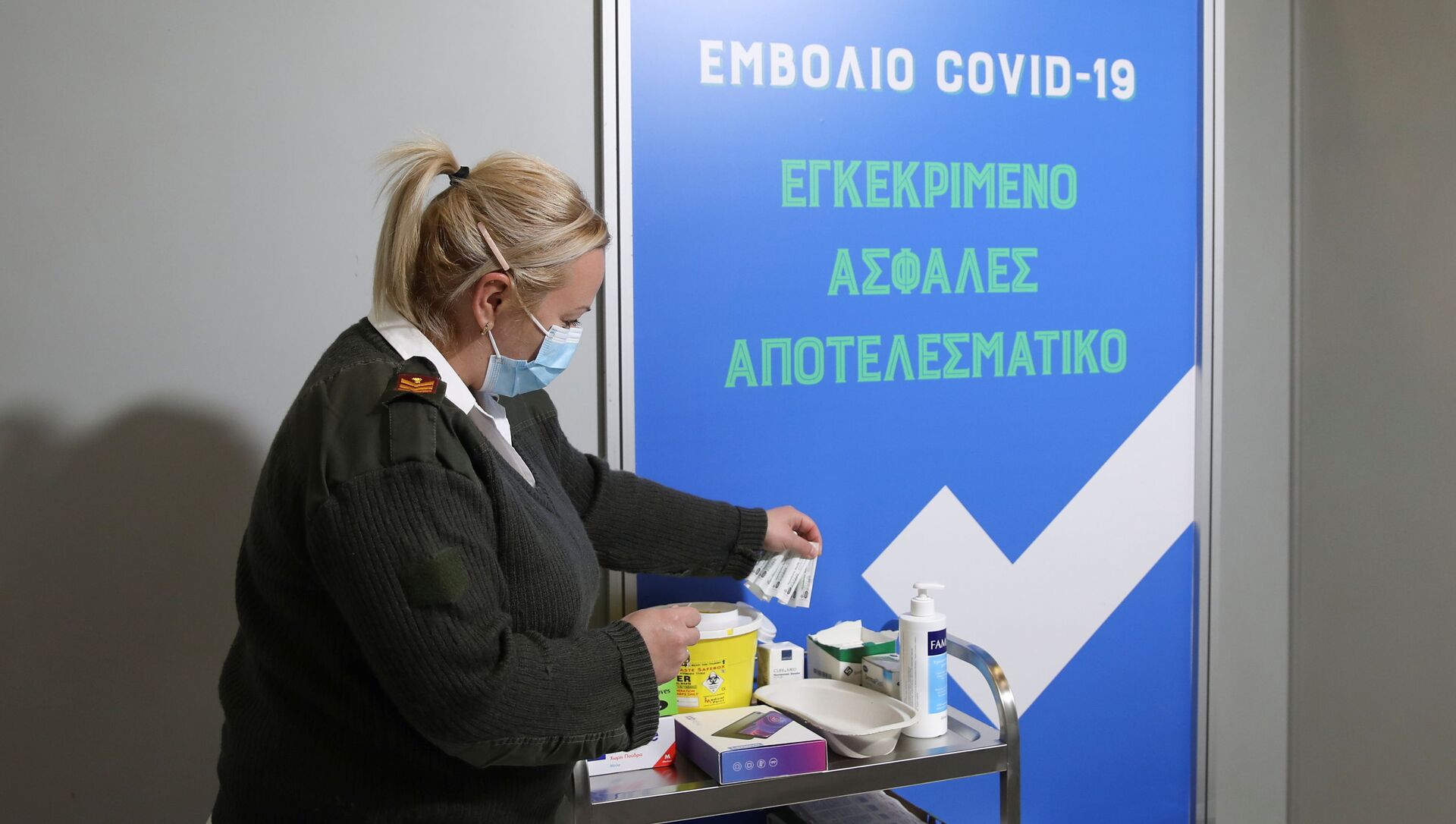 ATHENS (Sputnik) - Greece has registered five cases of side effects — severe allergic reactions — caused by the coronavirus vaccine, according to the President of the National Vaccination Committee Maria Theodoridou.

"There were five cases of serious side effects associated with the anaphylactic reaction, and they have been effectively treated. There is another case, on which there are no final records regarding its connection with vaccination," Theodoridou said on Monday at a briefing.

Greece launched its mass vaccination campaign along with other EU member states on 27 December using the Pfizer/BioNTech vaccine. The country has also received the vaccines developed by AstraZeneca and Moderna.

So far, over 730,000 inoculations have already been conducted, with some 243,600 people having received both shots.