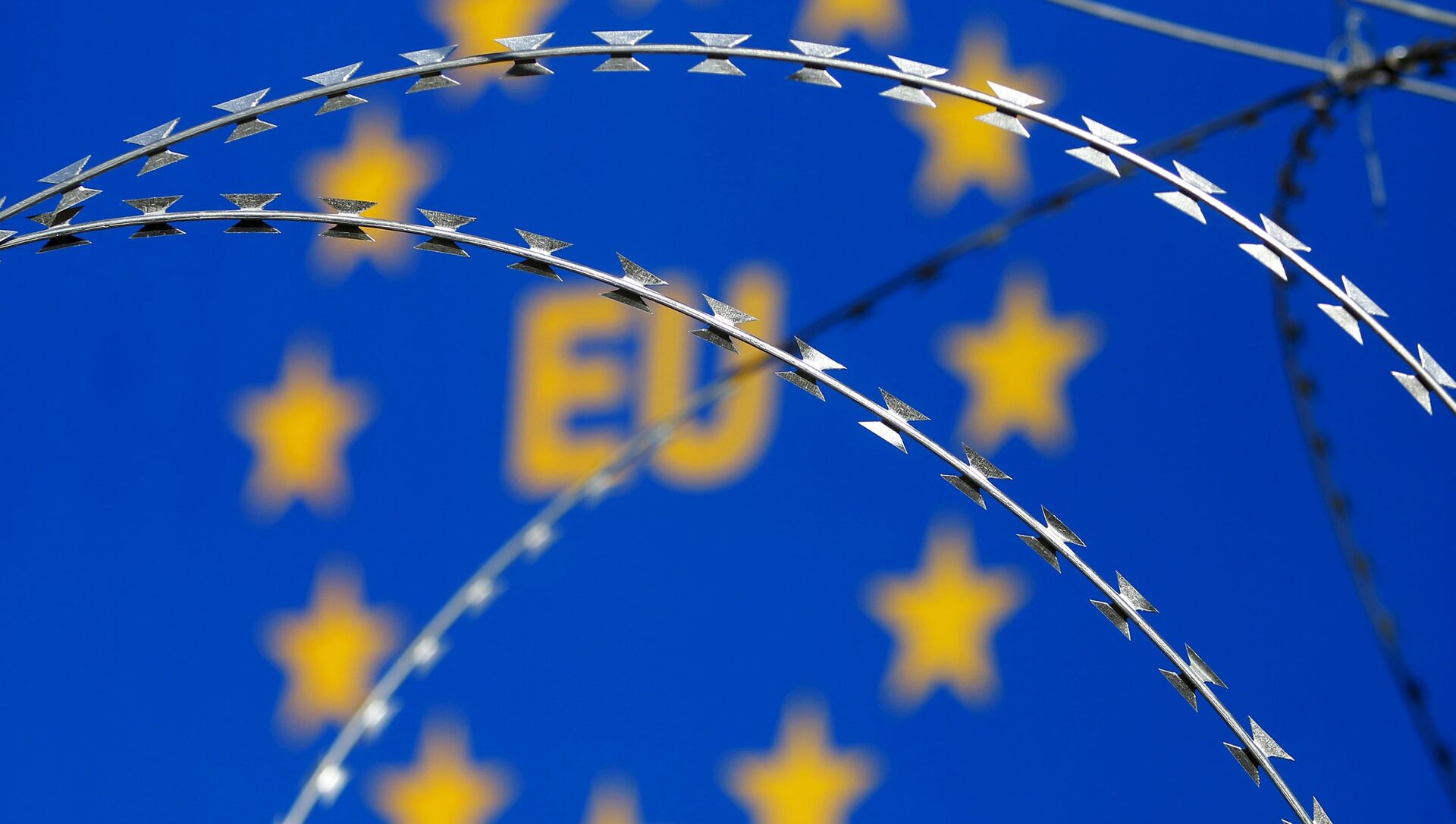 BRUSSELS (Sputnik) Luc Rivet - With the coronavirus pandemic ranging for about a year now, the European Union, adhering to the principle of leading a single policy, has so far failed to harmonize its restrictions regarding international travel or its vaccination methods.

According to media outlets, including pro-European ones, this single policy has led to the worst, as the bloc has failed to order on time the necessary number of coronavirus vaccine doses, holding lengthy negotiations about prices with pharmaceutical companies, while the coronavirus crisis’ astronomical cost per day to the economy should have pushed deciders to favor speedy delivery to best price option.

One of the most indicative examples is the row between the UK-Swedish AstraZeneca company and the European Commission, as it showed that the Commission had signed contracts that imposed very little responsibility on the industry, which simply was asked to do its best to respect the agenda.

Meanwhile, the United Kingdom, which has left the EU, has shown surprising agility and flexibility in its vaccination campaign. To date, more than 20 percent of the UK population has received the first dose of one of the vaccines developed by Pfizer, Moderna or AstraZeneca, while the average European Union vaccination level is at an appalling 3.8 percent.

The whole of Europe, in turn, is slowly reimposing confinement over fears of a spread of the new variants of the coronavirus originating in the UK, South Africa or Brazil. Since they are more contagious, it brings back the main scare of seeing hospitals' emergency wards fill up above capacity levels.

It took six months for the European Union to simply harmonize the meaning of the colors on the map of Europe's regions, from green to deep red, and travel restrictions within the bloc.

As for travel restrictions, the European Commission exhorted the 27 member states to apply the same rules to "leisure" or tourism travelers from outside the European Union on the one hand and internal travels within the bloc on the other. However, each member state decided for itself, without consulting its neighbors.

Since national rules are constantly changing, there are regularly long queues at borders within the EU, and people traveling by road are being told that they need the so-called sworn statement declaration, explaining why they travel, to be shown to police or customs officers at the border. Over the last few weeks, car drivers often had to turn around at the border between France and Belgium or France and Switzerland. This happened even to travelers who were cross-border workers, people living in the border regions, though these groups, along with the so-called essential — mostly medical — workers, are generally exempt from these travel restrictions.

What is Essential Travel?

Countries across the world, trying to avoid the complete closure of their international borders over the pandemic, as it was last year, and, at the same time, reduce the risk of the virus' spread, have defined a list of obvious essential reasons to travel, mainly related to family or business issues.

The European Commission has only asked member states to forbid "leisure travel," but Belgium, Germany and other countries have gone one step further, banning all travel except essential.

In particular, according to the Belgian foreign ministry, if people travel for family reasons, they are requested to prove that the family member is in poor health or hospitalized. Happy reunion reasons, such as marriage or birth, can also be accepted, but the traveler should be a "clear family member." However, the ministry does not clarify what is considered as a family or if not feeling well is a sufficient motive for a trip. The issue is, clearly, left to the appreciation of border control officers.

How to Travel in Europe Amid Pandemic

Germany announced last week that it was reducing "almost to nothing international air traffic bound for its territory," even mentioning Israel as an example.

"The danger posed by the various virus mutations demands that we within the government examine and discuss drastic measures," Interior Minister Horst Seehofer told the Bild daily.

Anxious to avoid border closures within the European Union, the European Commission immediately recommended that member states jointly put in place new travel restrictions for their areas most affected by the virus.

"Consultations were carried out between the member states in order to reinforce the control measures in European cooperation ... two scenarios [are] to be investigated: the tightening of extra-European border controls and sanctions against airlines that do not respect the rules set, in particular, the obligation of the negative PCR test," French government spokesman Gabriel Attal said.

Restrictions are probably the most complete in Belgium or Germany, which have adopted nearly identical measures at different dates. Germany is in full confinement with full travel restrictions until 5 March, while Belgium until 2 March, with a possibility of extending it until 1 April.

In most EU countries, to travel, people must present a negative coronavirus test, made no later than 72 hours before the trip, undergo a 10- or 14-day quarantine upon arrival. Travelers can also take another test five days after arrival and avoid further confinement if the test comes back negative. Some countries still require an invitation or documents proving that a person travels for an essential reason.

Mixed Message of Fear and Hope

Lockdowns are generally getting tighter in Europe because of the rapid progress of new coronavirus variants and a surge in the number of infections. At the same time, the hopeful acceleration of vaccination campaigns, the return of spring and outdoor activities, less dangerous amid the pandemic, and, above all, the need to unleash the economy in full, are exerting pressure on governments to progressively re-establish "normal life."

In particular, French President Emmanuel Macron took the chance of not re-confining the population last week. The decision has not led to a rise in infections despite the undeniable progress of COVID-19 variants in the population. That will probably entice governments to loosen lockdowns, even re-open restaurants as it is happening in Spain.