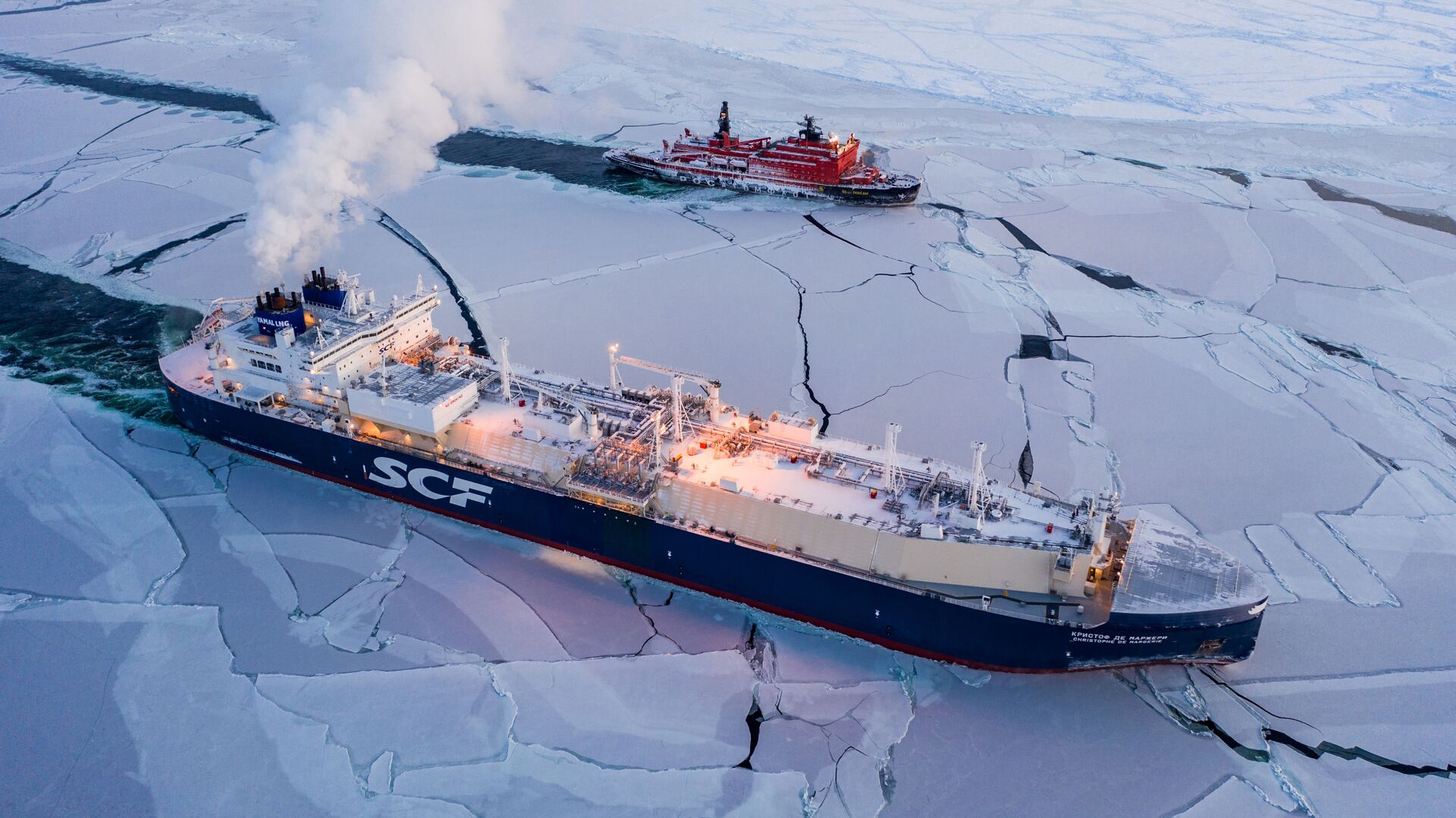 Morgan Artyukhina
All materialsWrite to the author
Russia’s northern Laptev Sea typically begins freezing in September. But last year, it didn’t begin until late October, with more sea ice than ever being thin and newly formed.

A commercial cargo ship has sailed Russia’s Northern Sea Route in February for the first time, which analysts say is the latest dire warning about global warming.

According to Russian shipping company Sovcomflot, the liquid natural gas tanker Christophe de Margerie made the trip from Sabetta, on the Kara Sea on Russia’s northern coast, eastward to Jiangsu, China, and back again, arriving back in Sabetta on February 19.

The company released a short compilation video of the two ships’ journey, in conjunction with partner Rosatom.

A gas tanker & icebreaker made it from China to Yamal in the 1st transit of the Northern Sea Route in February, "confirming that year-round safe navigation is possible," Russia says. There's no multi-year ice left there. @BarentsNews https://t.co/57fCekHYZL pic.twitter.com/PgO45fjN9V

​This shipping route is typically idle during the long winter months between November and July, when it is typically packed with sea ice. However, due to global warming, so much of the polar sea ice is thin that the Christophe de Margerie was able to make the trip months early.

According to Sovcomflot, the ship began its journey on January 5, making the trip to the Bering Strait in just 11 days without needing icebreaker assistance. However, on the way back, Christophe de Margerie teamed up with the Russian Arktika-class nuclear-powered icebreaker 50 Let Pobedy (50 Years of Victory), which helped it through ice hummocks in the Chukchi Sea. At times, Christophe de Margerie was forced to proceed through the ice field astern.

“The current voyage of Christophe de Margerie significantly expands the navigation window in the in the eastern sector of the Russian Arctic, and confirms that year-round safe navigation is possible along the entire length of the Northern Sea Route,” Igor Tonkovidov, president and CEO of Sovcomflot, was quoted as saying in the release.

Likewise, Russian Deputy Prime Minister Yury Trutnev hailed the accomplishment, noting that while the Northern Sea Route has expanded its annual cargo considerably in recent years, this voyage proves “in fact, the route can handle a lot more than that.” 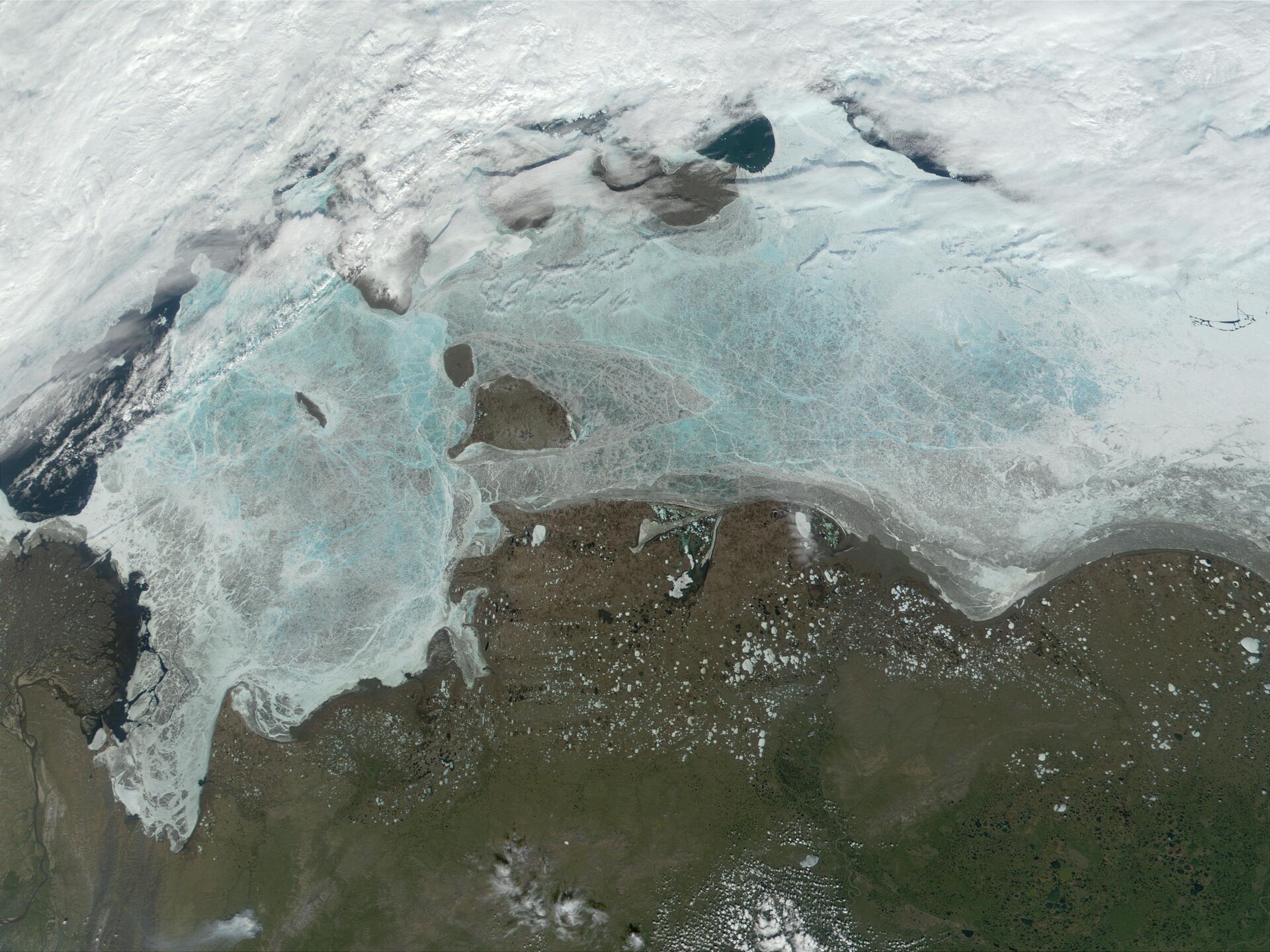 The Laptev Sea, which sits on the Northern Sea Route and is considered the “nursery” of Arctic sea ice, was delayed to its latest freezing date ever recorded last year. As Sputnik reported, a record-breaking heat wave in Siberia over the summer helped to delay the freeze until late October. Usually, it starts in September.

A December report by the US National Oceanographic and Atmospheric Administration (NOAA) warned that “the transformation of the Arctic to a warmer, less frozen and biologically changed region is well underway.”

As a result, thick multi-year sea ice has drastically diminished at the Earth’s North Pole. “Ice older than 5 years is very rare today,” the report says, noting that “only a small ribbon remains along the islands of the Canadian Arctic.”

The latest example of this unstable climate is the “polar vortex” that descended across central North America in recent weeks, bringing temperatures of negative 19 degrees Celsius as far south as Texas. The deep freeze and corresponding snowstorm brought catastrophic conditions to the region, collapsing its electrical grid and resulting in the deaths of at least 58 people in Texas alone.