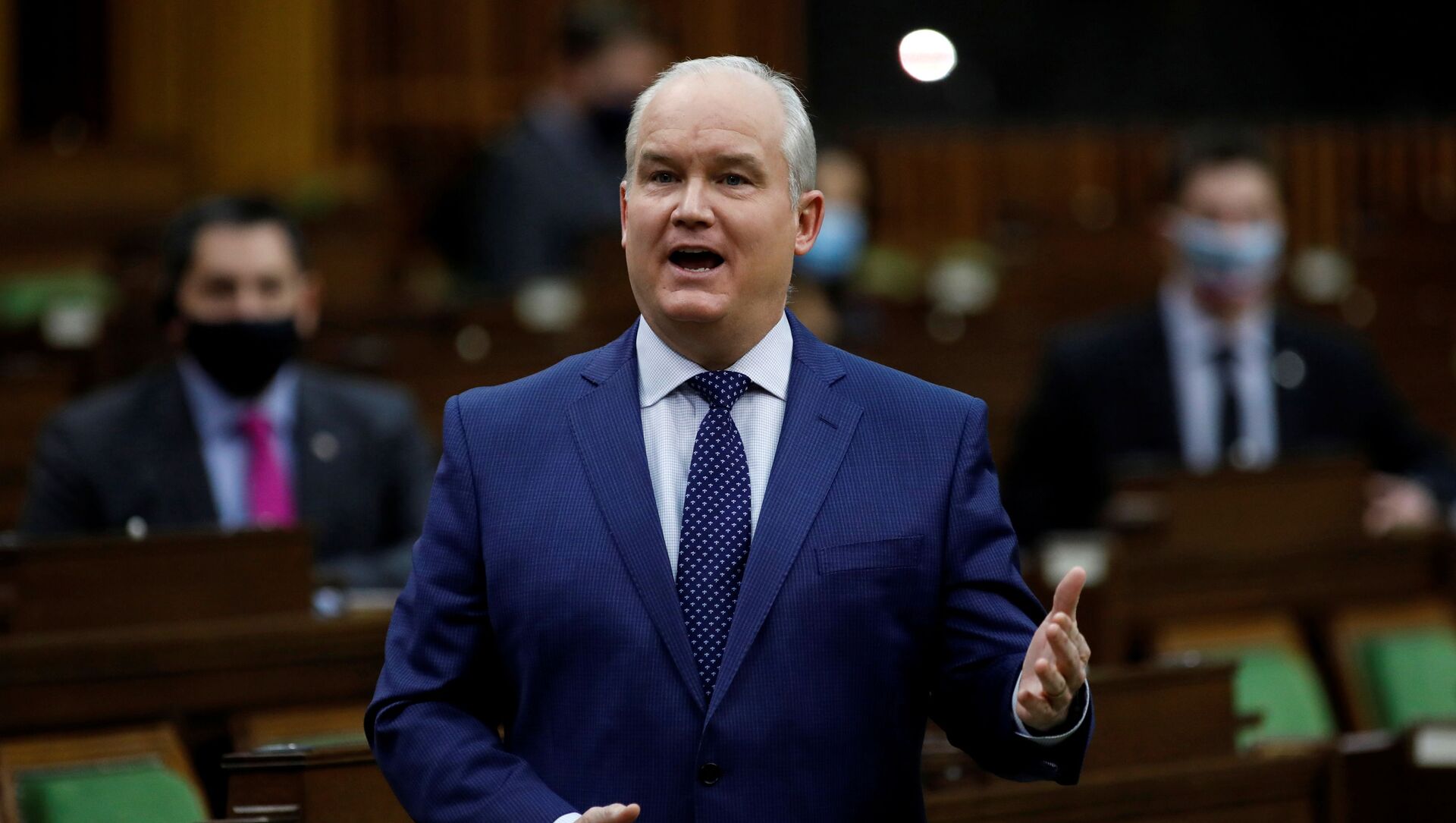 Demond Cureton
All materialsWrite to the author
An anonymous senior government official said in a statement that a non-binding declaration in Parliament would not get results in China, adding that work with international partners was needed. The comments come amid worsening ties between Ottawa and Beijing, namely after several key people have been detained on both sides on numerous charges.

The Canadian House of Commons voted unanimously on a non-binding measure to declare that China is "committing genocide" against more than a million Uyghurs in the Xinjiang Uyghur Autonomous Region, AP reported on late Monday.

British FM Raab Calls on UN to Probe China's Alleged Rights Violations in Xinjiang as Tensions Soar
Canadian Prime Minister Justin Trudeau and his cabinet abstained from voting on the measure to relocate the 2022 Winter Olympics due to be held in Beijing, which passed 266-0 in Parliament.

“There is real suffering going on in China. There is a genocide happening. Our values are not for sale. And Mr Trudeau needed to send that message today and he failed,” Conservative party leader Erin O'Toole said in a statement.

But Trudeau declined to call the matter "genocide", adding it was an "extremely loaded" term, according to AP.

“When it comes to the application of the very specific word genocide, we simply need to ensure that all the i’s are dotted and t’s are crossed before a determination like that is made,” Trudeau said in a statement last week as quoted by AP.

China's Embassy in Canada slammed the measure, stating it was a "malicious provocation" of 1.4Bln Chinese people, mainland media reported on Tuesday.

Genocide had a clear definition in international law and no one could label China as being guilty of the act, an embassy spokesman said, adding that Xinjiang's economic volume had been boosted by more than 200 times and GDP per capita 40 times.

Life expectancy in the westernmost region had rocketed from 30 to 72 years old, and the population had jumped from 10 million to 12.7 million in 2018, the statement added.

Canada was urged to reflect on the tragic history of its own indigenous people, the spokesman added.

Ab-CERD: UN Report Linked to US Color Revolutionaries Trying to Undermine CPEC
According to the embassy, lawmakers in Canada had never visited China, but used "human rights" to manipulate Beijing's internal affairs politically and play "tough on China" for their own interests.

Such moves were hypocritical and shameless, the spokesman said while accusing Canada of politicising the Olympics, which would violate the spirit of the competition and damage the interests of athletes.

China's concerns in Xinjiang were not about human rights, ethnicity or religion, but anti-secessionist and anti-terrorist measures to protect the lives and safety of all ethnicities in the region via preventive measures, it added.

"Canada's move will not succeed and we urge those politicians to recognise reality and stop interfering in China's internal affairs, stop seeking personal interests through Xinjiang affairs and stop its anti-China farce," the spokesman concluded.

Huawei's Meng Wanzhou Marks Two Years Detained In Canada, Court Fight Against US Extradition Request
The comments are the latest episode in an ongoing diplomatic row which started when the chief financial officer of Huawei Technologies, Meng Wanzhou, was detained by Canadian authorities in December 2018 on allegations of fraud, which she has strongly denied.

The news comes just a day after British foreign secretary Dominic Raab called on the United Nations to open an inquiry into China's alleged human rights abuses in Xinjiang, stating: "No one can ignore the evidence anymore."

In an open letter published by the Guardian and others, approximately 180 human rights groups and Canadian MPs have called for a boycott of the Winter Olympics a year before the event is set to take place, citing allegations of human rights abuses in China's westernmost province.

“Boycotting the 2022 Beijing Winter Games is an unpopular idea and won’t receive wide support. The IOC and athletes will oppose it, and China will enact serious reprisals against any country that follows such a call,” Hu Xijin said at the time.