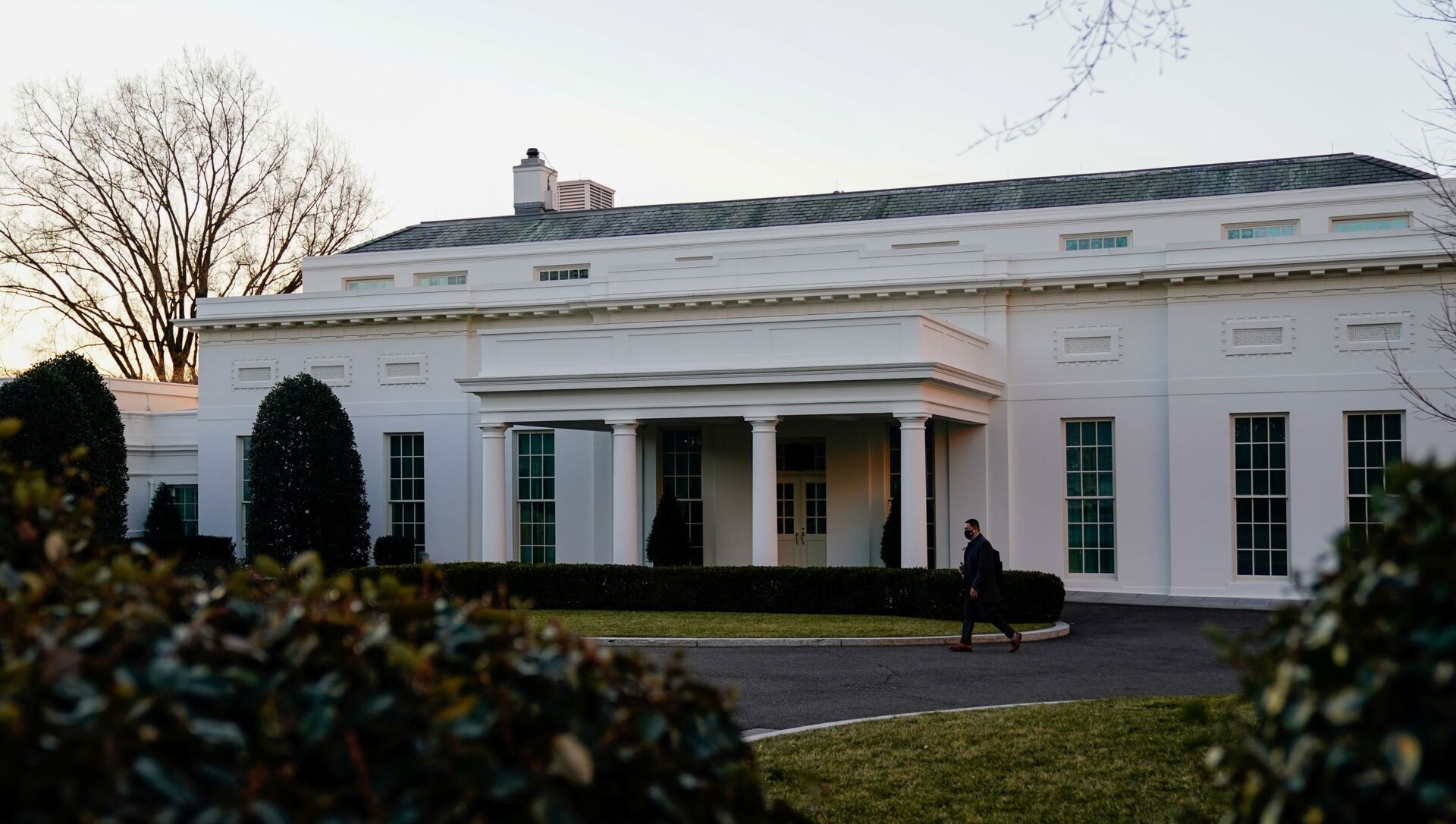 Aleksandra Serebriakova
Moscow-based Sputnik correspondent specializing in foreign affairs.
All materialsWrite to the author
One White House pool correspondent made an eyebrow-raising observation on Monday: there was no Marine sentry standing outside the West Wing that morning. The guard should usually be present at his post when the US President is inside the Oval Office.

Joe Biden’s purported change of plans was scrutinised on Monday after White House pooler Debra Saunders told her colleagues at 9:58 a.m. (EST) that there was “no Marine standing outside the front door,” according to Axios.

The President’s official schedule said that he would be in the Oval office at that time to receive his Daily Briefing.

The development sent a signal to surprised reporters that either Joe Bien was not following the timetable and left the Oval office for the morning or something has changed in the protocol as the Marine sentry is usually expected at the West Wing every time the US President is carrying out his duties in the office.

“Apparently, the Marine no longer is an indicator that POTUS is in the Oval,” Las Vegas Review-Journal's Saunders suggested.

But White House press secretary Jen Psaki later clarified to curious minds that there was nothing to worry about and the US President was in the office as expected.

"The President was in the Oval Office this morning working, receiving the PDB and all the things that you're aware of from the schedule. There hasn't been a change of policy," Psaki explained during the Monday press briefing.

The press secretary however remained sketchy about the specifics:

https://t.co/MvVNb3iMCz there are actually four Marines who rotate in half hour shifts, standing sentry whenever the President is in the West Wing https://t.co/29uF0WecEn

​Saunders apparently got an email from the White House aides saying that it was a “misnomer” to believe that “the Marine is always there when POTUS is in the office”.

The White House explained that on that particular morning, the West Wing guard was simply getting a COVID test.

On her last day at the White House @debrajsaunders, who is leaving full-time reporting, solves the mystery of the Marine Sentry. pic.twitter.com/dMIvDcqaLE

The message said that the White House guards are actually allowed to leave their posts when they meet VIP guests or there are some events going on in the premises of America’s key building.