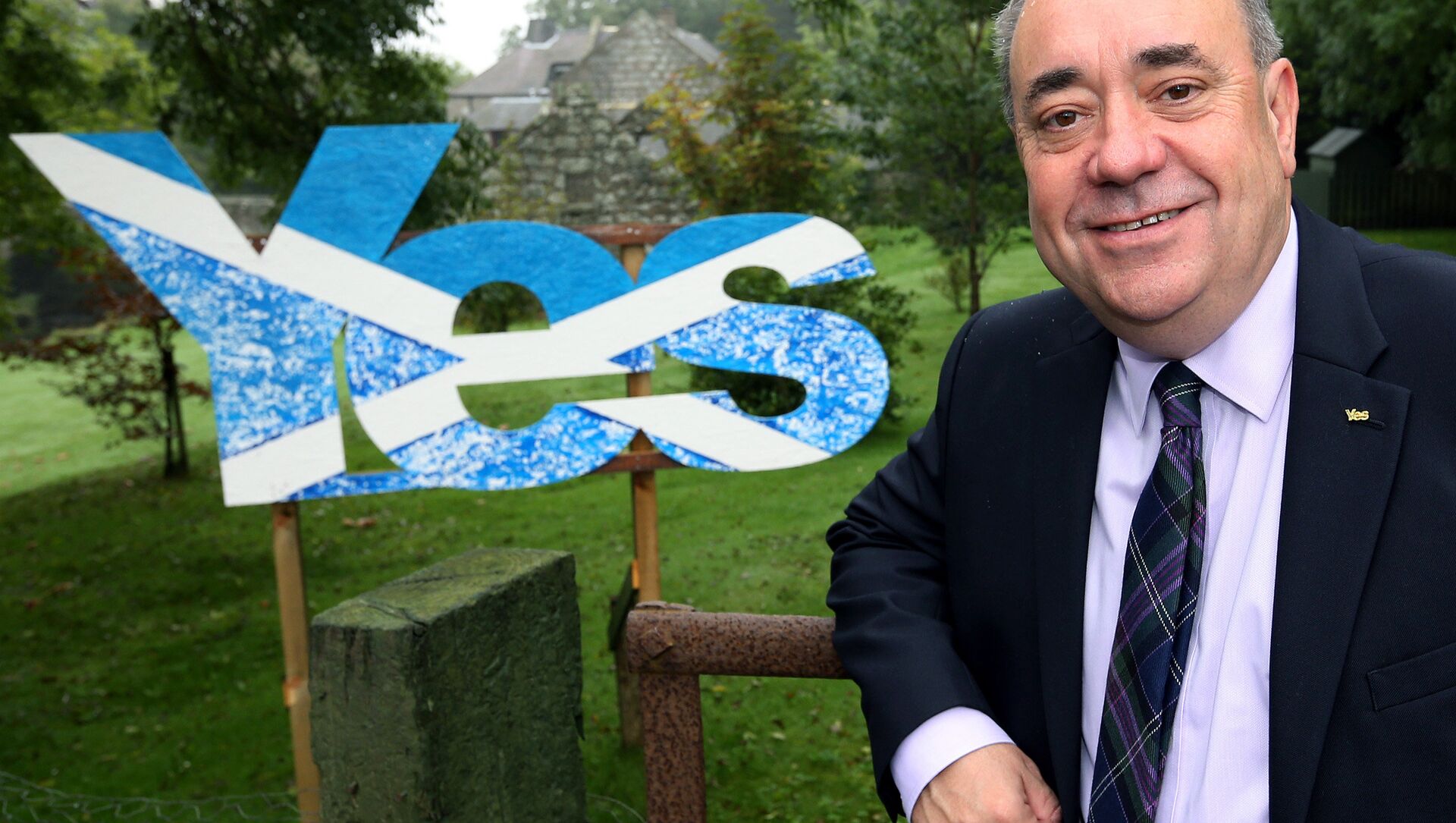 Arty Katkov
All materialsWrite to the author
Salmond accused the current first minister and SNP party leader of breaching the ministerial code several times by misleading the Scottish Parliament in giving an incorrect date for when she first found out about the complaints against him.

Former Scottish first minister Alex Salmond says the Scottish Government and the SNP want to remove him from public life in Scotland.

“I leave to others the question of what is, or is not, a conspiracy, but am very clear in my position that the evidence supports a deliberate, prolonged, malicious and concerted effort amongst a range of individuals within the Scottish Government and the SNP to damage my reputation, even to the extent of having me imprisoned,” Salmond said in his testimony.

The former first minister "for the avoidance of doubt" pointed at Nicola Sturgeon's husband and SNP chief executive officer Peter Murrell, SNP compliance officer Ian McCann and Sue Ruddick, SNP's chief operating officer well as Liz Lloyd, the First Minister’s chief of staff, adding that there are others, whom he can’t name “for legal reasons”.

An SNP spokesperson has responded to the submission, saying it was “just more assertion without a shred of credible evidence”.

The spokesperson said: “Several of the women have already made clear how utterly absurd it is to suggest they were part of a conspiracy to bring him down. And yet Alex Salmond is still making these ridiculous and baseless claims and lashing out at all and sundry."

Salmond made his final written submissions ahead of his Wednesday appearance as a witness before the Holyrood inquiry, which is investigating the botched handling of the probe into harassment complaints against him.

Salmond resigned from the Scottish National Party and immediately sought a judicial review of the process, accusing the Scottish government of abuse of process.

Nicola Sturgeon reportedly pushed for the investigation when it was clear that Salmond's response application for a judicial review would succeed.

The court of session in Edinburgh ruled in Salmond's favour on 8 January 2019, saying the probe was unlawful and “tainted by apparent bias” because the lead investigator had had prior contact with the complainers.

Two weeks after winning the review, Salmond appeared at an Edinburgh sheriff court on 14 counts, including two of indecent assault, nine of sexual assault and two attempted rapes. He denied all the charges. In March 2020 he was cleared of charges. One charge was dropped by the crown; the jury acquitted Salmond of all the others on majority verdicts.

According to Salmond, the 2018 accusations case which he won and which cost the taxpayers £600,000 was doomed to fail, but the senior members of government and the SNP hoped that police action against him would prevent it from coming to court.

“The real cost to the Scottish people runs into many millions of pounds and yet no-one in this entire process has uttered the simple words which are necessary on occasions to renew and refresh democratic institutions – ‘I resign,’” Salmond said.