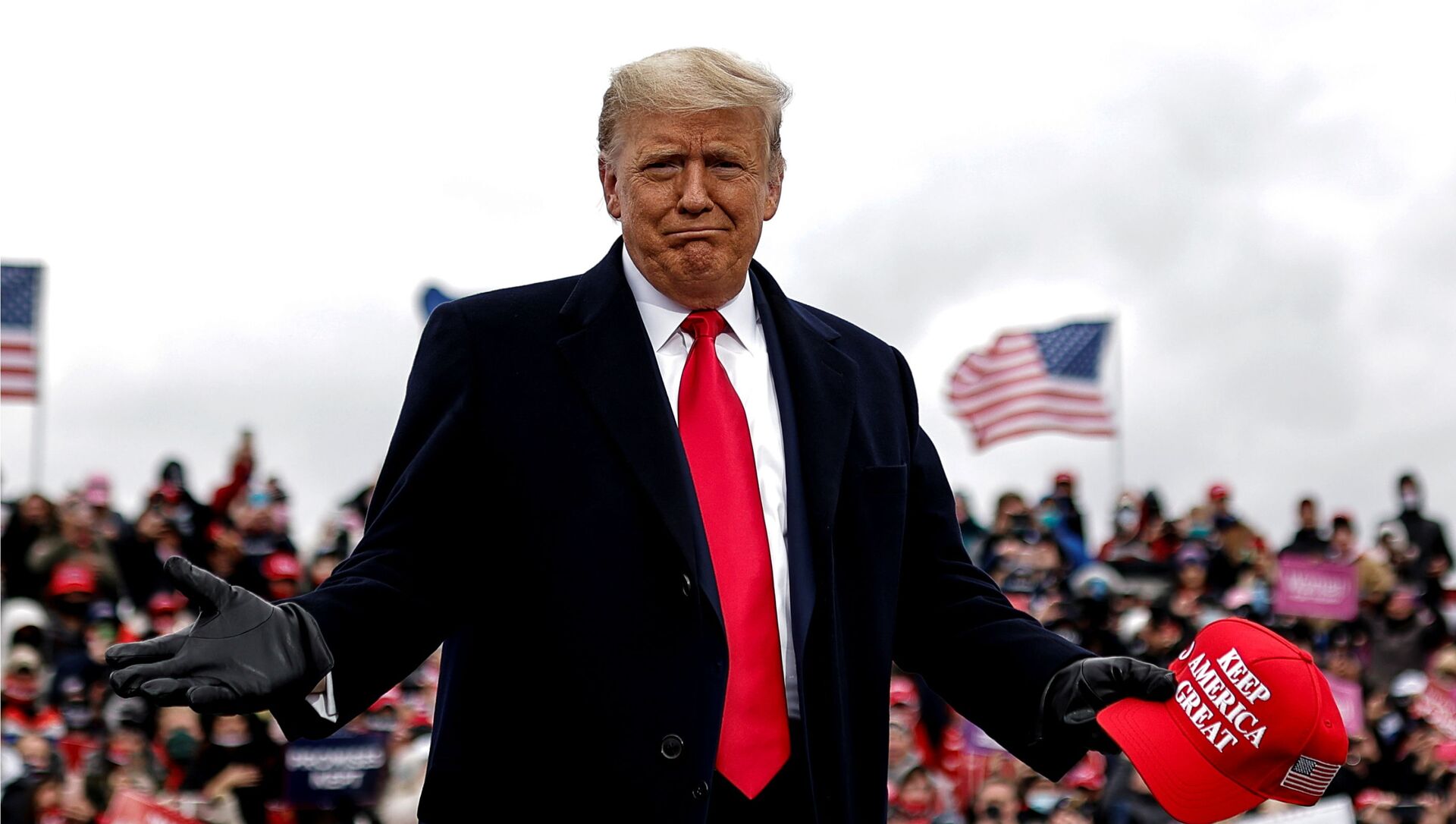 Zara Muradyan
All materials
Donald Trump is expected to outline his vision for the future of the GOP during his keynote address on the last day of the Conservative Political Action Conference, which will be held on 25-28 February.

The former US president, Donald Trump, will bill himself as the Republicans' "presumptive 2024 nominee" next weekend when he's set to address the Conservative Political Action Conference (CPAC), "Trump allies" told Axios.

According to an anonymous long-time adviser, Trump's upcoming speech will be "a show of force", and the message he ostensibly intends to deliver is: "I may not have Twitter or the Oval Office, but I'm still in charge".

Trump to Lay Out His Vision for Republican Party's Future at CPAC, Adviser Says
Meanwhile, the ex-POTUS' senior adviser Jason Miller told Axios that "Trump effectively is the Republican Party. The only chasm is between Beltway insiders and grassroots Republicans around the country. When you attack President Trump, you're attacking the Republican grassroots".

Moreover, Axios suggests that Trump advisers are all set to meet him at Mar-a-Lago this week to discuss his next political moves, especially in the run-up to the 2022 midterms. Thus, the former president is expected to "stoke primary challenges for some of those who have crossed him, and shower money and endorsements on the Trumpiest candidates".

Over the weekend, Jason Miller told Newsmax that Trump would be talking about the future of the Republican Party and "the number of lessons that we learned in 2020" during his speech at CPAC.

"...we saw President Trump bring in a record amount of African American voters, Latino American voters on the GOP side, bigger numbers than we've seen in modern Republican presidential history. We have to keep these voters engaged in the party", the top adviser said.

The former Trump campaign senior adviser and the ex-POTUS' daughter-in-law, Lara Trump, suggested that the 45th's CPAC message would include a "big thank you" to his supporters.

She also said that the former president has been advising his loyalists to stay tuned and even hinted at the possibility of running again in four years. 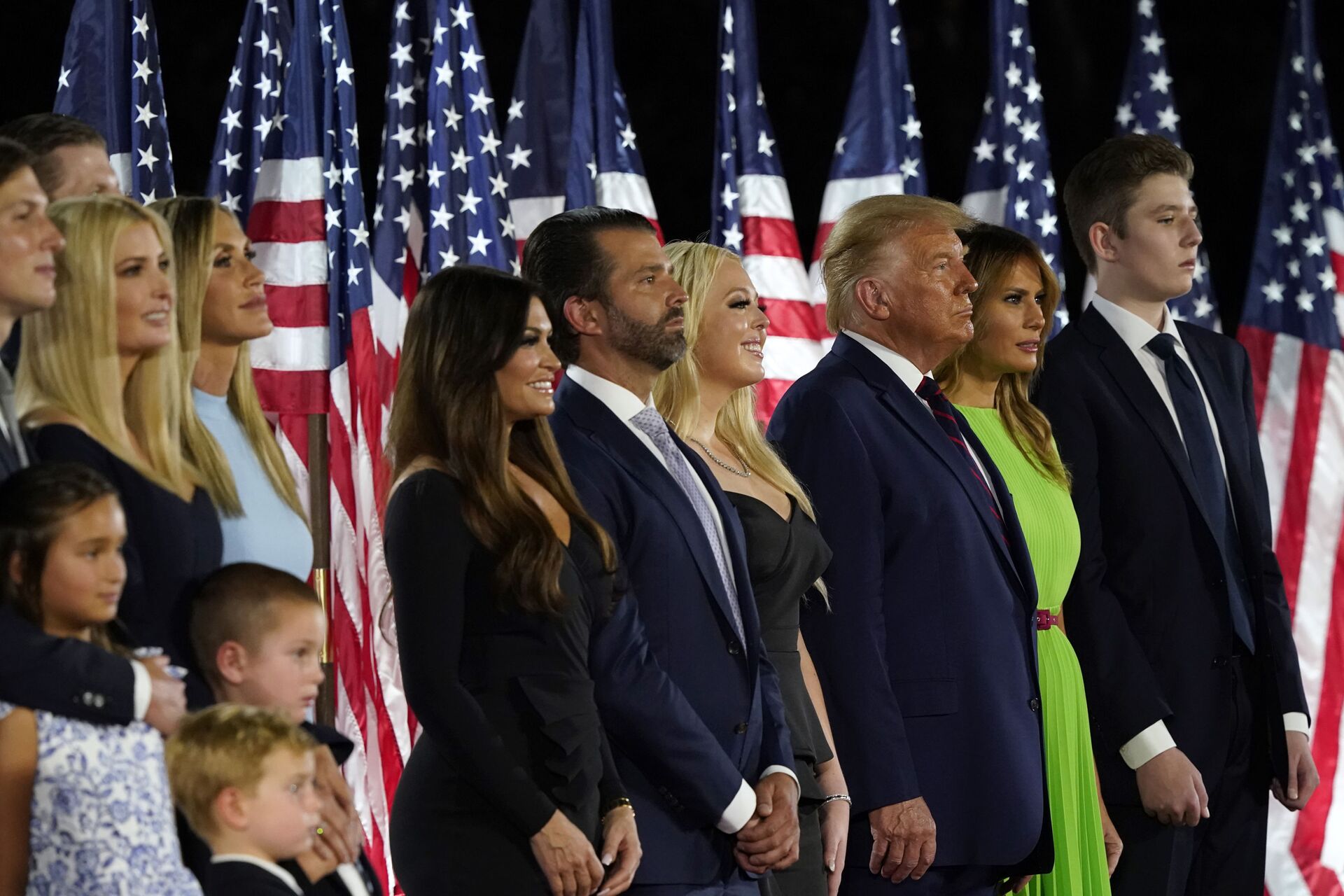 "He is the head of the Republican Party. He is really the person that everyone will continue to turn to in order to help them get across the line… This man has changed politics and he has changed our party", Lara Trump said.

For his part, Trump has been discreet about his intentions to run for president again in 2024, saying last week that it was "too early to say" but that he saw "a lot of great polls out there".

"I won't say yet, bet we have tremendous support. Let's say somebody gets impeached. Typically, their numbers would [go] down. They would [go] down like a dead balloon. But [our] numbers are very good, they're very high", the ex-POTUS told Newsmax days after the Senate acquitted him on the sole impeachment article of "incitement of insurrection".

A number of social media platforms, including Twitter, Facebook, Instagram, and YouTube, permanently blocked Trump's accounts following the 6 January riots in Washington, DC, when thousands of the then-president's supporters stormed Capitol in a bid to prevent the congressional certification of Joe Biden's win in the 2020 election.

Nearly 50% of Trump's Supporters Say Would Choose Trump's Party Over Republicans, Poll Shows
Trump has been accused of inciting "insurrection" with his calls to "fight like hell" to challenge what he described as a "rigged and stolen" election.

The accusations led him to be impeached for a second time. Trump has become the first American president ever to be impeached twice, although both times the lawmakers who sought to convict him - and thus bar him from running for office again - failed to secure the required two-thirds majority.

While speculation has been rife regarding Trump’s political ambitions, polls conducted among Republicans show that he remains the GOP voters’ top choice for 2024 nominee.

A recent Politico-Morning Consult poll suggested that 59 percent of GOP voters believe that Trump should play a “major role” in the Republican Party in the future, with 54 percent of those surveyed saying they would support the ex-POTUS in a hypothetical 2024 Republican presidential primary. Only 17 percent believed that the former president should play no role at all in the GOP.