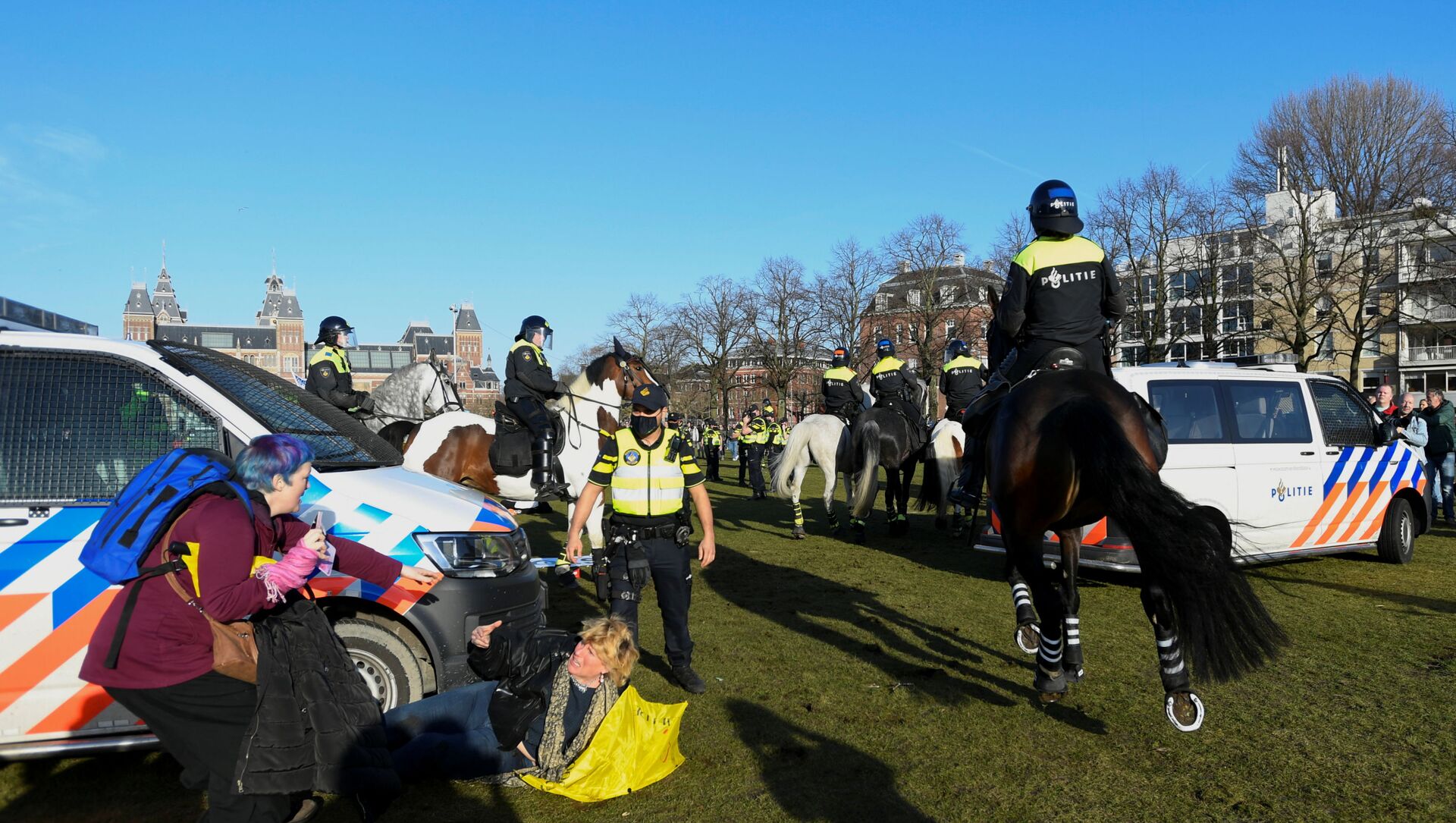 Henry Batyaev
All materialsWrite to the author
The Netherlands has been under a lockdown since December, which was extended earlier this month and is expected to remain in place until 2 March. Moreover, the country imposed a night-time curfew in January, allowing people to be outdoors at night only for urgent, justifiable reasons.

Amsterdam police officers dispersed a crowd of anti-lockdown protesters at the Museum Square on Sunday after the demonstrators refused to follow their orders and vacate the territory in compliance with the existing coronavirus-related restrictions.

Several protesters were detained after law enforcement swept through the area, according to a report by Reuters.

A video of the heavy police presence on the square has been shared online in which fully equipped officers, including mounted police, as well as police vans are seen moving through the square to interrupt the seemingly peaceful gathering.

In the footage, the protesters are seen sitting on the grass, some of them holding balloons and banners, being urged by the police to leave the square, which they seem reluctant to do.

At the beginning of the clip, a police officer appears to have hit a protester with a baton, although it is not clear what motivated them to use force as the demonstrator was sitting motionlessly on the ground.

​The Netherlands has seen a wave of protests against the lockdown measures since the nation closed all non-essential shops and entertainment venues in December and imposed a curfew later in January.

Some of the demonstrations have resulted in clashes between protesters and police, who had to resort to tear gas to disperse the protesters and make arrests to restore order.