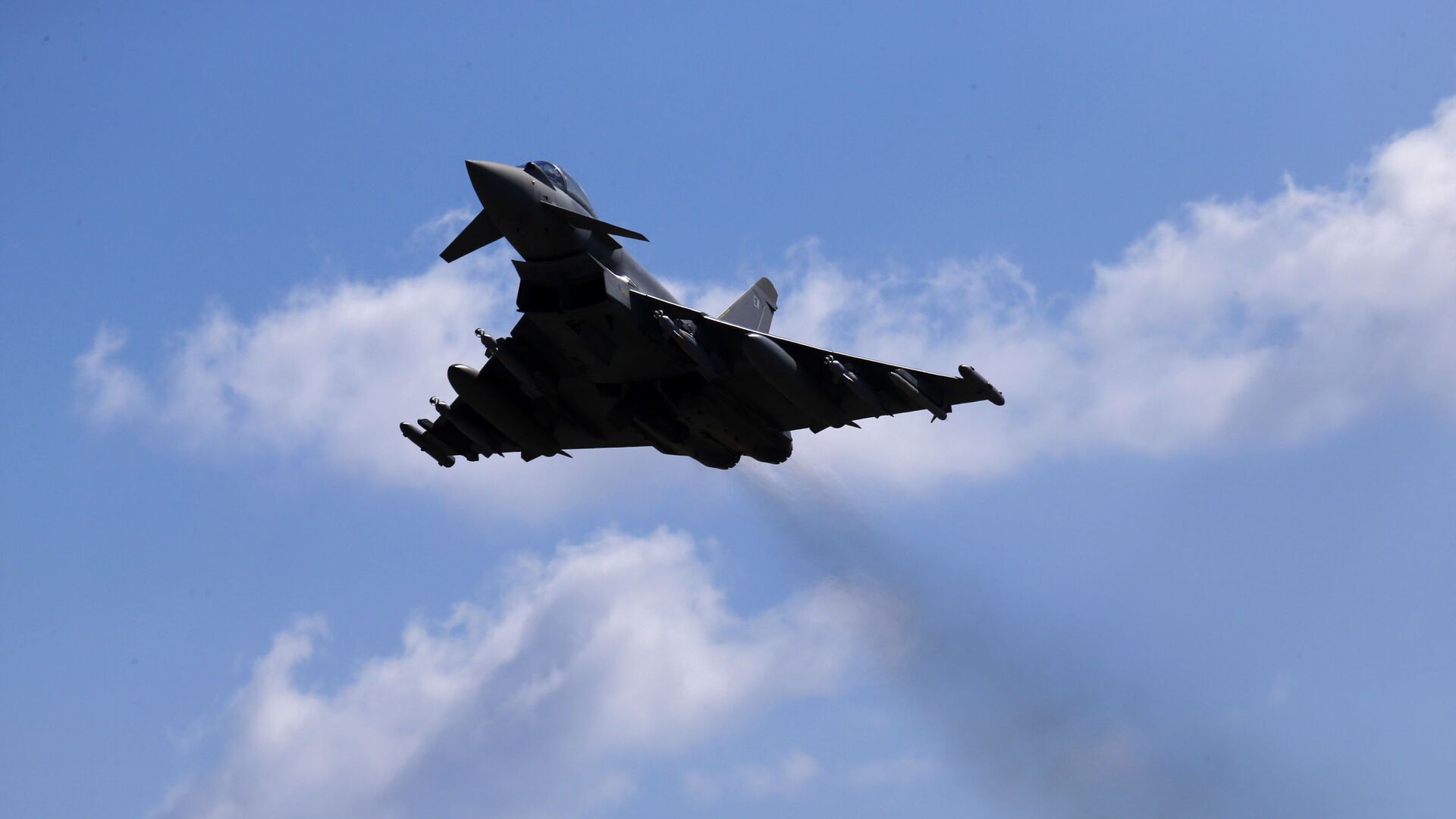 Oleg Burunov
All materialsWrite to the author
In November 2020, UK Prime Minister Boris Johnson announced the creation of the British Space Command as part of the commonwealth's biggest defense expansion since the end of the Cold War.

The Express has cited unnamed sources as saying that the UK’s Space Command could soon be sending Royal Air Force (RAF) Typhoon fighter jets to the "edge” of outer space to drill the destruction of enemy satellites.

The sources explained that the training missions are expected to be conducted by “Top Gun” pilots who will take part in simulated attacks on Chinese and Russian military and communication satellites.

Training flights without missiles will be carried out at the altitude of 40,000ft (12km) above the Earth, while a real-life attack will see Typhoon jets target the objects and release anti-satellite (ASAT) missiles at 60,000ft (18km), according to the insiders. 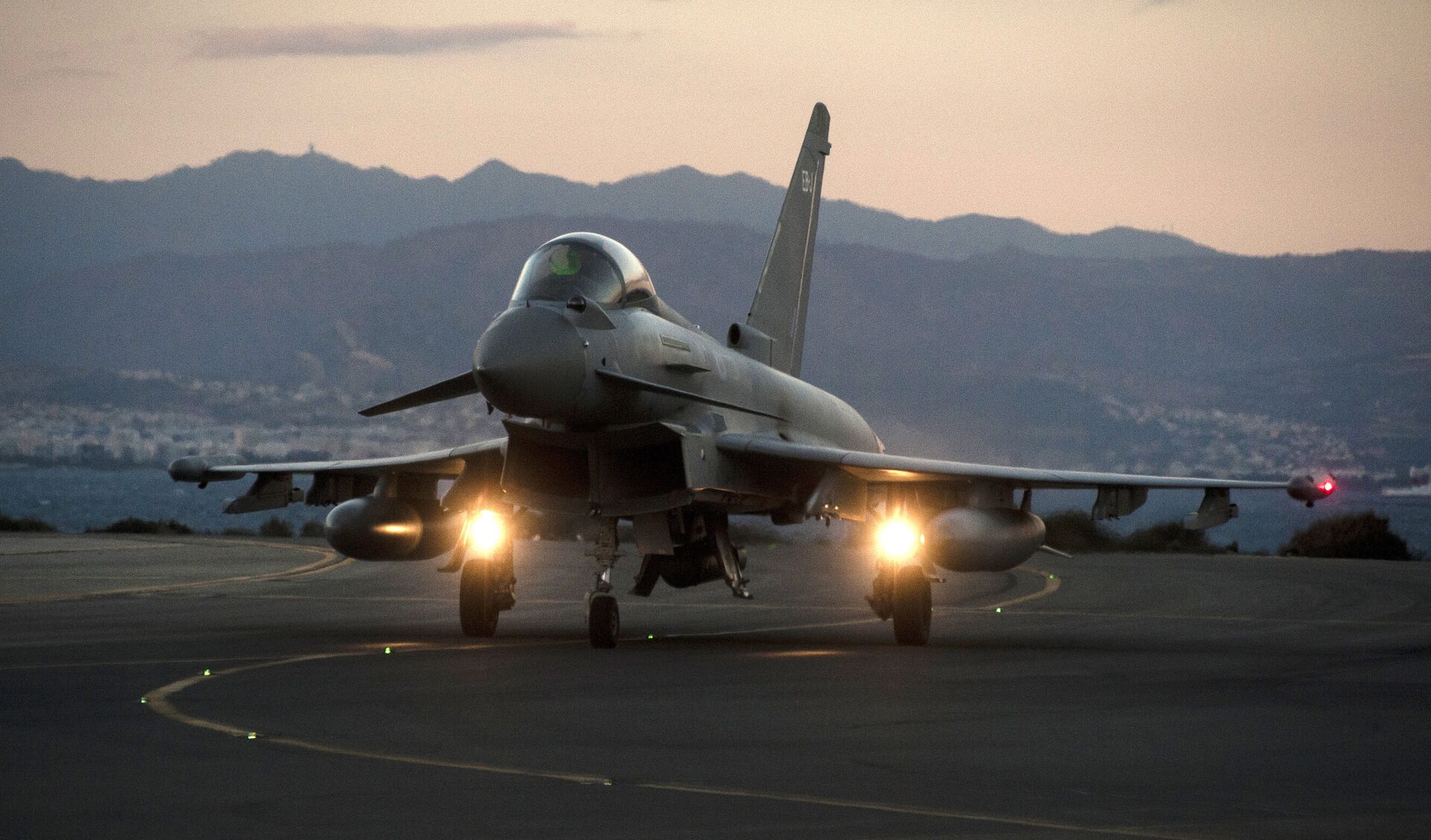 A British Royal Air Force Eurofighter Typhoon fighter jet is seen on the tarmac at the British airbase at Akrotiri, near Cyprus' second city of Limassol on December 3, 2015
© AFP 2022 / IAKOVOS HATZISTAVROU

The claims came after UK Air Chief Marshal Mike Wigston said that it is still “contentious” to talk about space as a military domain, but that it would be “tantamount to negligence” if the UK armed forces failed to grapple with the threats related to crucial satellite functions, including GPS navigation.

“A future conflict may not start in space but I am in no doubt it will transition very quickly to space, and it may even be won or lost in space. So we have to be ready to protect and, if necessary, defend our critical national interests”, Wigston pointed out, referring to “China, Russia and others developing anti-satellite capabilities”.

Russia and China have repeatedly expressed their opposition to the deployment of weapons in outer space, and warned about the dangers of an arms race in this area.

Moscow launched a Cosmos-series inspector satellite from the Plesetsk Cosmodrome in November 2019, with its stated mission being the inspection of the material condition of other Russian satellites orbiting Earth.

US Space Force Announces Contracts for First 8 ‘Wide Field of View’ Missile Early Warning Satellites
Wigston’s remarks followed UK Prime Minister Boris Johnson announcing in November 2020 the creation of the British Space Command, which he said was, in particular, caused by the more perilous international situation than at any time since the Cold War.

This came less than a year after the US established its own US Space Force (USSF) as a new branch of the US military, ostensibly in response to the growing space capabilities of Moscow and Beijing.

As for the UK’s Space Command, it is likely to take over development of the new Skynet 6 communications satellites and the possible creation of a UK Global Navigation Satellite System, along with surveillance satellites and ballistic missile defense radar networks.