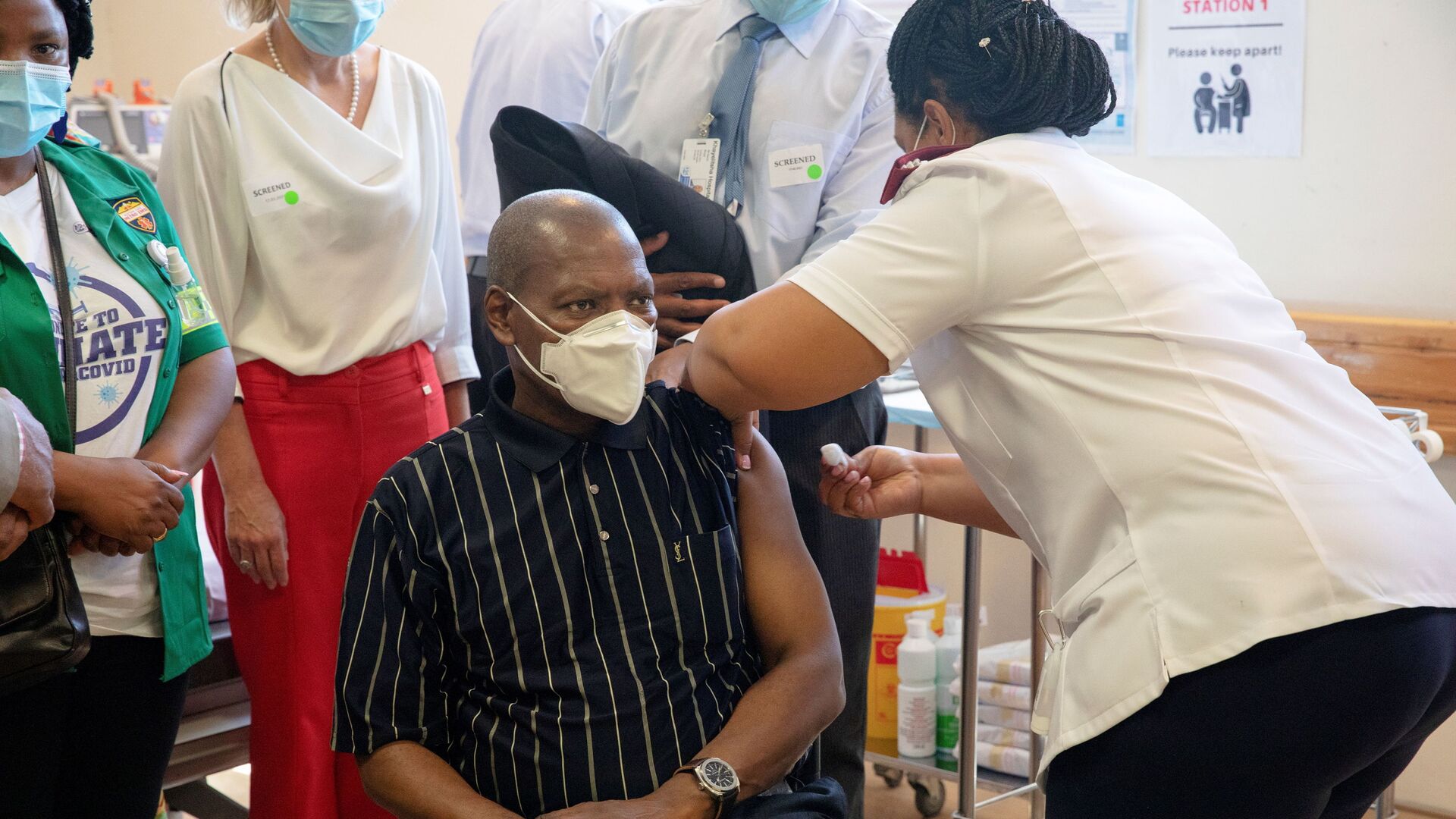 James Tweedie
All materialsWrite to the author
South Africa's COVID-19 vaccination programme is yet to begin after several false starts, including initial reliance on the WHO's Covax scheme and this month's decision to abort the rollout of the already-delivered AstraZeneca jab.

South Africa will stick to its planned rollout of Pfizer's COVID-19 vaccine despite a new study that cast doubt on its usefulness against local strains of the virus.

Health Minister Zweli Mkhize told the South African Sunday Times he was still "comfortable" with the Pfizer jab after a study published by the New England Journal of Medicine showed it was only a third as effective against the 501Y.V2 variant that is dominant in South Africa.

"It's not a setback at all. But we will do an implementation study with the first few batches. We will vaccinate the first few and monitor them", Mkhize said.

But earlier this week the government said it would give away one million doses of the AstraZeneca-Oxford vaccine, already paid for and delivered by the Serum Institute of India, to regional bloc the African Union after another study — not yet peer-reviewed — indicated it was less effective against mild and moderate infections. That was despite the World Health Organisation (WHO) approving that jab for use against all strains of the deadly virus last week.

South Africa is due to receive the first small batch of the Pfizer jab early next month, but the bulk of the 20 million doses it has on order will not arrive until May. Meanwhile, it will begin a clinical trial of 80,000 doses of the US-made Johnson & Johnson vaccine — which has yet to be approved for general use in the country — in healthcare workers.

The head of the government's Ministerial Advisory Committee (MAC) for Vaccines Professor Barry Schoub claimed "too much" was being made of the Pfizer study — while defending the decision to dump the far-cheaper Oxford jab.

"The efficacy reduction is not that significant", Schoub claimed, while admitting: "we do not know its absolute efficacy yet". But the professor insisted "SA should absolutely be getting this vaccine".

"We have good data from the Johnson & Johnson vaccine and almost [as] good data from Pfizer. We still, however, don't know how effective AstraZeneca is against severe infections, although against mild and moderate symptoms it is only 22 per cent effective."

South African Medical Research Council (SAMRC) President Glenda Gray, on whose advice Mkhize decided to drop the Oxford jab, said the Pfizer vaccine should be given a second chance with an effective field trial.

"It is important to establish real life, in vivo, data in clinical trials. In vitro data is an indication, but we need to know how it works in the field", Gray said. "I think it is important to go ahead and there should be a parallel stream, rapidly evaluating the data".

Ramaphosa has been accused of favouring J & J over its rivals since the firm's South African-licensed producer Aspen Pharmacare donated millions of rand to his 2017 campaign for leadership of the governing African National Congress.

While South Africa is a member of the BRICS bloc of emerging economies, it is yet to place orders for fellow-member Russia's Sputnik V vaccine, preferring to rely on the WHO's Covax programme until the beginning of this year when it became clear supplies would not arrive until June. On Thursday, SAHPRA claimed the Gamaleya Research Institute, which developed Sputnik V, had not yet provided data on the vaccine for approval by the regulator.