MSC 2021: US of Today No Longer The One of the 'Cavalry is Coming' in Europe's Eyes, Analysts Say 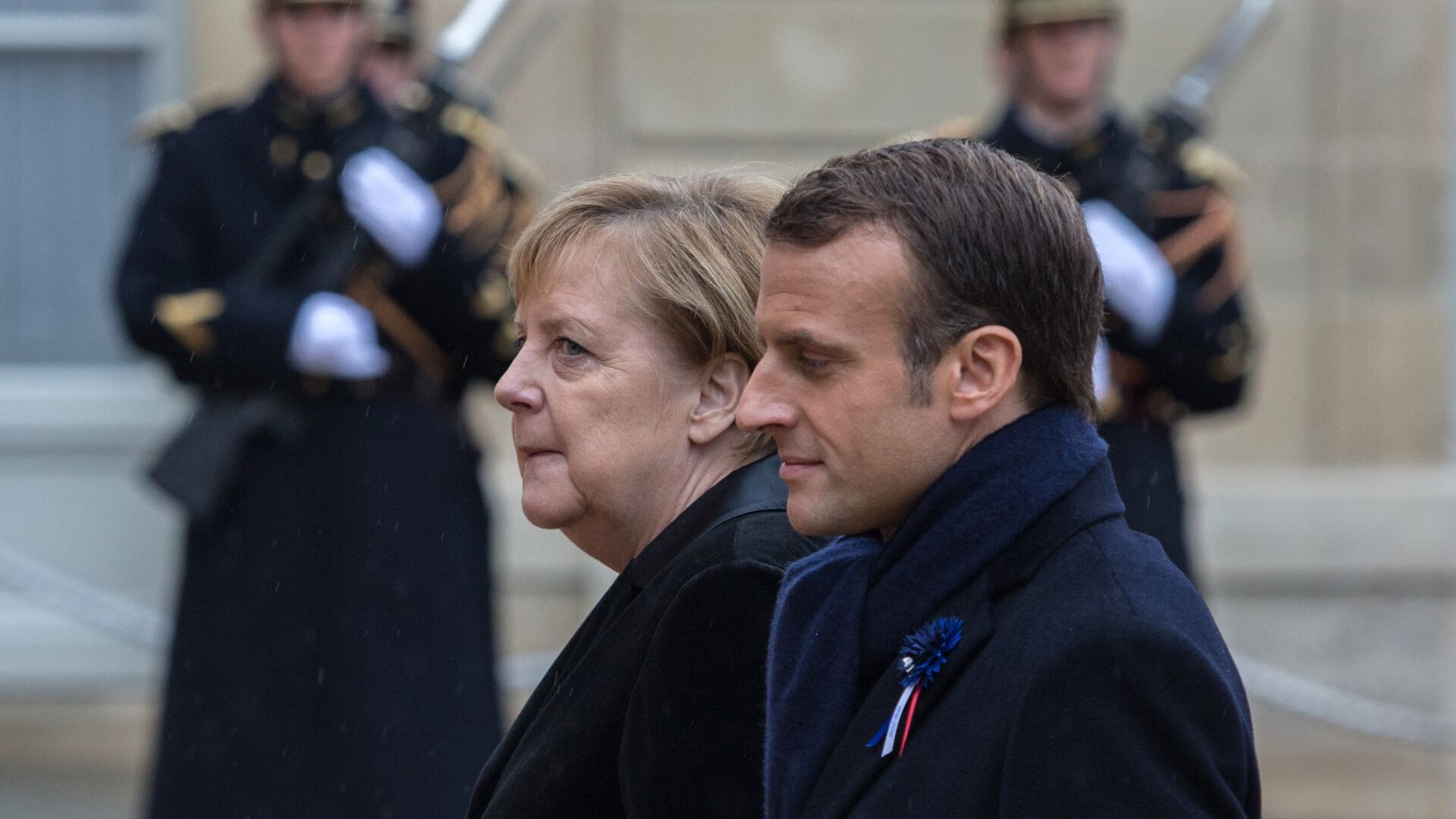 Ekaterina Blinova
All materialsWrite to the author
On 19 February, Joe Biden addressed European leaders at the virtual Munich Security Conference, asserting that "America is back" and ready to shred Donald Trump's "America First" agenda. "The transatlantic alliance is back. And we are not looking backward; we are looking forward together", he declared.

In his Munich Security Conference speech Joe Biden urged EU member states to come up with a common strategy in order to push back against Russia and China. He also emphasised the importance of Article 5 concerning NATO's collective defence and reiterated Washington's support for international platforms such as the United Nations, the World Health Organisation (WHO), the Conference of the Parties (COP), G7, and others, repeatedly snubbed by his predecessor.

The leitmotif of Biden's message was that Europe is "still an American affair as it became in 1917 and again in 1943", notes Paolo Raffone, a strategic analyst and director of the CIPI Foundation in Brussels.

"[With] his call for the allies to follow and support his 'America is back' and 'Build Back Better' strategy, he concluded the 'long telegram' re-exhuming the dreams of Apollo spacecrafts with the attempted exploration on Mars", he says, adding that contrary to some expectations "European leaders, particularly Merkel and Macron, did not abide to the gentle protective American cloak".

"I'm sending a clear message to the world: America is back." – @POTUS Joe #Biden at the #MSC2021 Special Edition. @WhiteHouse #AmericaIsBack pic.twitter.com/Kgv0SwpAzi

​Responding to Biden's speech French President Emmanuel Macron noted that while he appreciated the list of "common challenges", Europe has "an agenda that is unique". In his speech at the conference, the French president placed an emphasis on Europe's "strategic autonomy" and suggested that NATO's new blueprint should involve "a dialogue with Russia". In a reference to his EU Army concept, Macron remarked that "it is time for [Europe] to take much more of the burden for our own protection".

​German Chancellor Angela Merkel appeared to be more diplomatic than her French peer, but was still firm. Having agreed with Biden that the EU "must do something" to counter Russia and China, she, nevertheless, made it clear that European and American interests "will not always converge". Germany remains one of a few European states to withstand Washington's pressure concerning its programmes involving China's 5G technology and Russia's Nord Stream 2 project.

"[Merkel] stated that 'security is interlinked', indirectly dismissing Biden's request to join forces to further contain China and to punish Russia that, in Biden's words, is a 'weaponised threat' to democracies and freedom", says Raffone.

Despite feeling "orphaned" throughout Donald Trump's presidency, European leaders very soon understood "the importance of the specificity of their own identity and function in the construction of the new world system", believes Tiberio Graziani, head of the Italy-based Vision and Global Trends International Institute for Global Analyses.

Macron and Merkel basically told Biden to go home when he proposed working together against Russian and Chinese threats.

This is how Western Europe gives up, I am so ashamed.

​"Europeans will no longer look at the US as they once did", he says. "'America [is] back' is a slogan that would like to reassure not only US citizens but allies of the NATO bloc, but it demonstrates the weakness of the US. The US of today is no longer that one of the Cavalry is Coming!"

Washington Needs to 'Build Back Differently'

Biden's attempt to unite Europeans on the basis of fighting "a common enemy" is also sending a message to the American people in a bid to distract them from brewing domestic social and economic problems, according to Graziani.

"The external enemy - real or false as it is - serves Biden to compact around his administration both the American population to distract them from the deep internal problems that are social, economic, and ethnic and the allies in a 'Western front'", he explains.

One may expect the Biden administration to use all the frictions and misunderstandings that exist between Russia, China, and Iran and the various NATO member countries, the scholar suggests, claiming that Washington will routinely use "the rhetoric of human rights and so-called Western values to create an ideological distrust" of Russia, China, and Iran. Still, when it comes to Paris and Berlin, the two managed to maintain "constructive relations - between ups and downs" - with Moscow, Beijing, and Tehran, regardless of Washington's tough foreign policy approach towards the three over the last few years.

Biden/Macron and Merkel
sent a very strong signal from the Munich Security Conference how important the transatlantic relationships are. On a personal note: There are many differences between our countries which we have to tackle - but this feels so good. #MSC2021

​Not only do European allies appear unwilling to dance to the White House's tune, but "large American businesses and financial actors did not follow Trump's sanctions on China and will not do so if Biden insists on containing China", remarks Paolo Raffone.

"Instead of Building Back Better, the American leadership would be recognised if Biden's message is 'Build Back Differently'", he says. "But this remains an auspice. In fact, the US does not appear ready to accept a multipolar world. It perseveres in believing that its place as a global leader is just as it was after 1945. As we all like Americans, let us collectively help them to make no further mistakes. Europe, Russia, China, India, and Africa are no more what they were. A cultural overhaul, as suggested by President Xi this year at WEF, is urgently needed".