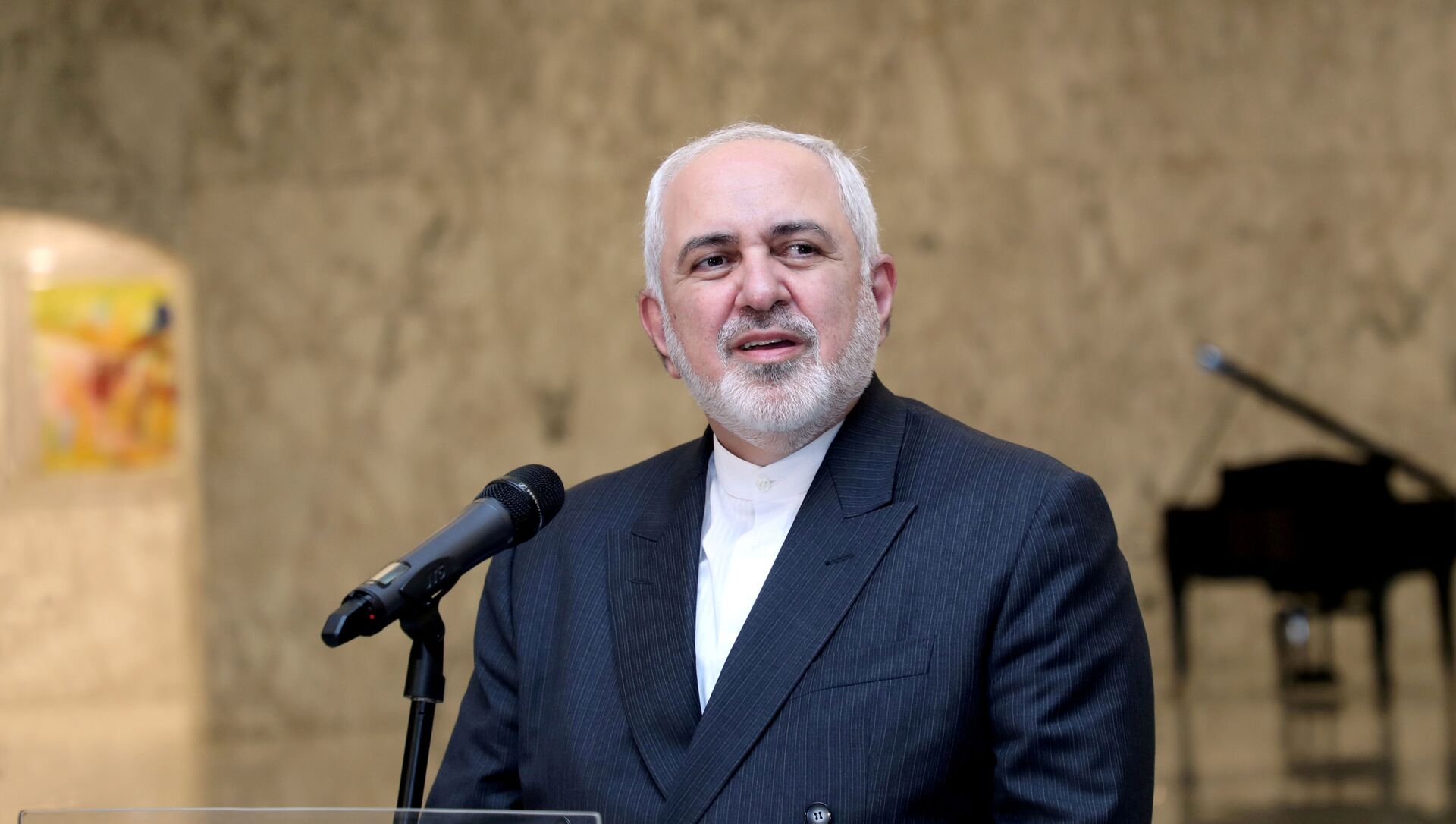 James Tweedie
All materialsWrite to the author
The US has signalled its willingness to "show up" to multilateral talks with Iran on reviving the 2015 nuclear energy deal with former president Donald Trump withdrew from. But Israeli PM Benjamin Netanyahu has claimed it would pave the way for Iran to develop nuclear weapons.

In a tweet on Saturday, Zarif seized on media reports of new works in progress at the Dimona facility in the Negev desert — which enriches fissile for Israel's unofficial but widely acknowledged nuclear arsenal.

He asked US President Joe Biden and the leaders of the remaining western parties to the 2015 nuclear energy deal with Iran — British Prime Minister Boris Johnson, French President Emanuel Macron and German Chancellor Angela Merkel — if they were even a little "concerned" at the development.

​Earlier this week the so-called E3 — the UK, France and Germany — and the US demanded that Iran cease uranium enrichment. In January, Iran's Fordow plant resumed refining uranium to a 20 per cent concentration of fissile isotope uranium-235 at a rate of half-a-kilo per day. That degree of purity is way below the 90 per cent level needed for nuclear weapons, but higher than used in most nuclear reactors.

They also warned Tehran against moves to block International Atomic Energy Agency (IAEA) inspections mandated under the Joint Comprehensive Plan of Action (JCPOA) unless all other parties honour their own commitments under the pact.

Washington is yet to return the JCPOA, which former president Donald Trump withdrew from in 2018 — re-imposing sanctions on Iranian oil exports that were lifted under the deal.

Last week Zarif attacked the E3 for calling on Iran to return to the deal without a similar commitment from the US. But on Thursday US State Department spokesperson Ned Price said Washington was willing to "show up" if the remaining parties — including Russia, China and the EU trade bloc — arranged a summit.

But Israeli PM Benjamin Netanyahu warned the US on Friday that reviving the JCPOA would "pave Iran’s path to a nuclear arsenal.”

Israel is estimated to have between 80 and 400 nuclear weapons in its clandestine arsenal — although it has never tested such a device on its own territory. Iran has consistently publicly renounced nuclear weapons development in line with a long-standing fatwah by supreme leader Ayatollah Ali Khamenei.