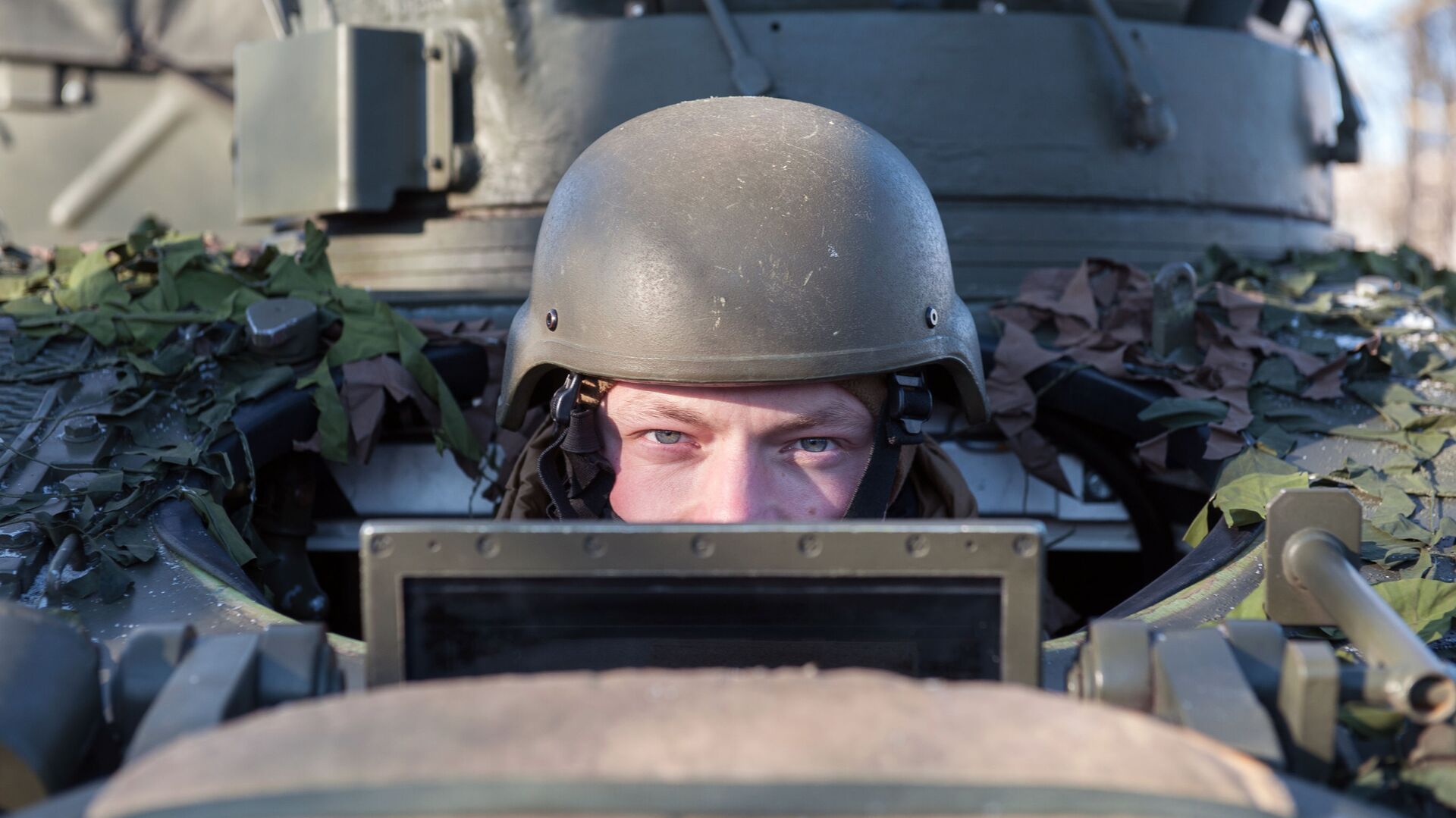 Ekaterina Blinova
All materialsWrite to the author
As Clinton and Obama-era hawks have returned to office under Joe Biden, NATO is trying to refurbish its strategy depicting Russia and China as major threats. International observers have discussed whether Europeans will buy into the alliance's narrative and step up funding of the Cold War-era alliance.

NATO Secretary General Jens Stoltenberg has outlined his proposals for the military bloc's member states, calling them, in particular, to step up funding for "core deterrence and defence activities".

"This would support allied deployments in our battle groups in the eastern part of our alliance, air policing, maritime deployments, and exercises", the secretary-general told journalists, adding that it would strengthen the alliance and contribute to fairer burden-sharing.

'NATO Doesn't Have a Real Threat'

"Secretary General Stoltenberg is now proposing to apply the common financing for NATO deployments in the context of enhanced Forward Presence in Poland and the Baltic States as well as to exercises and other NATO training events", says Dick Zandee, senior research fellow and head of the Security Unit at the Hague-based think tank Clingendael Institute.

The number of NATO currently countries fulfilling the 2 percent GDP target has increased to 10, Zandee points out:

·         A group of countries is approaching the target: Bulgaria, Croatia, Montenegro, Slovakia, and Turkey.

·         The next group – unlikely to reach the 2 percent target by 2024 – spends between 1.4 and 1.6 percent GDP on defence currently: Albania, Canada, Czech Republic, Denmark, Germany, Italy, the Netherlands, and Portugal.

Stoltenberg's call to pay at least 2 percent of GDP comes at a vulnerable moment for the alliance, as the COVID pandemic continues to rage and subsequent economic recession may be seen as a challenge by some less-developed member states, according to the scholar.

Check out the 🆕 figures for #NATO's Enhanced Forward Presence. #eFP

​Still, financial matters are not the major hurdle in the path to accomplishing the bloc's payment target, believes Professor Anatol Lieven, a senior fellow from the New America Foundation in Washington, DC, and an international politics expert at Georgetown University in Qatar. The real problem, as far as this target is concerned, is that "there isn't a [security] crisis and there isn't a real threat", according to him.

NATO's attempts to depict Russia and China as an imminent threat to the bloc don't appear convincing for the alliance's member states, he notes.

It appears that "ever since the end of the Cold War, NATO has been engaged in a desperate attempt as an organisation to find new purposes for itself", the academic says. To that end, Jens Stoltenberg suggested reconsidering NATO's 2010 strategic concept in light of China's rise and the deterioration of relations with Russia. Beijing immediately reacted to Stoltenberg's initiative by calling NATO's new strategic concept a "Cold War mentality".

Although the bloc's relations with Russia and China are likely to remain tense, the Europeans have little appetite to engage in further confrontation with the said countries, according to Lieven. If one looks at the Eastern Europeans, who claim to be so terrified of Russia, one would see that even they are not willing to fork out, the academic remarks.

"And as far as NATO deploying actual forces against the Chinese, I think that is absolutely out of the question", he says forecasting "massive opposition to that in most European countries". 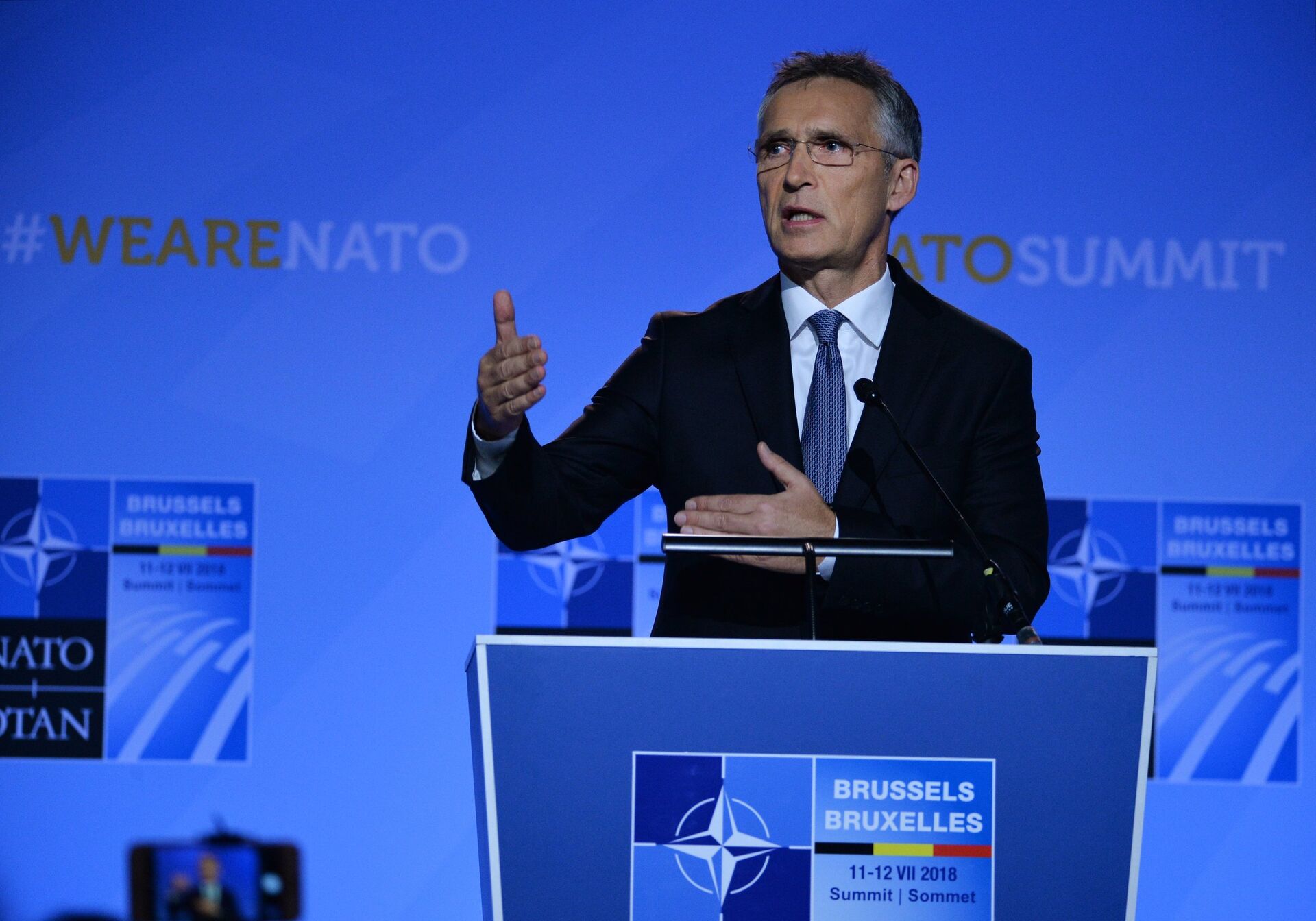 Europeans Have Little Appetite to Fight in Washington's Wars

Joe Biden's win in the 2020 election has already improved US-NATO relations in terms of language and public atmosphere, notes Anatol Lieven, adding, however, that the substance of Washington's displeasure with "free-riders" voiced by Donald Trump and earlier by Barack Obama will remain unchanged.

The academic called attention to the Biden administration's rhetoric and, in particular, such phrases as "America is returning to the head of the table" and "America is returning to its position as the leader of the free world". "In other words, the ambition is that America will dictate more politely - with the appearance of consultation - and other countries will follow", he remarks.

NATO has since announced plans to expand its training mission in Iraq from 500 to around 4,000 personnel. Meanwhile, Joe Biden has not announced whether he will withdraw from the region in accordance with a deal struck with the Taliban by the Trump administration or will stay after the 1 May deadline. For their part, the member states have yet to decide on NATO's 9,600-strong support mission in Afghanistan.

Ministers decided to expand @IraqNato mission to support local forces in their fight against terrorism. We'll increase from 500 to around 4000 personnel & include more security institutions & areas. #NATO's mission will continue in full consultation with #Iraq's government.

​Europeans do not have a lot of enthusiasm about ramping up these missions, according to Lieven. He recalls a talk with an American officer in Afghanistan, when NATO was actually relatively heavily involved there:

"When I asked him about how relations between NATO, European countries, and America worked out in Afghanistan, he said: 'Oh, it's simple. We pretend to listen to them and they pretend to fight'. He then, by the way, apologised to me as a Brit because, of course, the British did fight pretty hard in Helmand. But for the rest, he regarded them basically as completely worthless, militarily speaking, and certainly not to be listened to on any point of importance. So I think that sums it up pretty well, actually".

#NATO Defence Ministers discussed #Afghanistan. We are facing many dilemmas & there are no easy options. We have not taken a final decision on our future presence, but as the 1 May deadline is approaching, we will continue to consult & coordinate together as an Alliance. pic.twitter.com/USwFtAnosc

​In addition to this, "there is also intense scepticism in European publics about American-led military interventions, after what's happened in Afghanistan, Iraq, and Libya", the academic highlights.

"So, that just isn't the motivation in European publics to pay more", Lieven says. "And, of course, the deep economic crisis brought on by the pandemic and the huge sums that are having to be spent to try to recover from that crisis will make European publics even less willing to pay. I don't myself see this as going very far, although there may be some symbolic moves in that direction, partly in order to please and help the Biden administration, since the Europeans are so anxious to do that".