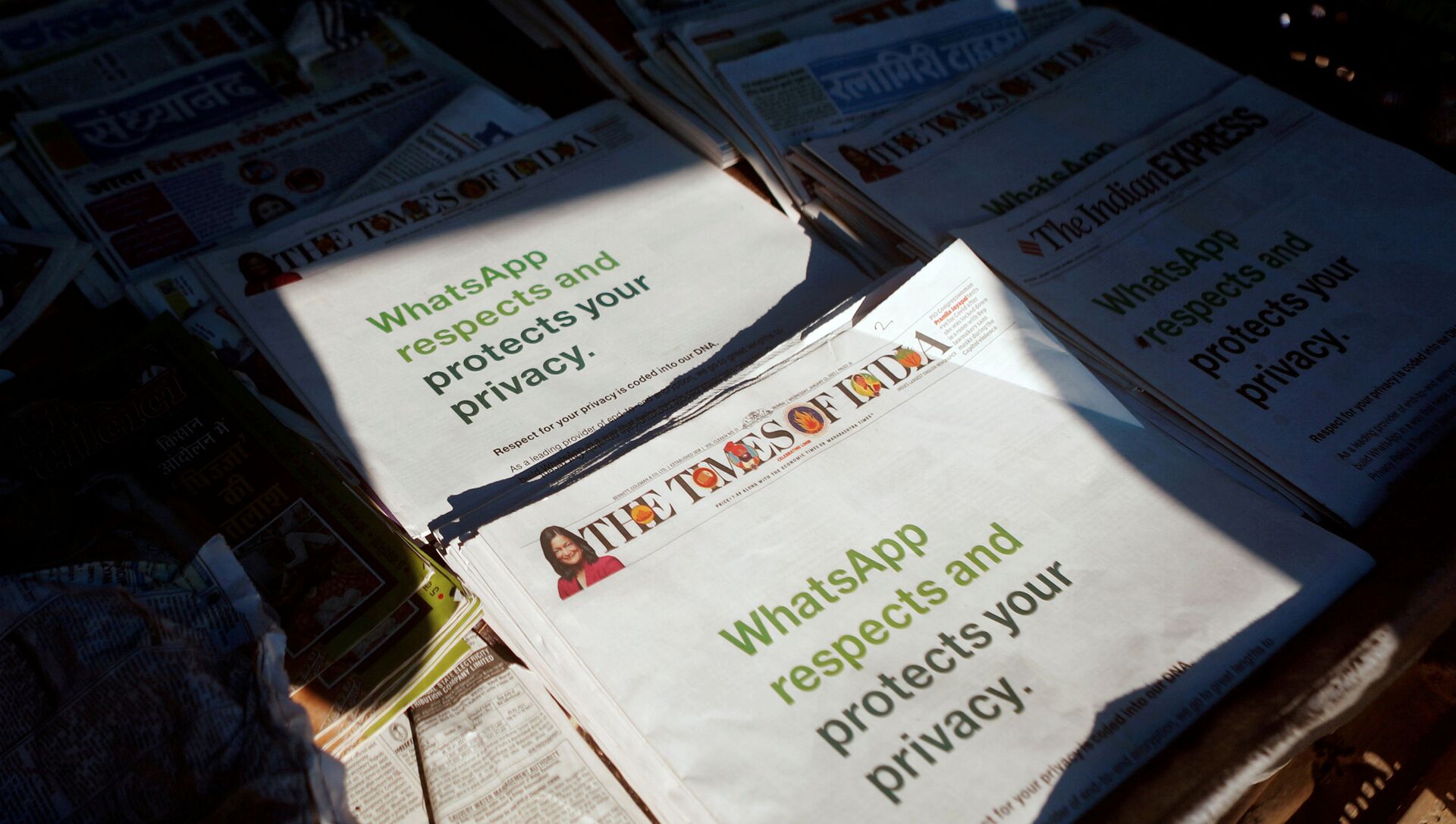 MOSCOW (Sputnik) - WhatsApp users who fail to accept the app's new terms and conditions before the May 15 deadline will not be able to read or send messages, TechCrunch reported on Saturday, citing the Facebook-owned messenger’s email to one of its merchant partners.

Earlier this week, WhatsApp said that it would allow users to carefully review its privacy update and "slow ask" them to comply with the new terms.

"[If users don’t accept the terms] for a short time, these users will be able to receive calls and notifications, but will not be able to read or send messages from the app," WhatsApp said in an email to one of its partners, reviewed by TechCrunch.

WhatsApp also said that its policy on inactive users, which envisions removal of their accounts after 120 days of inactivity, will be applied after May 15.

WhatsApp has recently announced a new policy that would mandate sharing data with parent company Facebook. After a chorus of concerns raised by users following the announcement, and because of Facebook’s tarnished track record on privacy, WhatsApp announced it would delay adopting the new policy from February till May.