Vaccine Passport Push Exposes the Bullying Authoritarians in Our Midst 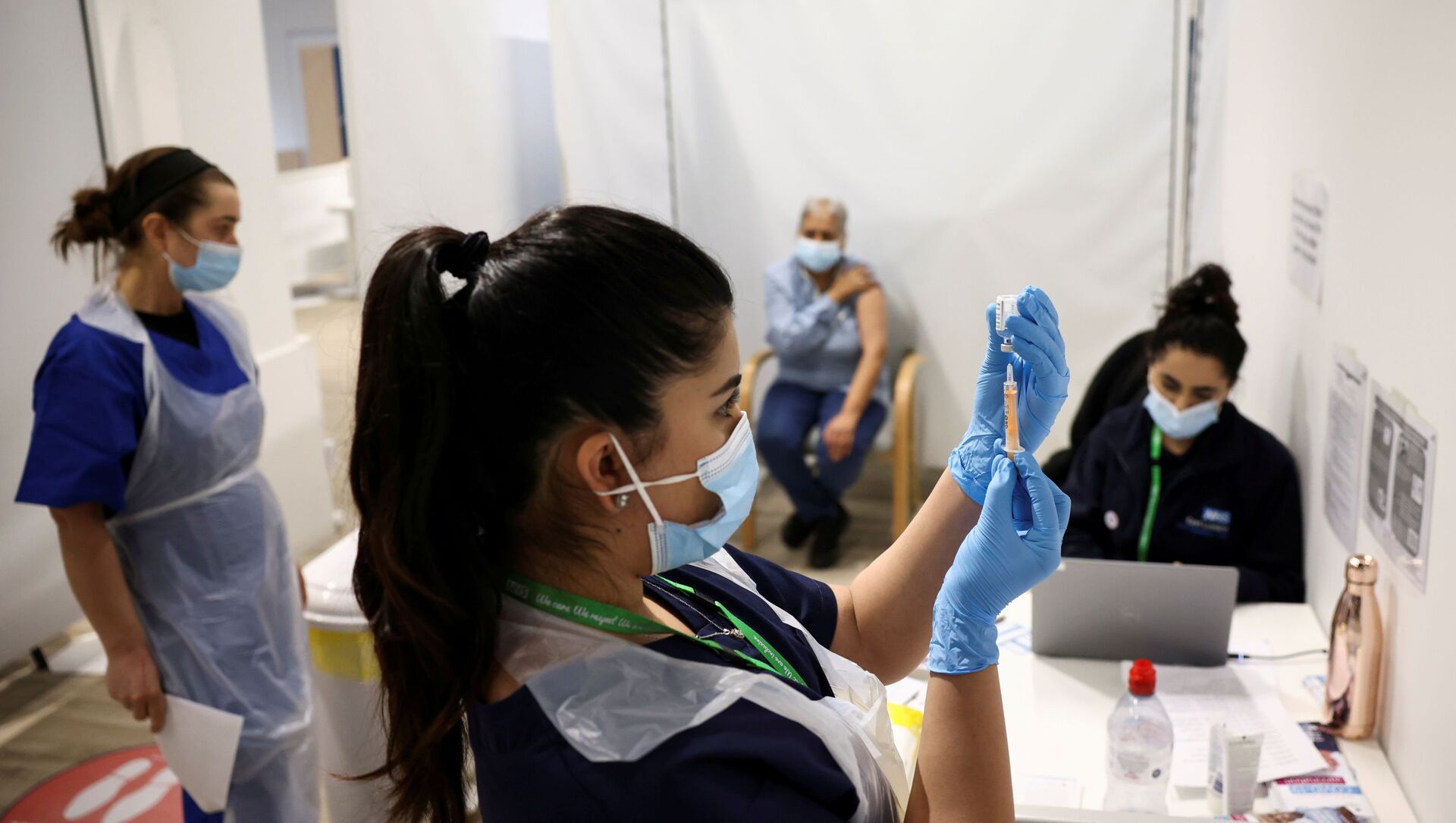 Neil Clark
All materials
Twelve months ago it would have been unthinkable that any public figure would be suggesting that people would need to show their vaccination records before entering a shop, or any public place, but that’s where we are in Britain today.

This week we’ve seen a number of politicians and high-profile media figures promote the idea of mandatory vaccine passports. And not just for international travel. On Sunday, Foreign Secretary Dominic Raab, who, I kid yet not, once wrote a book entitled 'The Assault on Liberty', refused to rule out vaccine passports to allow entry to supermarkets and pubs. 'It is under consideration' he said.

While most normal people reacted with disgust to the suggestion that we should need to prove that we’ve been vaccinated for Covid in order to buy half a dozen eggs and a pint of milk in the local Tesco’s, Good Morning Britain’s motor-mouth presenter Piers 'For Fears' Morgan who has played a massive part in stoking Covid hysteria, couldn’t curb his enthusiasm for the idea.

​That’s right. Morgan wants those who either don’t wish to have a vaccine (their democratic right), or who cannot for medical reasons, to be barred from all public places. And he calls both groups 'covid-denying anti-vaxxer loonies'. Hate speech? It surely must come close.

Morgan’s ITV colleague Robert Peston was also banging the drum for vaccine apartheid on his television show on Wednesday.

​On his programme Peston interviewed Tory backbencher MP Steve Baker and asked him: "So are you saying that you shouldn’t have to prove that you’ve had a vaccine?"

Baker answered: "Within the UK, to go to the pub, the theatre… No". To which Peston uttered the words "Why not?" in such a way as if Baker’s opposition to vaccine passports for the pub and theatre was something completely beyond the pale.

​Got it? Those who don’t want- or can’t have- a Coronavirus vaccine are a ‘menace’. Isn’t this sort of language- calling certain groups ‘a menace’, how Nazi Germany started? ‘Anti-vaxxers’ without ever being defined, are now designated Public Enemy Number One. The new witches to be witch-hunted by once objective current affairs programmes like the BBC’s Panorama.

But it gets worse. In his Daily Mail column on Friday Richard Littlejohn went one stage further.

He actually out-Morganed Piers Morgan. Supporting the idea of 'No Jab, No Job', put forward by Pimlico Plumbers, he wrote: "If some people don’t like the idea of getting the jab, I wouldn’t force them. But maybe refusniks should have to wear a bell round their necks and sport a sandwich board declaring themselves "Unclean"".

Just how appalling is that?  It’s the second year of the second decade of the 21st century and we have a national newspaper columnist suggesting the unvaccinated need to be treated like lepers.

If people being forced to walk the streets with bells round their necks like mountain cows in Switzerland - and sporting sandwich boards which declare themselves ‘Unclean’ sounds familiar, then think back to what happened in a certain country in Europe in the 1930s. That didn’t end well, and neither will this.

Egged on by certain politicians and media figures, Britain is sleep-walking towards fascism, that’s if we’re not there already. All decent people- who value our age-old freedoms- must make a stand against what is going on, before it is too late.

The "owning" of Littlejohn in the comments section below his utterly vile piece gives us cause for optimism that people are finally saying "Enough is Enough" to all this bullying.

In racing the big meetings on Saturday take place at Ascot and Haydock. The Ascot Chase at 3.35 looks a great opportunity for Cyrname to get back to winning ways. Paul Nicholl’s 172-rated chaser, who wears cheekpieces for the first time,  disappointed once again in the King George at Kempton and fell heavily in this race twelve months ago but otherwise has a great record over course and distance.

Earlier, in the 3m handicap chase at 2.25 the veteran soft/heavy ground specialist Regal Encore, third in the race twelve months ago, can make the frame again at odds of around 9-1.

At Haydock, the main feature is the 3m4f Grand National trial at 2.40. Both  Achille and The Two Amigos ran great races in defeat in the Totesport Classic and the Welsh Grand National respectively on their last outings and are two for the shortlist.

The Ferry Master, who has won his last two starts may give us a pay-out in the 1.30, while old boy Sykes is worth an each-way interest at around 28-1 in the 3.50. Nicky Martin’s veteran won this race two years ago and was fourth in 2020, when he had to swerve a faller at the last. On Sunday, there’s a great rescheduled card at Newbury. The  Betfair Hurdle is ultra-competitive, but For Pleasure, who I was very impressed with when winning at Stratford in September, is still going the right way and may represent some each-way value at 20-1. Were you on the Chelsea 2 Newcastle 0 correct scoreline last Monday? Well, you would have been had you read my Premiership scoreline predictions.

The draw result between Brighton and Villa was also called correctly, as was Man City’s win over Spurs (ok, that wasn’t that hard to predict!), West Ham’s win to nil over Sheffield Utd and Arsenal‘s two-goal winning margin over Leeds. Let’s now take a look at this weekend’s fixtures and see if we can keep up our good form. The most eye-catching fixture is undoubtedly the Merseyside Derby. Both Liverpool and Everton go into this on the back of  league defeats: Everton have lost their last two, Liverpool their last three, but the key stat could be that The Toffees have won their last four on the road and haven’t  been beaten away from Goodison since 1st November.

Southampton who have lost their last six in the league, entertain resurgent Chelsea, who have won three in a row, while Fulham host Sheffield Utd in a real battle of the basement.