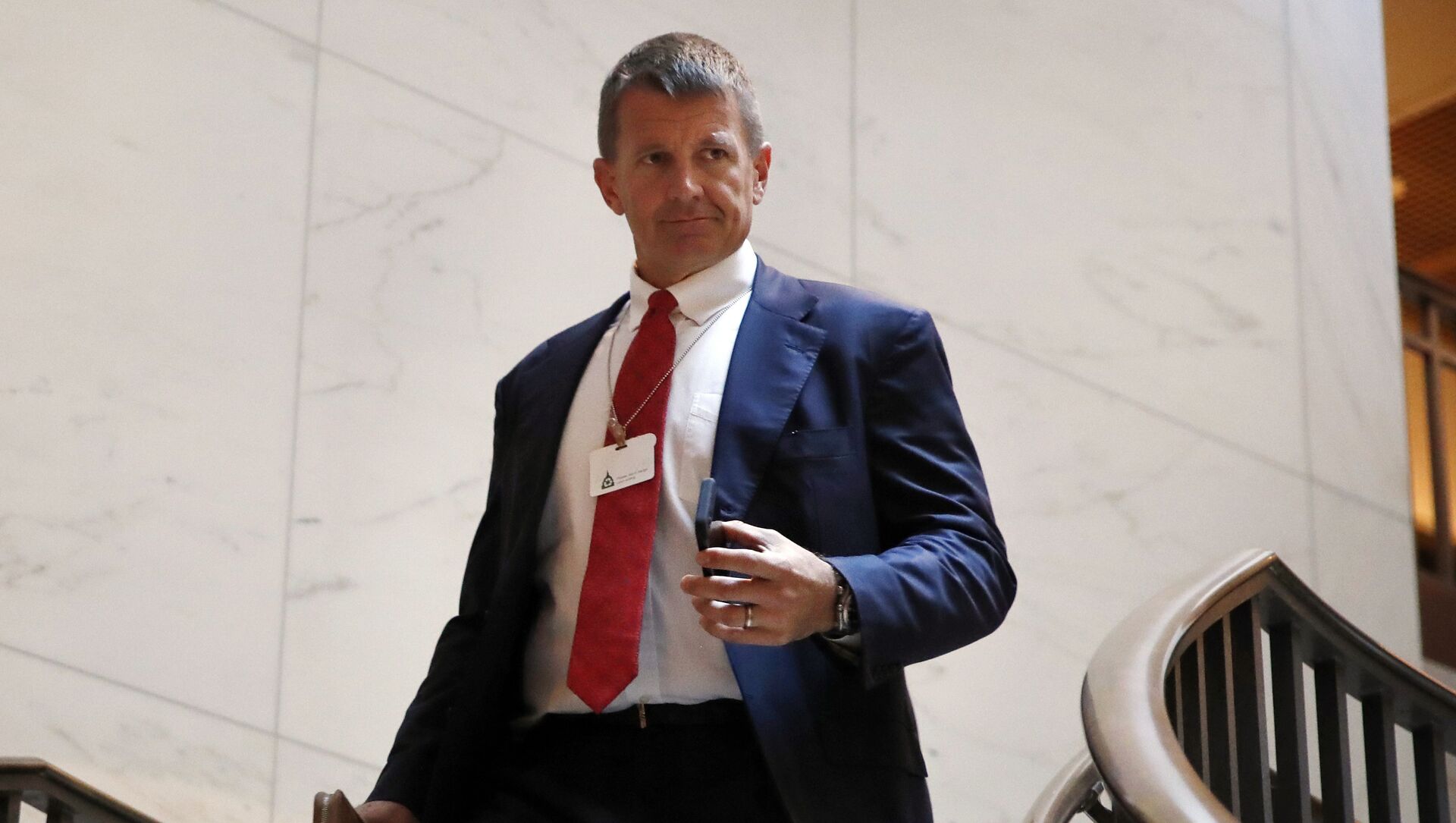 Morgan Artyukhina
All materialsWrite to the author
In April 2019, Libyan General Khalifa Haftar ordered his troops to advance on the capital of Tripoli, his army faltering amid stiff resistance from Turkish forces sent to support the UN-backed government. Bereft of options, Haftar turned to soldiers-for-hire to buttress his capabilities.

A United Nations investigation has found that private military contractor Erik Prince violated a UN-imposed arms embargo on Libya by furnishing weapons to Haftar, the rebellious commander of the Tobruk-based Libyan National Army, in 2019.

According to The New York Times, which viewed a copy of the confidential report, Prince provided Haftar with a mercenary force of attack aircraft, gunboats and hackers as part of an $80 million deal.

Also part of the deal was an elite mercenary outfit that called itself Opus Capital Asset Limited FZE and was headed by Christiaan Durrant, a former Royal Australian Air Force fighter pilot and close confidant of Prince. Durrant was unnamed in the NYT report, but a September 2020 investigation by the Australian Broadcasting Company’s “Four Corners” revealed his name and the details of the operation.

Durrant pitched Opus to Haftar as an on-call hit squad to use against his rivals, able to deploy in just seven days’ time and complete with helicopters and heavy weapons. The group included five Britons, two of whom were former Royal Marines; 12 South Africans; an American; and the three Australians - all of whom received upwards of $120,000 for what was supposed to have been a three-month job, according to an earlier report by the UK Independent.

However, after the group struggled to get a hold of the choppers in time and showed up in Benghazi empty-handed, Haftar was furious and they fled for their lives under cover of night in a pair of rubber boats.

"The general, not seeing all his fancy gunships that he had paid for, was furious," US conflict journalist Robert Young Pelton told “Four Corners,” relaying the story told to him by one of the hired guns. "The general said, 'I paid $80 million, where's my stuff?' And there were threats made against Durrant's life, personally by the general.”

Interesting to note is an observation by the Times, which noted that Durrant “made several calls to the main White House switchboard in late July 2019, after the mercenary operation ran into trouble.” Prince is a longtime supporter of then-US President Donald Trump, to whom he pitched more than one offer to take over military operations in a country from which Trump wanted to withdraw.

Blackwater achieved notoriety and infamy in 2007 after its contractors massacred 14 Iraqi civilians in Baghdad’s Nisour Square, during the US’ eight-year-long occupation war. After, the group attempted to rebrand itself as Academi. In December 2020, as he was preparing to leave office, Trump pardoned the four Blackwater contractors convicted in the killings.

According to the Times, Prince could now face UN sanctions, including a travel ban and a freeze on his bank account and other assets. However, ABC noted that if Durrant is found in violation and an Australian court agrees, he could face 10 years in prison or $500,000 in fines.