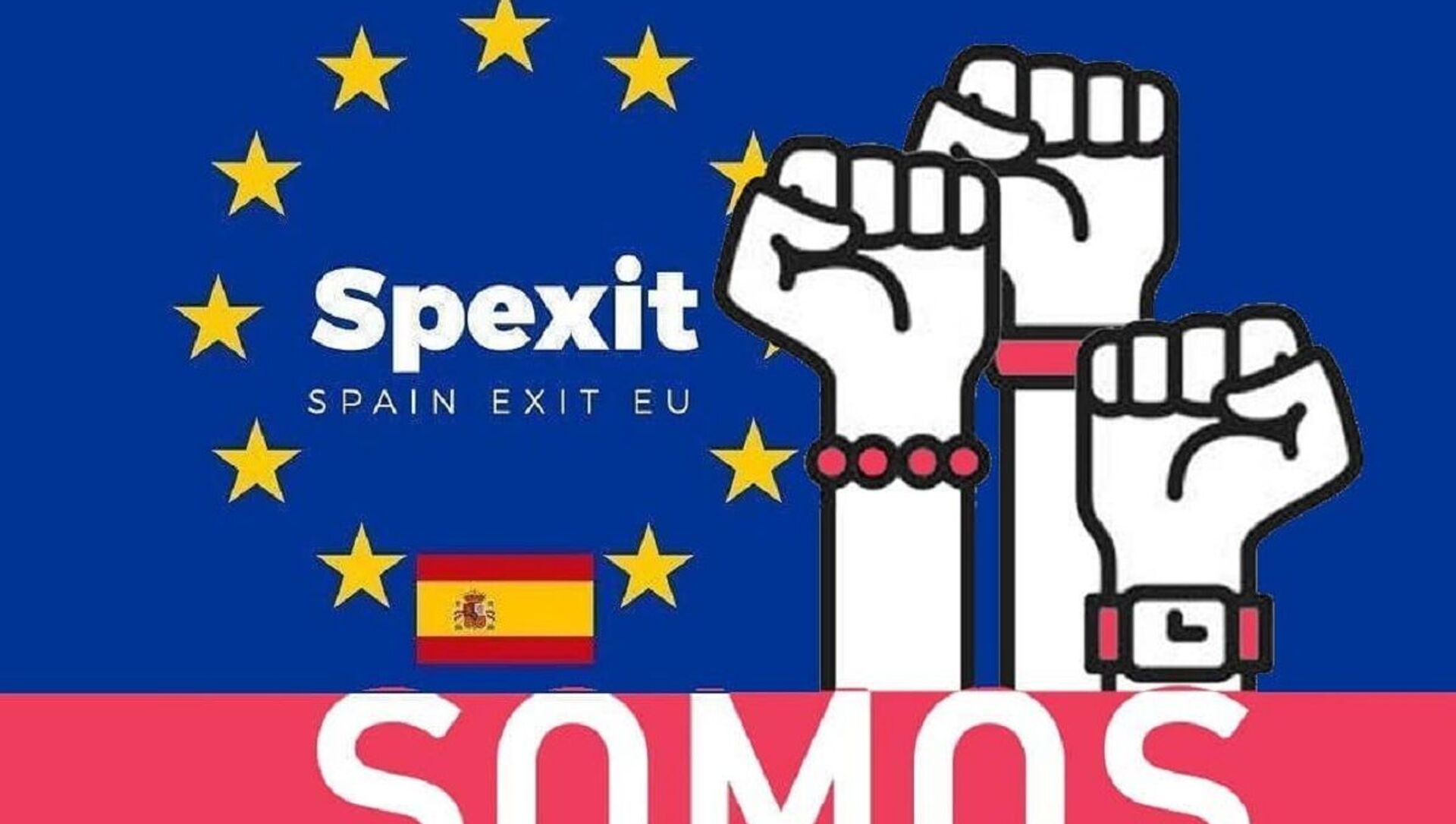 Oleg Burunov
All materialsWrite to the author
Earlier this week, SOMOS Espana party leader Luis Carlo Nogues teamed up with Frexit and Italexit leaders as well as a former Brexit Party MEP for a continental campaign to leave the EU.

The Spanish left-wing Eurosceptic party SOMOS Espana has published a manifesto on launching a campaign to hold a referendum related to Spain's EU membership.

"After decades of unfulfilled promises, it is time to ask Spanish citizens if they are satisfied with a European Union that limits our economic development, ignores our interests, and opposes the reform of the European Commission, the governing body of the EU, whose members are not elected by European citizenship", the document points out.

SOMOS Espana underscored that a Spexit referendum should be supported by all those who are interested in the European project being put to a vote.

The manifesto urged Spanish citizens to demand the country's leaders сonsult the population in order to get to know "the degree of affection" for the EU.

The document was released as party leader Luis Carlo Nogues described the Spexit referendum as "a transversal initiative", which he said will be open to all those who want to ratify their trust in the EU project by holding a referendum after 20 years of the euro.

Earlier in February, Nogues teamed up with Frexit and Italexit leaders Charles-Henri Gallois and Gianluigi Paragone, respectively, as well as former Brexit Party MEP Alexandra Phillips for a continental campaign to withdraw from the EU.

'We Want Out of This Cage': Italexit Campaigner Claims Rome Set to Break Up With EU in 'Two Years'
This came after Frexit campaigner Charles-Henri Gallois suggested that France or Italy would be the second country after the UK to leave the bloc.

In an interview with Martin Daubney on the Facebook programme "Brexit Unlocked", Gallois argued that Paris and Rome are "more interested to leave the euro currency and to leave the European Union", adding that "we are definitely trying to remove Europe from each country"

As far as Brexit is concerned, the transition period in relations between the UK and the EU came to an end in late December, with the agreement on a new post-Brexit relationship between London and the bloc entering into force. Britain formally left the EU on 31 January 2020.