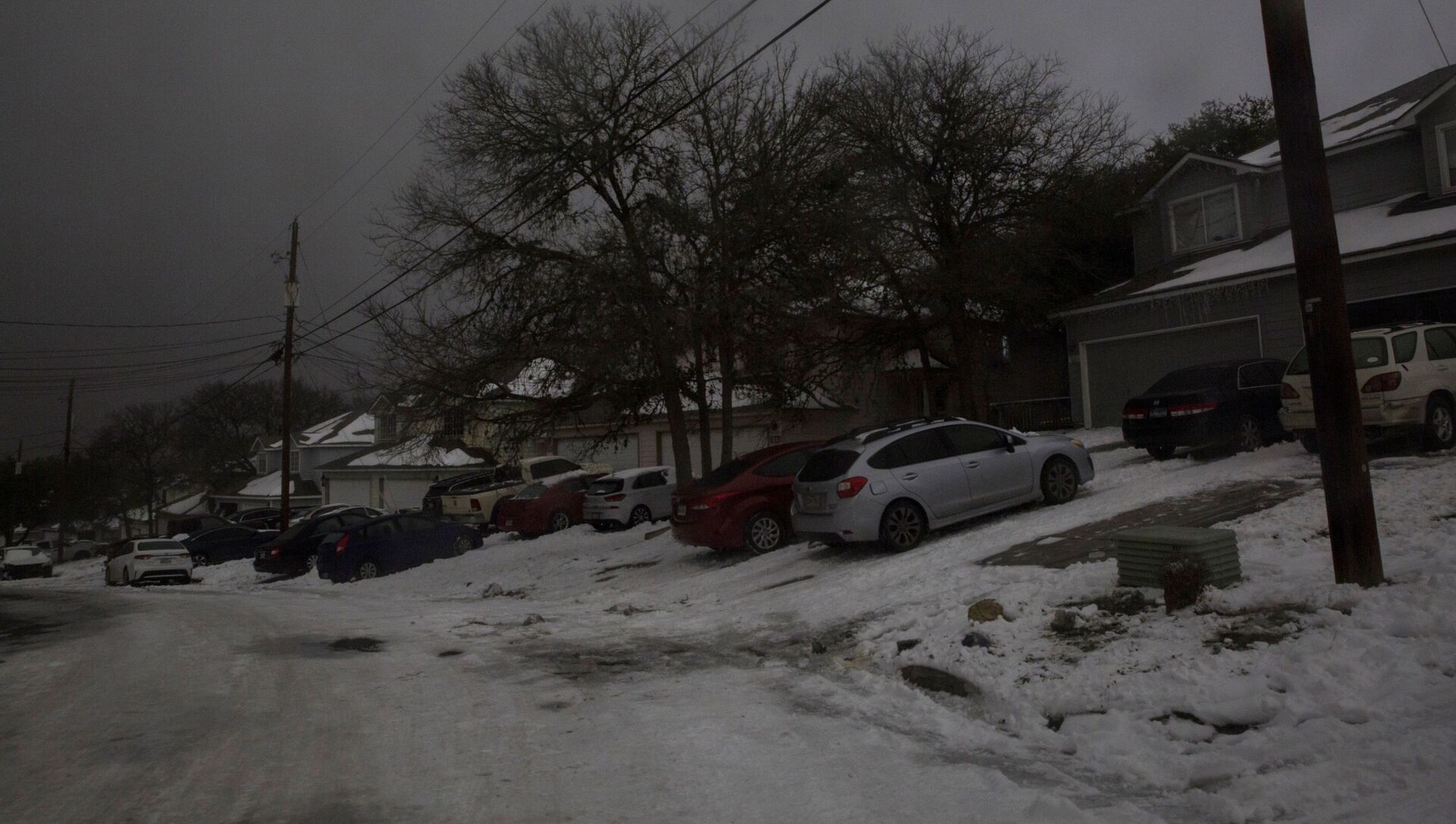 Oleg Burunov
All materialsWrite to the author
As strange as it may seem US President Joe Biden has yet to visit Texas, where severe winter storms have already killed at least 30 people. POTUS, who earlier got around to visiting Michigan and Wisconsin, explained that his trip to Texas should not create "a burden for the folks” trying to tackle the weather crisis.

President Joe Biden's recent visits to the crucial battleground states of Michigan and Wisconsin have prompted some political analysts to wonder whether POTUS is already considering re-election in 2024.

Fox News, however, cited an unnamed Democratic source as saying that re-election isn't "top of mind" for Biden and his political advisers.

The source argued that promoting his administration's $1.9 trillion COVID-19 relief package could be seen as one of the goals of Biden's visits to Michigan and Wisconsin.

"These states check several boxes. You have unemployment numbers that are slightly above the national average. In Wisconsin, you have competitive Senate and gubernatorial races that are going to heat up. There's political reasons and real policy reasons, and the rescue package resonates in these Midwestern rust belt states in a particular way", the insider asserted.

Oddly enough, the source remained tight-lipped on why Biden preferred to visit these two states, but is still considering a trip to crisis-hit Texas, where inclement weather has already claimed the lives of at least 30 people.

"If, in fact, it's concluded that I can do it without creating a burden for the folks on the ground while they are dealing with this crisis, I plan on going", Biden said on Friday, referring to the Lone Star State, amid reports that a presidential visit to Texas is being planned for next week.

Also on Friday, POTUS pledged that he would approve a disaster declaration for Texas.

Many netizens have, meanwhile, expressed frustration over the Biden administration's response to the Texas crisis, with one user claiming that "Joe Biden has done nothing for the state of Texas".

I don't have a sufficient understanding of what Biden admin is or isn't doing for Texas and other states in crisis rn but I'm mystified they're not acting in a more assertive and high-profile manner. They are not engaging in critical fight to frame how this crisis is interpreted.

Biden said he doesn't want to be a burden by going to Texas... baby you are a burden with or without going

How many people has Biden killed in Texas?

The "they voted for this" takes are bad on multiple levels, including the math.

Hi @PressSec! What luck! I have solved the Texas energy crisis for you.

What could go wrong with the smartest man the President knows?

When there was a hurricane in Houston, a tornado in Tennessee, a wildfire in California, and riots in Kenosha, Donald Trump was there. But when there's a natural disaster going on in Texas for a whole week, Joe Biden is nowhere to be found. 🤔

FLASHBACK: Trump would have been in Texas on Tuesday this week delivering food, water, relief and embracing a hurting population.

We know this because we watched Trump do this time and time again.

Joe Biden has done NOTHING for the state of #Texas!

Another user noted that he was "mystified they're [the US government] not acting in a more assertive and high-profile manner" as far as Texas is concerned.

"They are not engaging in critical fight to frame how this crisis is interpreted", the user added.

Experts Explain How Texas Energy Grid Unpreparedness Magnified Winter Storm Danger
Others praised the Trump administration's reaction to weather crises, arguing that the ex-POTUS "would have been in Texas on Tuesday this week delivering food, water, relie,f and embracing a hurting population".

America's second-most-populous state was pounded by extreme weather earlier this week, with about seven million of the state's 29 million residents reporting problems with their water supply and electricity systems.

Over the past few days, power supply has been restored in many parts of Texas, though hundreds of thousands of residents there still remain in the dark.