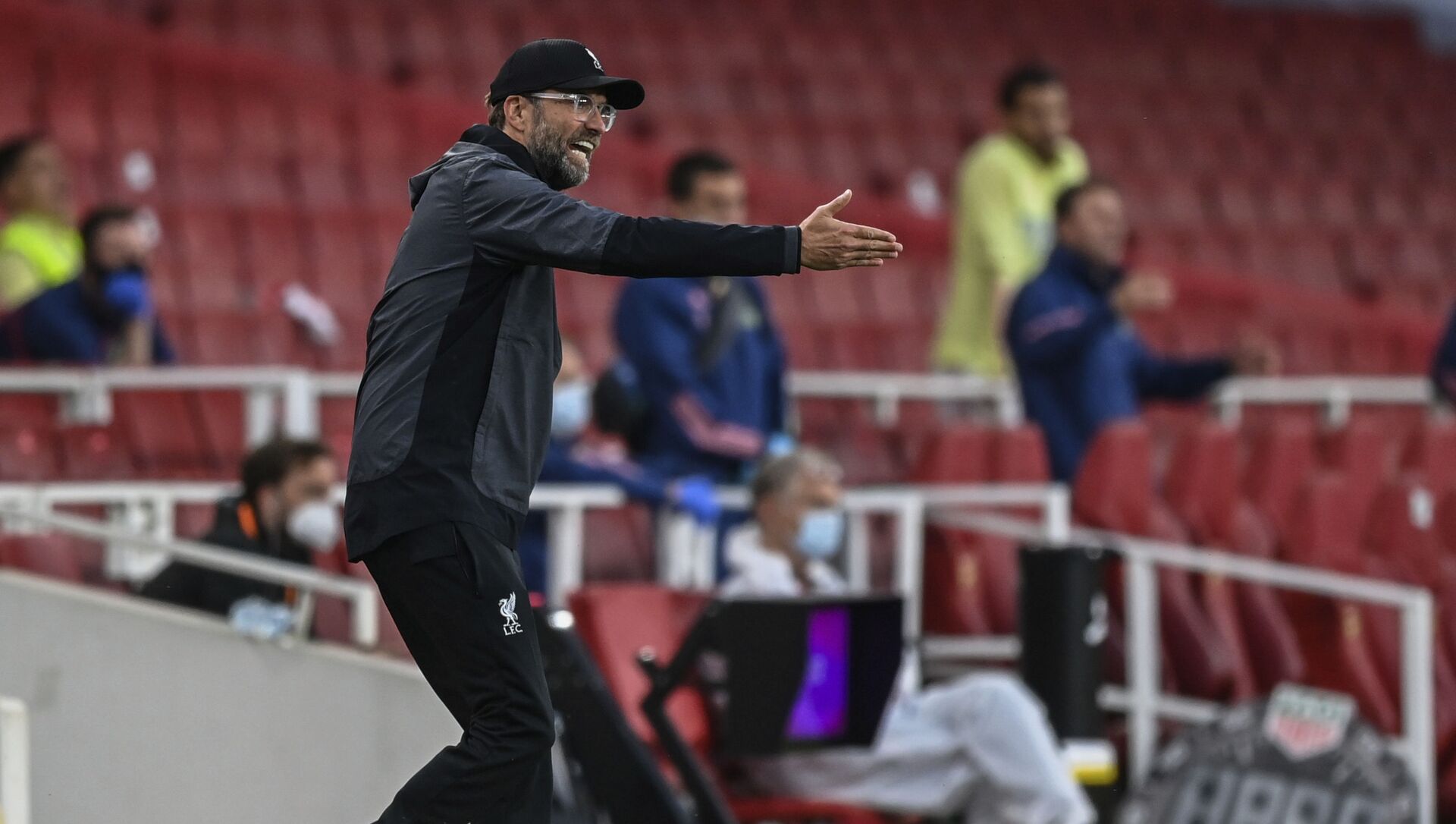 Max Gorbachev
All materialsWrite to the author
This season, the Reds are a pale shadow of the club that scooped the Premier League season last year. At the moment of writing, the Merseyside squad is ranked sixth and is lagging a whopping 16 points behind leaders Manchester City.

"It didn't happen overnight in the first place and it will not happen overnight now. Creating mentalities is a constant thing you have to do. This is not the first time in my life or in the players' lives that we haven't had exactly the results we want. We have to work. We have to build things again and one of the things we have to build again is that kind of mentality, to be unbeatable", the manager told Sky Sports.

Does Liverpool’s predicament worry Klopp? The 53-year-old, who recently lost his mother and was unable to attend the funeral due to travel restrictions imposed because of the pandemic, said being a champion one season, and not being a champion the next is "the best problem" one can have.

"This has been the most challenging time in parts of my life, for sure, but not on the football side. I was in much worse situations in my life as a player and a coach in Germany, fighting to stay in the league. Those are proper problems", Klopp said.

He emphasised that the real problem is when a club doesn’t learn from the issues it faces.

'Liverpool is still in' - Guardiola

Klopp’s interview comes as the Reds are about to face their neighbours, Everton. Pep Guardiola, manager of Manchester City, which are on top of the table, dismissed Klopp’s statement that the club is out of the title race.

"What I saw, the way they played today against Leicester, of course we have to lose games, but of course they can do it. It's the same Liverpool that I met in the last few years, but in the boxes they are not so clinical as they were before", the Spaniard said.

Previously, Klopp blamed the schedule of this year's football season for Liverpool’s problems. Due to the coronavirus pandemic, clubs have had a tighter schedule, with breaks between domestic league games and international and national tournament games lasting three days. Many players argue that this has stretched them to their limits and made them unable to produce consistent performances. For the Reds, the tight schedule has also resulted in a lot of injuries. Apart from Virgil van Dijk, regarded as the world’s best defender, who ruptured an anterior cruciate ligament, nine members of the squad are currently sidelined with different injuries.

"It has been like this for the whole season and it will probably be like this until the end of the season. One thing happens and it leads to the next problem. It's incredible", Klopp told Sky Sports.

Despite the ongoing problems, Liverpool won the first game in the 8th finals of the Champions League against RB Leipzig, which is currently ranked second in the Bundesliga.