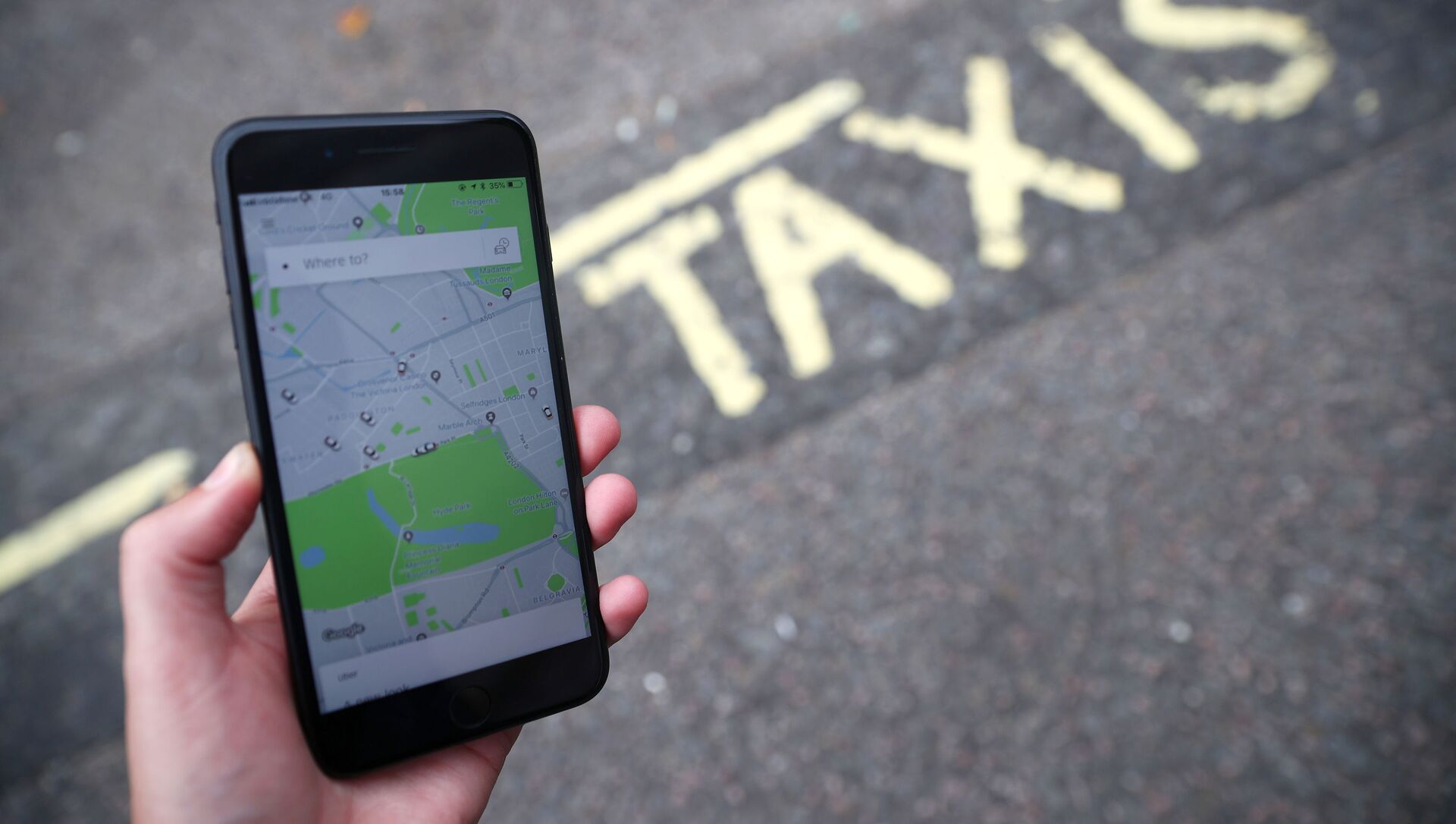 James Tweedie
All materialsWrite to the author
The GMB trade union called the ruling a "historic win" for its members at the firm, while law firm JMW Solicitors said it was a "landmark case" with potential repercussions for the informal gig economy.

A British taxi drivers' union has hailed victory after the Supreme Court ruled that Uber must treat its members as employees, not contractors.

In a potential landmark ruling for the entire 'gig economy', the UK's highest court upheld three previous judgements that the firm must pay its British drivers the statutory minimum wage of £8.72 per hour and give them holiday pay, sick pay and mandatory breaks in the working day.

Uber's lawyers argued that its drivers did not "undertake to work" for Uber directly, but were instead "independent, third party contractors".

But the court rejected that claim.

The GMB trade union welcomed its latest victory over the transnational, which has branched out into takeaway food delivery in competition with firms such as Just Eat.

"This has been a gruelling four-year legal battle for our members – but it’s ended in a historic win," GMB National Officer Mick Rix said.

“The Supreme Court has upheld the decision of three previous courts, backing up what GMB has said all along; Uber drivers are workers and entitled to breaks, holiday pay and minimum wage," Rix added. “Uber must now stop wasting time and money pursuing lost legal causes and do what’s right by the drivers who prop up its empire."

Rix added that the GMB would consult its members over a forthcoming claim for compensation from the firm at an employment tribunal. The union's legal counsel Leigh Day estimated Uber drivers could be due pay-outs of £12,000 each.

Earlier this week, Belgium's labour regulator issued a non-binding ruling in favour of an Uber driver's demand to be recognised as an employee of the firm.

Precedent for the Gig Economy

Another lawyer told the Daily Mail the ruling was "a landmark case for the gig economy".

Paul Chamberlain, Head of Employment at JMW Solicitors said the company might raise its fares to compensate for the the extra pay and benefits due to its drivers.

"Uber cannot appeal the decision further, so we may see the business looking to pass on its increased operating costs to customers using the platform," Chamberlain said

And he added that the ruling may set a precedent for the whole informal economy of the so-called 'Fourth Industrial Revolution'.

"Today's decision could be decisive for similar worker status cases and is likely to encourage those employed in similar gig economy roles to bring claims to enforce their rights as workers."

Uber has been no stranger to controversy in the past, including over its policy of recruiting non-professional and often uninsured drivers and even illegal immigrants.

The firm has fought a long-running battle against London Mayor Sadiq Khan's attempts to ban it from the city streets traditionally ruled by professional Hackney Carriage or "black cab" drivers.

India's Ola, Uber Drivers' Union Warns of Indefinite Strike Over Piled Up E-Challans, Vehicle EMIs
A series of rapes committed by Uber drivers has marred the image of the firm that encourages late-night revellers to hail rides through its mobile phone app.

An experimental Uber self-driving car hit and killed a pedestrian in March 2018. Late last year the corporation paid a start-up tech firm to take over its driverless car programme.