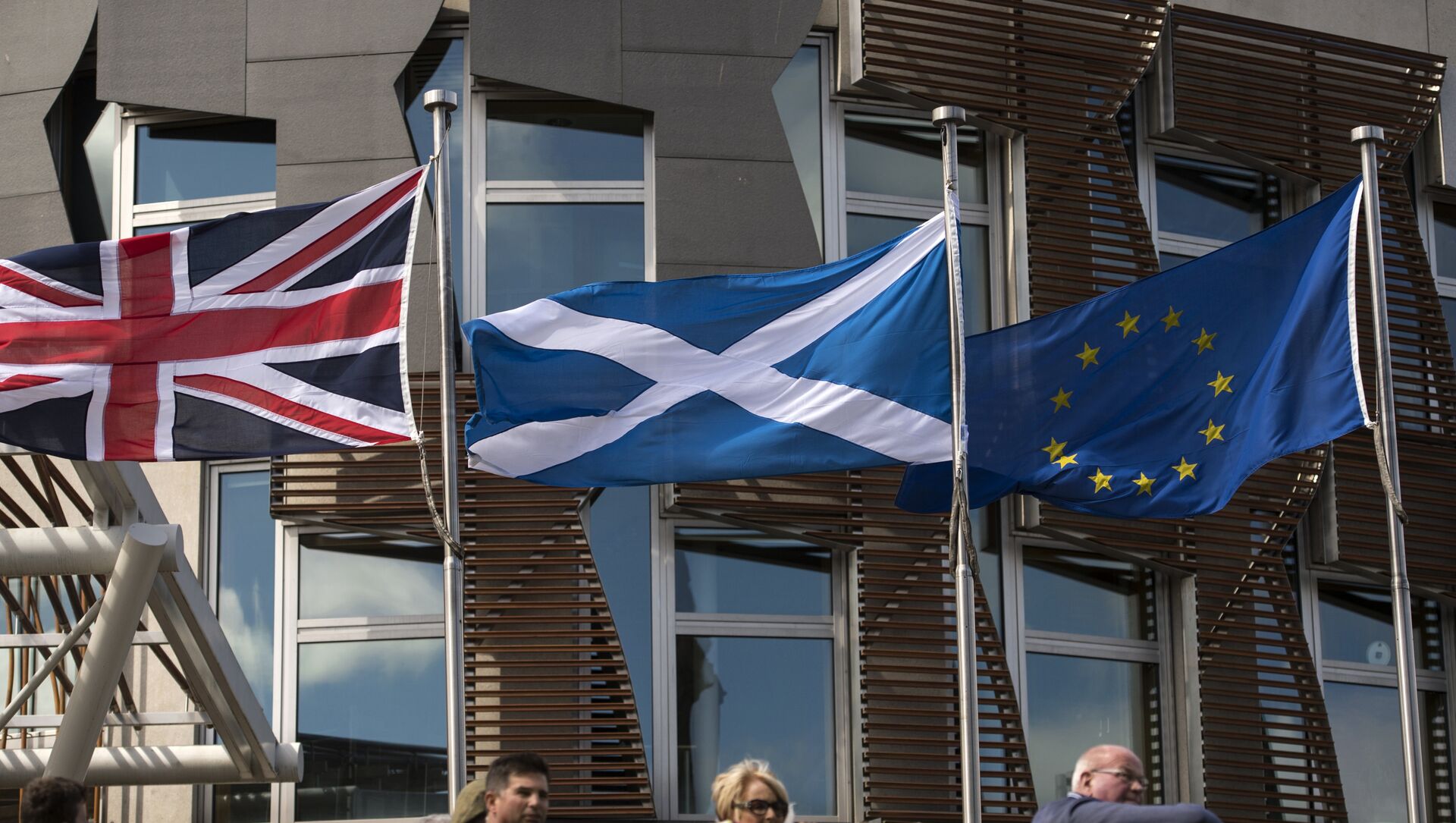 First Minister Nicola Sturgeon left fellow politicians and members of the public somewhat dumbfounded when she ordered the EU flag to be flown on Scottish government buildings.

Scottish Conservative MP Andrew Bowie called the decision “odd” given that Scotland is no longer a member of the European Union, following the UK’s withdrawal from the bloc.

This is just, well, odd. I've never heard of a country flying the flag, every day, of an organisation it isn't a member of. By all means, if an independent Scotland did gain membership, fly away, but, this just looks daft and petulant. 🤷‍♂️https://t.co/jP5axagwvc

​The Scottish Government’s 2021 flag flying guidance orders the EU flag to be flown 364 days of the year, while the Union Jack - in contrast - will only be flown once a year to mark Remembrance Sunday.

The Scottish leader of the Reform UK party, Michelle Ballantyne MSP, said that in her decision Sturgeon “is making Scotland look ridiculous again.”

OMG she is making Scotland look ridiculous again, Focus should be on getting our children back to school and our businesses operating again not playing divisive politics with flags. Sturgeon orders EU flag to be flown from government buildings dailyhttps://t.co/MyZNgLVEP8

Commentators online also expressed concern with what they called “censorship from the Scottish government.”

Yeah, and now Nicola Sturgeon wants to fly the EU flag every day, on every Scottish Government building, it’s almost like she can’t accept that the Democratic process happened and we left... Hmmmm.

In January, Sturgeon confirmed her plans to hold an advisory referendum on independence if her Scottish National party wins a majority in May’s Holyrood elections, with or without London’s consent to the move.

The vote plan was set out in an 11-point roadmap presented at an internal SNP online assembly on 24 January.

Some users called the move to have the EU flag flown over government buildings for almost every day of the year a “childish stunt” driven by nationalism and desire for independence.

Nationalism & socialism is a nasty dangerous combination.
⁦@NicolaSturgeon⁩ hates the Union Flag so much she replaces it with one which isn’t even a country and loves an EU which is unlikely to allow Scotland to join.
A childish stunt.@Dr_PhilippaW https://t.co/CgjB1cDL0a

​A spokesman for the Scottish government said that the EU flag “is flown to reflect the overwhelming vote of the people of Scotland to remain in Europe, and as a mark of solidarity with the hundreds of thousands of EU citizens who to call Scotland home despite Brexit.”

The flag flying guidance came amid a row between Sturgeon and her predecessor, Alex Salmond, who claims she misled the Scottish parliament about when she knew of sex assault complaints against him.