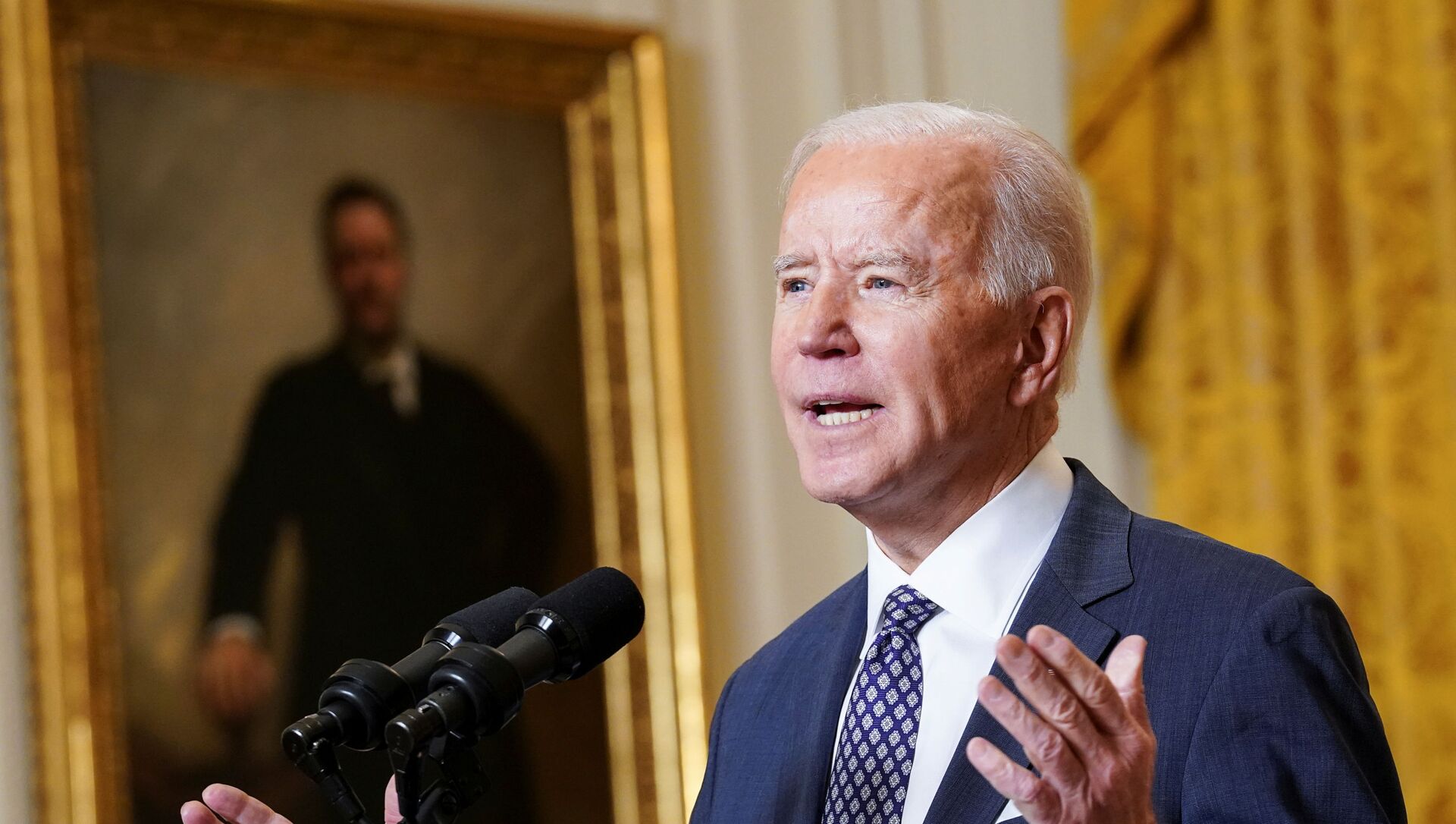 Gaby Arancibia
All materialsWrite to the author
US President Joe Biden’s recent remarks at the Munich Security Conference strongly echoed those made earlier in the day at the G-7 meeting, where he participated virtually with world leaders and spoke on his efforts to curb the COVID-19 pandemic and the US foreign policy agenda.

Appearing virtually at the Munich Security Conference in Germany, Biden announced Friday the US was breaking from the Trump administration’s so-called “America First” stance, stressing to foreign leaders that his term would focus on bolstering the transatlantic alliance.

The speech, which marked Biden’s first big appearance on the global stage, saw the president vow to the nation’s traditional allies that it was more than ready to begin working hand-in-hand with them on a variety of issues, including arms control, COVID-19, cyberhacking and the worsening climate crisis.

“America is back, the transatlantic alliance is back and we are not looking backward, we are looking forward together,” Biden said. “The partnership between Europe and the United States  - in my view - is and must remain the cornerstone of all we hope to accomplish in the 21st century.”

“We cannot focus only on the competition among countries that threaten to divide the world ... that threaten to sink us all together if we fail to cooperate. We must do both - working in lockstep with our allies and partners,” he continued.

In a bid to erase “any lingering doubt” about the US’ true intentions, Biden underscored Washington would continue to “work closely” with its European partners, and that it would continue to adhere to the NATO alliance’s mutual-defense clause, known as Article 5. “That is our unshakeable vow,” he said.

Biden invoked the NATO alliance several times throughout his speech, highlighting the group as an anchor for global security challenges, including those set by the US’ decades-old military mission in Afghanistan.

“My administration strongly supports the diplomatic process that is underway, and to bring an end to this war that is closing out 20 years,” he said. “We remain committed to ensuring that Afghanistan never again provides a base for terrorist attacks against the United States, our partners and our interests.”

Additionally, he stated the US and its European partners “cannot allow [Daesh] to reopen and regroup and threaten people in the Middle East and elsewhere.” 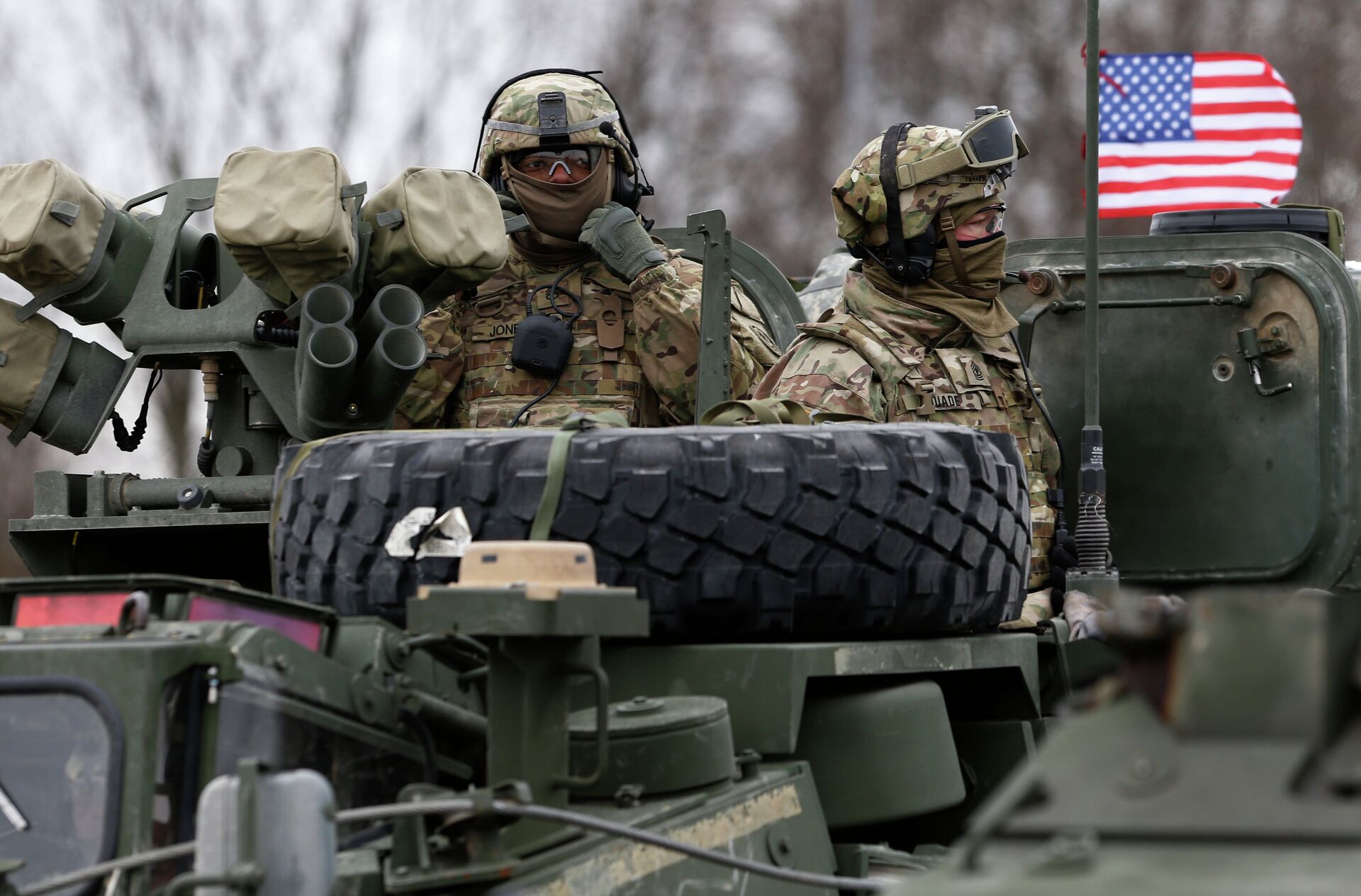 The commander-in-chief also pointed out his recent order to halt his predecessor’s drawdown of some 12,000 US troops stationed in Germany, which came as part of a plan for the Pentagon to undertake a full review of how American forces are deployed around the world.

“I'm also lifting a cap imposed by the previous administration and the number of US forces able to be based in Germany,” Biden said. Trump’s initial drawdown order had largely been opposed by both Democrats and Republicans who viewed the presence of US troops in Germany as the cornerstone of post-WWII order.

“I know the past few years have strained and tested our transatlantic relationship, but the United States is determined to re-engage with Europe.”

Biden’s remarks were welcomed with open arms by German Defense Minister Annegret Kramp-Karrenbauer, who told Reuters on Friday that “this signal will be noticed and well understood.” She added, “It is now up to us to take the hand that Washington has reached out with.”

‘Democratic Progress is Under Assault’

Although Biden acknowledged that collective strength is key to bolstering the transatlantic alliance, he also warned the “democratic progress is under assault” in the US and Europe from authoritative leadership seeking to dominate the global order.

"Our partnerships have endured and grown through the years because they are rooted in the richness of our shared democratic values. They're not transactional. They're not extractive," Biden said, touching on Trump's past tactics to redefine allies as economic rivals.

“In too many places, including in Europe and the United States, democratic progress is under assault."

“We’re at an inflection point between those who argue that, given all of the challenges we face, from the fourth industrial revolution to a global pandemic, that autocracy is the best way forward, they argue, and those who understand that democracy is essential, essential to meeting those challenges,” Biden continued, adding that he believes “democracy will and must prevail.”

Wrapping up his speech, Biden took the opportunity to deliver stern warnings about threats he claimed were posed by Russia and China, before reiterating his administration’s pledge to engage in talks with Iran.

“Competition with China is going to be stiff - that’s what I expect, and that's what I welcome because I believe in the global system,” he told viewers, emphasizing a need to ensure that growth was “shared broadly and equitably” and not by the “few.”

“We can own the race for the future, but to do so we have to be clear-eyed about the historic investments and partnerships that this will require. … We have to push back against the Chinese government’s economic abuses and coercion that undercut the foundations of the international economic system. Everyone must play by the same rules,” he underlined. 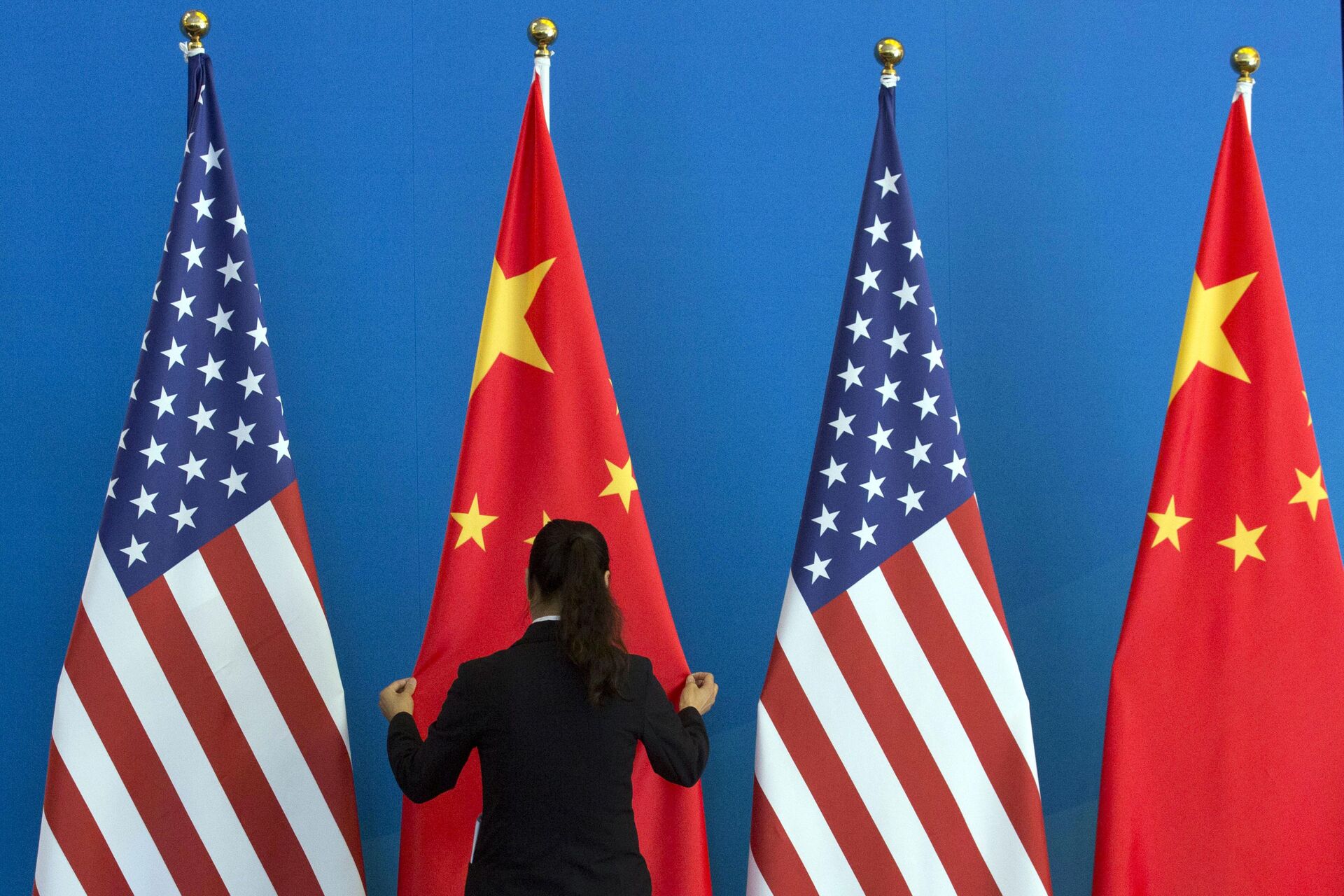 The same message was also issued against Russia, with Biden claiming Moscow seeks to “undermine” the US system as “Russian leaders want people to believe that our system is more corrupt or as corrupt as theirs.”

“[Russian President Vladimir] Putin seeks to weaken the European project and our NATO alliance. He wants to undermine the transatlantic unity and our resolve because it’s so much easier for the Kremlin to bully and threaten individual states than it is to negotiate with a strong and closely united transatlantic community,” Biden said.

“We want a future where all nations are able to freely determine their own path without the threat of violence or coercion. We cannot and must not return to the reflective opposition and rigid blocks of the Cold War. Competition must not lock out cooperation on issues that affect us all.”

Biden promptly followed up his remarks on China and Russia with the topic of Iran. He explained that his desire to have more transparency and communication between countries was behind his administration’s recent moves to re-engage with Iran over the 2015 nuclear deal that Washington withdrew from under the Trump administration.

The US abandoned the Joint Comprehensive Plan of Action in 2018 over unsubstantiated claims that Iran had violated the Obama-era agreement, and as such, Tehran subsequently backed away from its commitments. Fellow signers remained a party to the deal after determining that Iran had not violated the agreement. 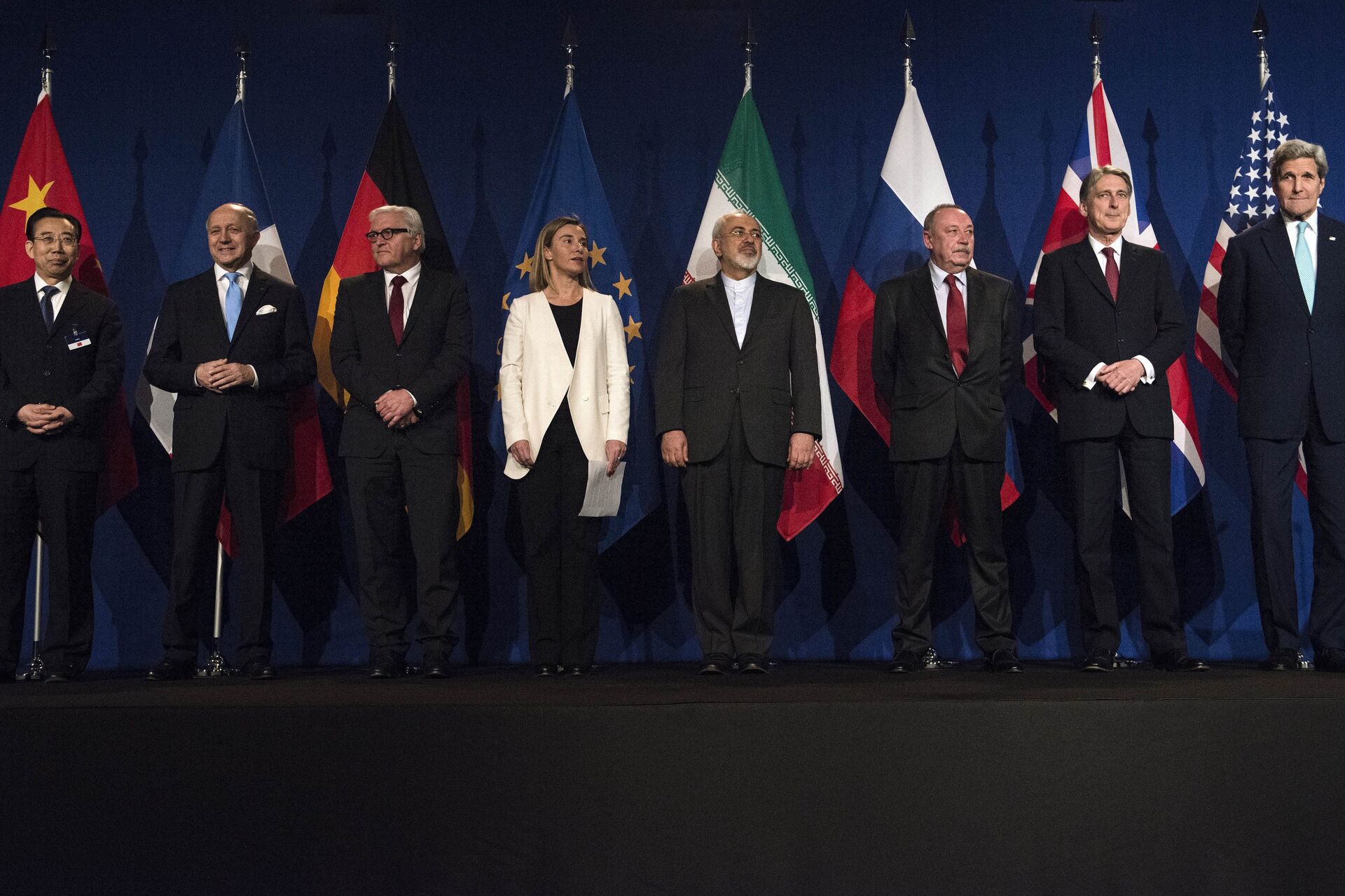 The Biden administration has indicated it is willing to broach the subject, but has repeatedly called on Iran to act first and come back into compliance with the deal. Iran has opposed the sentiment, highlighting the US’ withdrawal from the deal. Although it’s still uncertain, both countries may meet for talks held by the P5+1.

Biden concluded by urging world leaders that “we cannot allow self-doubt to hinder our abilities to engage each other or the larger world. The last four years have been hard, but Europe and the United States have to lead with confidence once more, with faith in our capacities.”