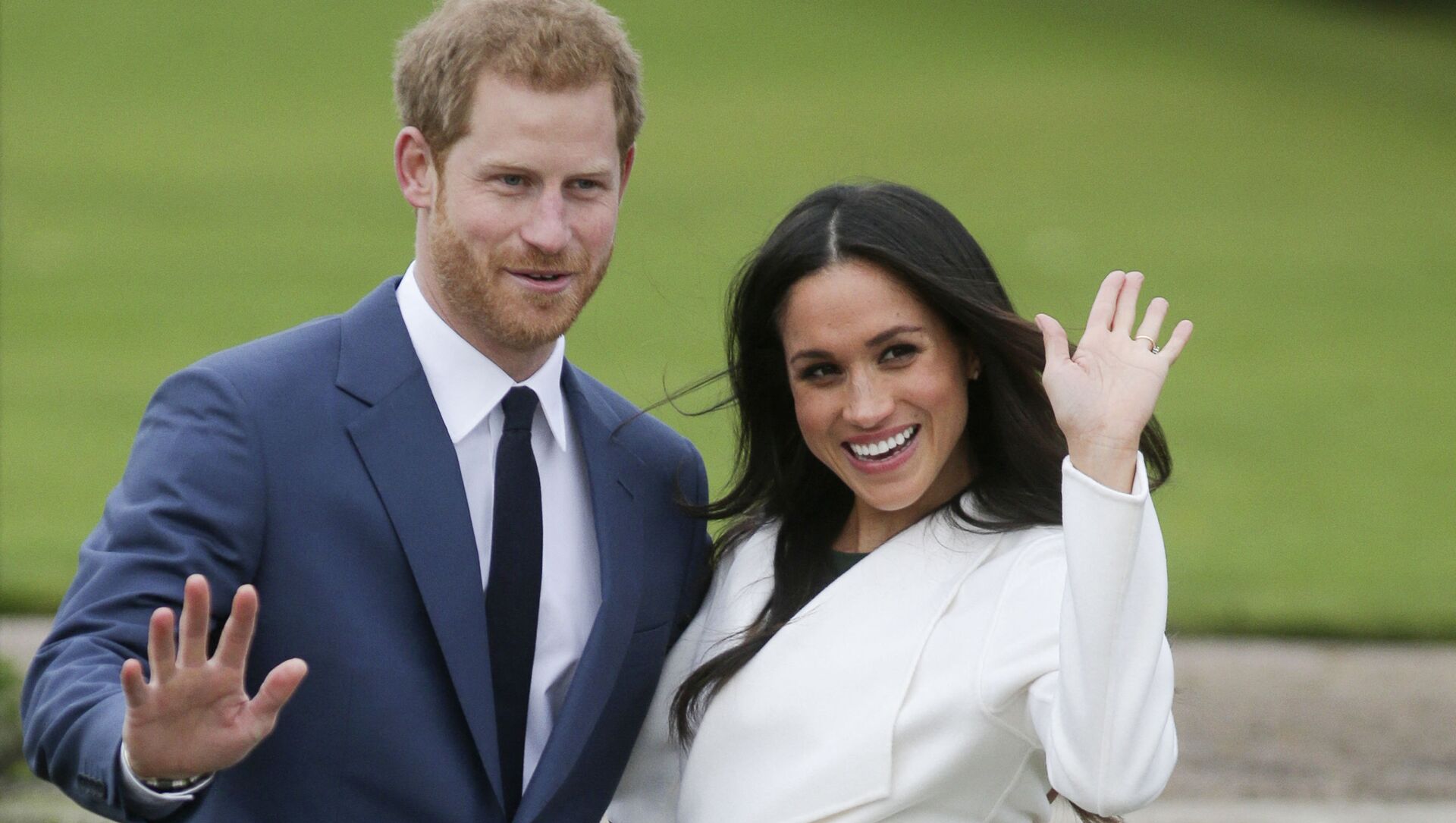 © AFP 2021 / DANIEL LEAL-OLIVAS
Subscribe
Lilia Dergacheva
All materialsWrite to the author
Prince Harry and his family, wife Meghan Markle and their son Archie, have been residing in Santa Barbara, California since announcing they were stepping down as senior royals last year, in a bid to lead a personally and financially independent life.

Prince Harry and his wife Meghan Markle have told Queen Elizabeth that they will not be returning as working members of the British Royal Family, Buckingham Palace announced.

The statement went on to note that the Queen "has written confirming that in stepping away from the work of the Royal Family it is not possible to continue with the responsibilities and duties that come with a life of public service". The latter implies that all the honorary military appointments and Royal patronages held by the Duke and Duchess "will therefore be returned to Her Majesty, before being redistributed among working members of the Royal Family".

Prince Harry, who formerly served in the military, holds several honorary military titles, as well as Commonwealth appointments and some other patronages.

The Duke of Sussex is currently self-isolating at his home in California to prevent himself from contracting COVID-19, as he might need to travel to the UK at short notice should the situation with his grandfather, Prince Philip, worsen, The Mirror reported Thursday.

Harry has reportedly decided to stay at his Santa Barbara estate permanently with his wife Meghan, and their one-year-old son Archie. Harry is purported to have already made arrangements to travel by private jet and is being "regularly informed" about his grandfather’s condition, according to the media report. Prince Philip, 99, was taken to King Edward VII Hospital in central London as a precaution on Tuesday.

His stay there is not directly related to the coronavirus and is expected to last for a few days, with no formal reason for the hospitalisation having been announced.

The rest of the family, including the Queen, the Prince of Wales and the Duchess of Cornwall, have in the meantime continued on with their official duties.

The Sussexes made headlines last year, when they announced that they were quitting their senior royal roles and moved first to Canada and then to Santa Barbara, California - Meghan Markle's home state. Aspiring to lead a financially independent, "meaningful" life, the couple, who are now expecting the birth of their second child, have secured lucrative business deals with Netflix and Spotify to produce a variety of content for the services.