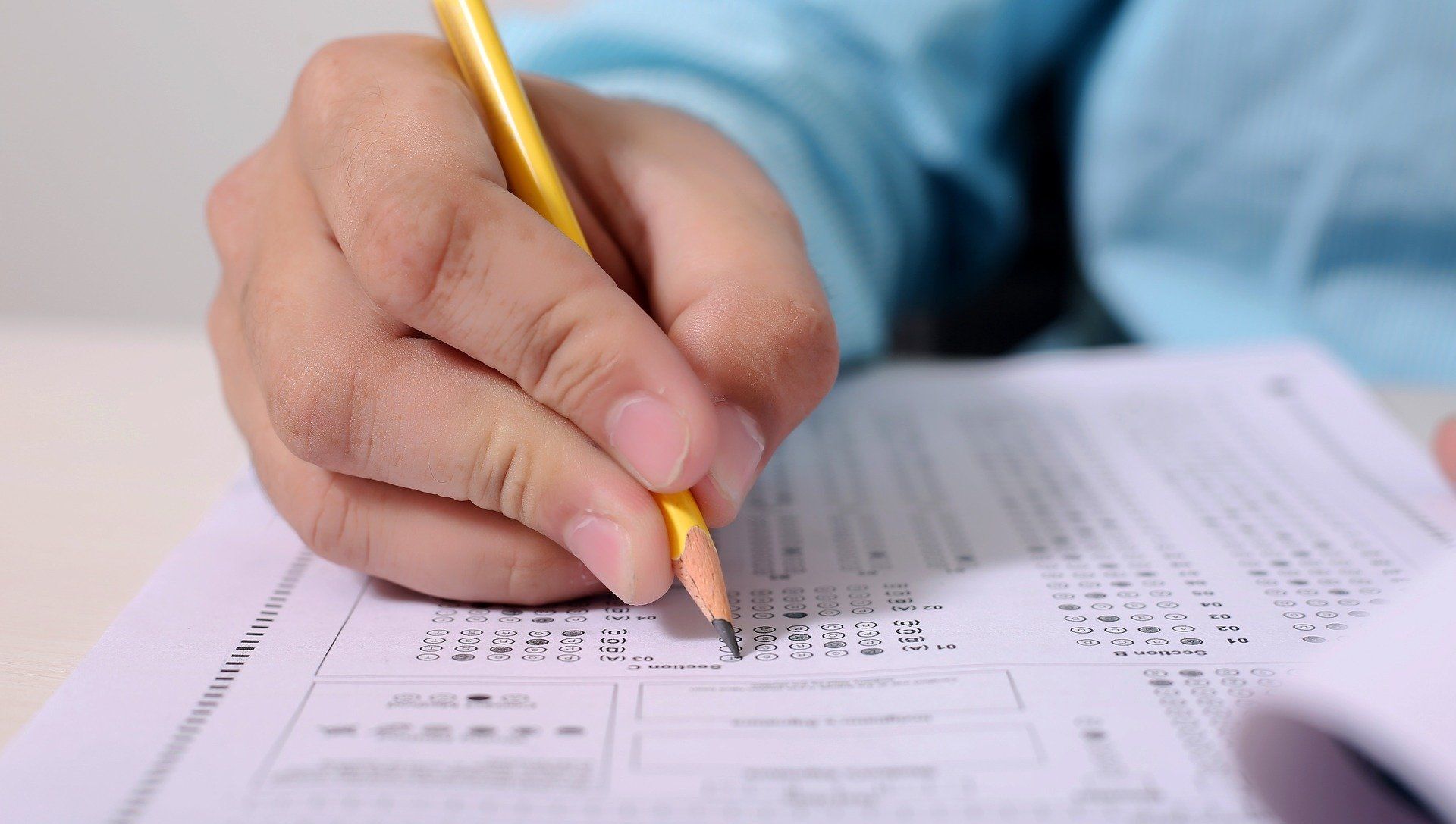 Dhairya Maheshwari
All materials
A question in an English exam asked school pupils to write a letter to the editor of a newspaper on the protesting farmers, suggesting measures to “thwart violent maniacs who act under external instigation”. It came days after nearly 400 police were injured on 26 January in Delhi during clashes with farmers during a Tractor Rally.

A question in an English exam paper in one of the schools in India's Chennai city has described the farmers who are demonstrating against three new farming laws, as "violent maniacs" who acted under "external forces" and are guilty of fomenting violence on the country's Republic Day.

Such a question has raised suspicions among many Indian social media users that the federal government is trying to brainwash students about the ongoing protests.

“The diabolical violence that broke out in the National Capital on Republic Day filled the hearts of the citizens with condemnation and abhorrence after the farm-law protesters went on a rampage destroying public property and attacking police in broad daylight…  Suggest a few measures to thwart such violent maniacs who act under external instigation,” reads the essay question.

This is a sample fm a Class X English paper of a popular Chennai school. The incident and the much larger farm bills issue is still being discussed but here this is being said 'violent maniacs under external instigation' pic.twitter.com/N27ooheHJV

​A picture of the essay question in the exam paper was shared by noted Indian singer Thodur Madabusi Krishna, sparking a flurry of critical reactions against the Indian authorities on social media.

This serious manipulation of young minds with Modi’s propaganda. https://t.co/xhzfqshmvf

​A social media user pointed out that the question paper was from DAV Boys Senior Secondary School in Chennai’s Gopalapuram locality.

The school is affiliated with the Central Board of Secondary Education, which manages the academic curriculum and is under the aegis of the federal Education Ministry.

This has found to be from DAV Gopalapuram. Name and shame!

On India's 72nd Republic Day, during a tractor rally a big section of protesting farmers veered off the planned route and breached police barricades at the iconic Red Fort in Delhi. The city was already on Red Alert because of the national celebrations.

At the Red Fort, the protesters hoisted a Sikh religious flag from a pole meant for the national flag and left hundreds of policemen injured. The incident triggered massive outrage across India's political spectrum and public, raising fears that the protests had been hijacked by violent Sikh separatists. 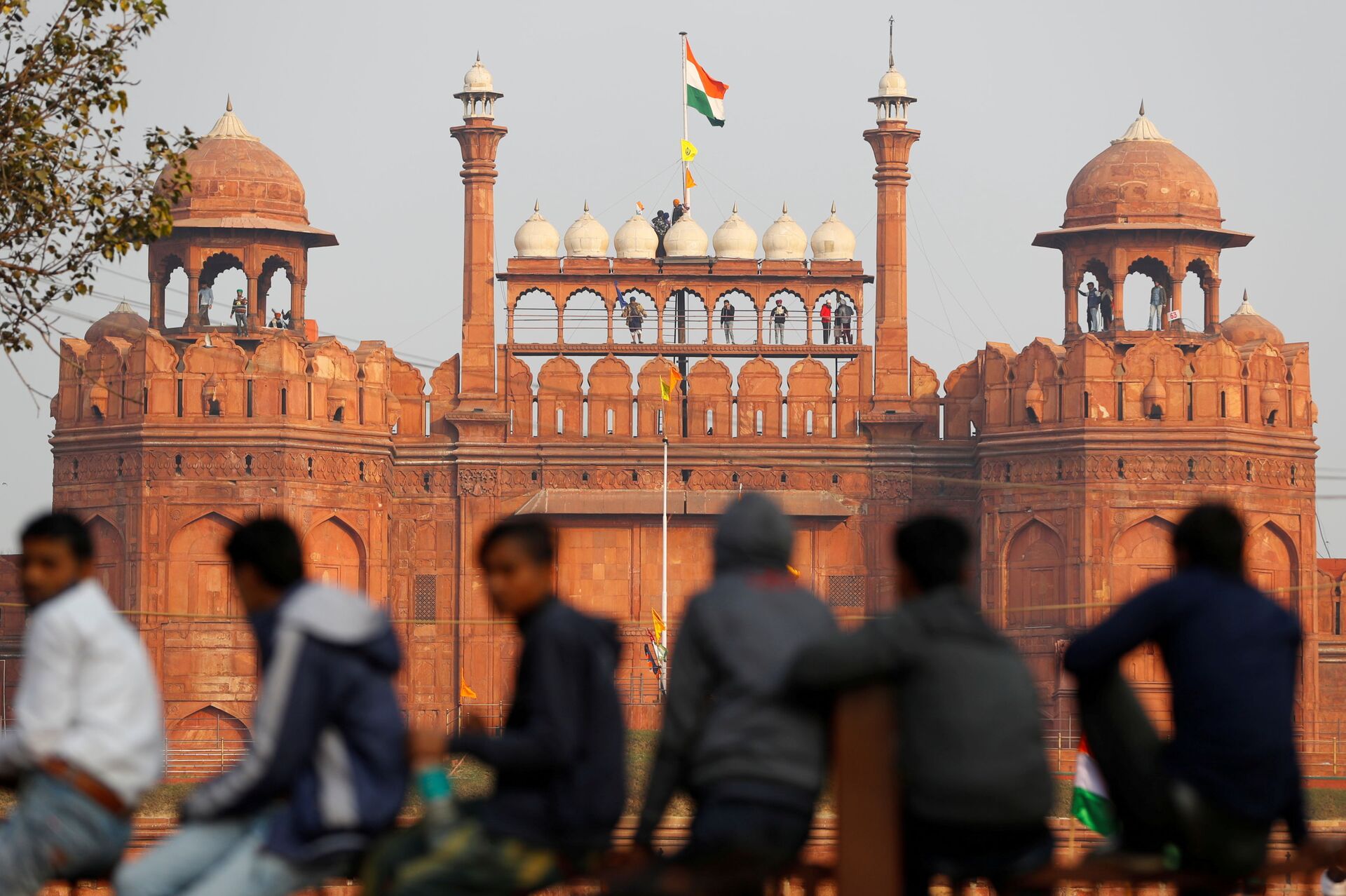 A farmer holds a flag on top of the historic Red Fort, during a protest against farm laws introduced by the government, in Delhi, India
© REUTERS / ADNAN ABIDI

Ruminating on the 26 January violence in his radio show Mann Ki Baat, Prime Minister Narendra Modi said that the “entire country has been pained” by the insult to the national flag.

In another speech delivered in the Indian Parliament this month, Modi expressed serious concerns over the rising influence of “foreign destructive ideology” on the minds of the farmer protesters. He was referring to calls of solidarity for the protesting farmers from international celebrities such as pop icon Rihanna and model Mia Khalifa, as well as from members of the Indian diaspora, many of them Sikhs who have settled in Canada.