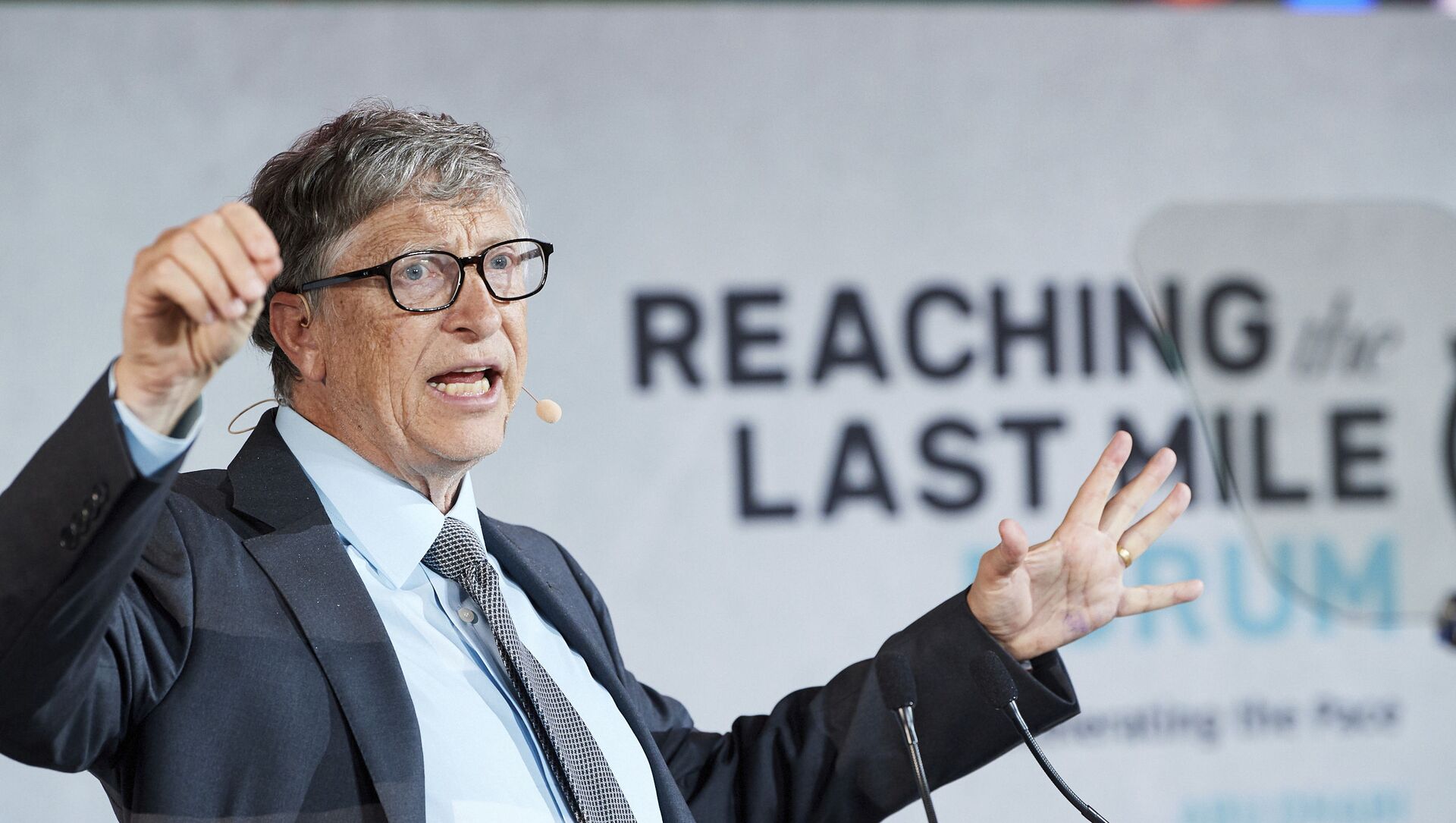 Lilia Dergacheva
All materialsWrite to the author
The Microsoft co-founder has never had any illusions about digital money, having previously expressed concern about it being decentralised and thus poorly protected against illicit financial schemes. However, he recently didn’t fully rule out using it in his foundation’s transactions.

Bill Gates has hinted that he is no fan of bitcoin and other digital assets, pointing out in a recent interview with The Wall Street Journal:

“The way cryptocurrency works today allows for certain criminal activities. It’d be good to get rid of that”, he said, adding: “I probably should have said bio weapons. That’s a really bad thing”.

As MarketWatch put it in its story, the comments from the Microsoft co-founder and philanthropist do not necessarily imply that he is himself not a bitcoin enthusiast, but suggest that he sees cryptocurrencies as being prone to be used by fraudsters in money-laundering schemes, for instance.

Speaking in a sit-down with CNBC that aired on Thursday, Gates, who has in recent years been fully preoccupied with work on his health and wellbeing-focused Gates Foundation, described his stance as “neutral”, thereby sounding more balanced with regard to digital tokens, among which bitcoin famously became the flagship back in 2009.

“I don’t own bitcoin, I’m not short bitcoin, so I’ve taken a neutral view”, he said in the interview, which aired on CNBC’s “Sqawk Box” show, adding that he himself also has certain plans in this regard:

“I do think moving money into a more digital form and getting transaction costs down, that’s something the Gates Foundation does in developing countries”, he noted, saying that while the cryptocoin may fluctuate “based on the mania or whatever the views are”, he cannot predict the ways how the flagship currency may evolve.

Crypto-Fabulous: What Exactly Is Cryptocurrency and Will It Ever Truly Become 'The People's Crypto'?

His vision of the cryptomoney seems to have softened to a great extent over time, as back in 2018, the tech mogul was explicitly sceptical about the future of the coin:

“As an asset class, you’re not producing anything and so you shouldn’t expect it to go up. It’s kind of a pure ‘greater fool theory’ type of investment”, Gates said on CNBC two years ago.

Prices of the blockchain-based cryptocurrency skyrocketed to above $52,000 on Thursday, reaching a new historic high, and have gained nearly 80% so far in 2021, whereas the start of the year saw gold, an asset that bitcoin is often pit against as a rival “safe haven”, go down 6.4%.