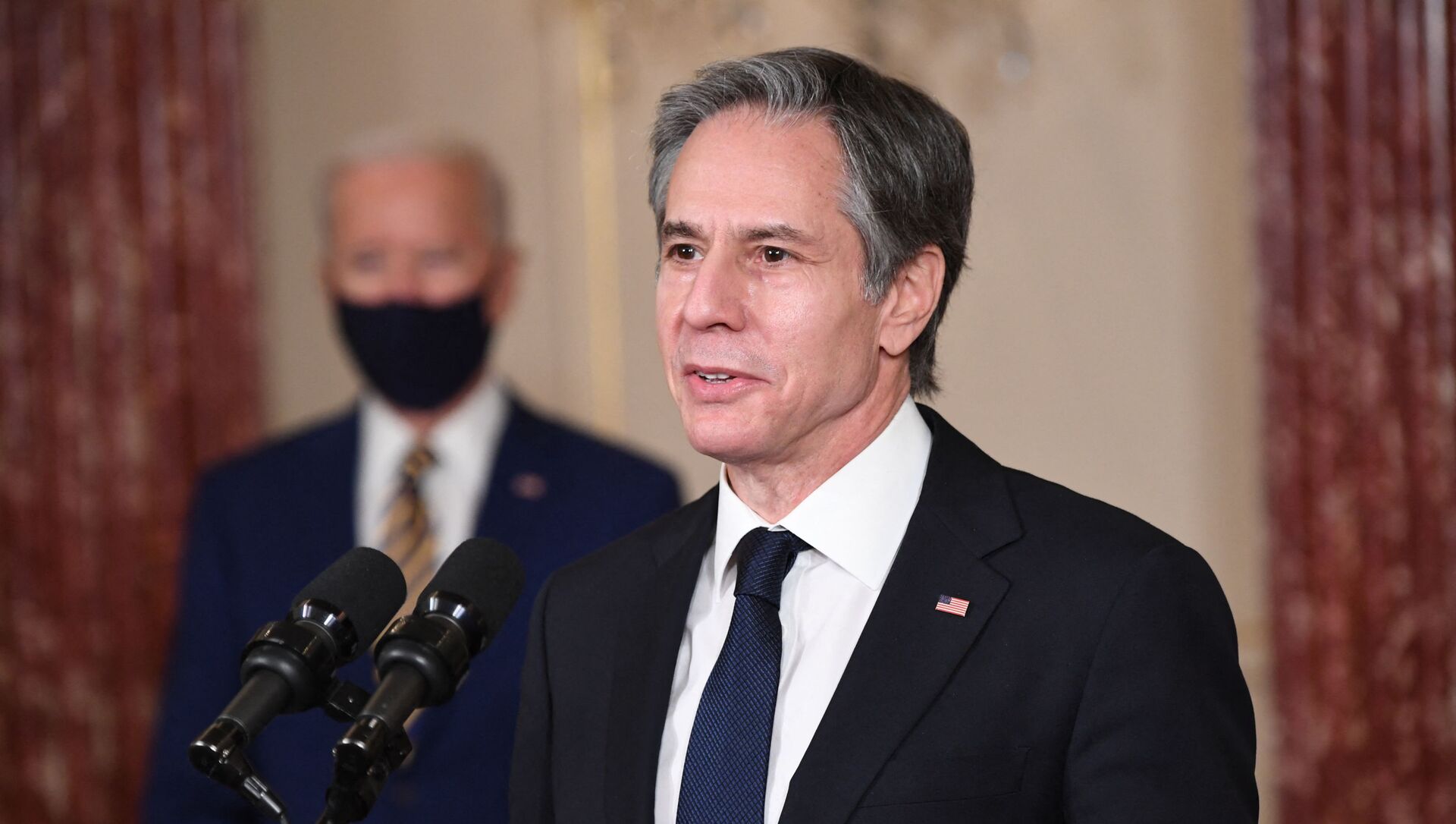 Kirill Kurevlev
Managing Editor
All materialsWrite to the author
Belarusian President Alexander Lukashenko has repeatedly said that the opposition protests are being coordinated from abroad and has demanded that other countries refrain from interfering in Belarus's domestic affairs.

The US Secretary of State Antony Blinken has announced on Thursday that the US has imposed visa restrictions on 43 Belarus officials that the US holds responsible for "undermining Belarusian democracy."

Blinken also stated that the US is "alarmed by the violent crackdown on peaceful protesters, activists and journalists" in the Eastern European country.

Overall, since the start of the political turmoil in Belarus, the US State Department has imposed visa restrictions on a total of 109 individuals.

As of today, @StateDept has imposed visa restrictions on 109 individuals for their roles in the fraudulent August 9 election last year and the violent crackdown in Belarus. The Belarusian people deserve free and fair elections.

Thursday's action followed two earlier rounds of designations that imposed visa restrictions on 66 individuals determined by the US to be responsible for "undermining Belarusian democracy."

Belarus entered a prolonged political crisis after Lukashenko secured his sixth term during the August 9 presidential election. The opposition did not recognize the results, claiming that Svetlana Tikhanovskaya was the real winner.

Western countries have refused to recognize Lukashenko's victory and slapped sanctions on dozens of Belarusian officials over alleged election fraud and the crackdown on the opposition.

The Belarusian leader has repeatedly claimed that the wave of demonstrations that struck the country last year were planned to overthrow the government and lead to the eventual occupation of Belarus.

Russia has also been voicing its concerns over foreign interference in the internal affairs of the neighboring country.