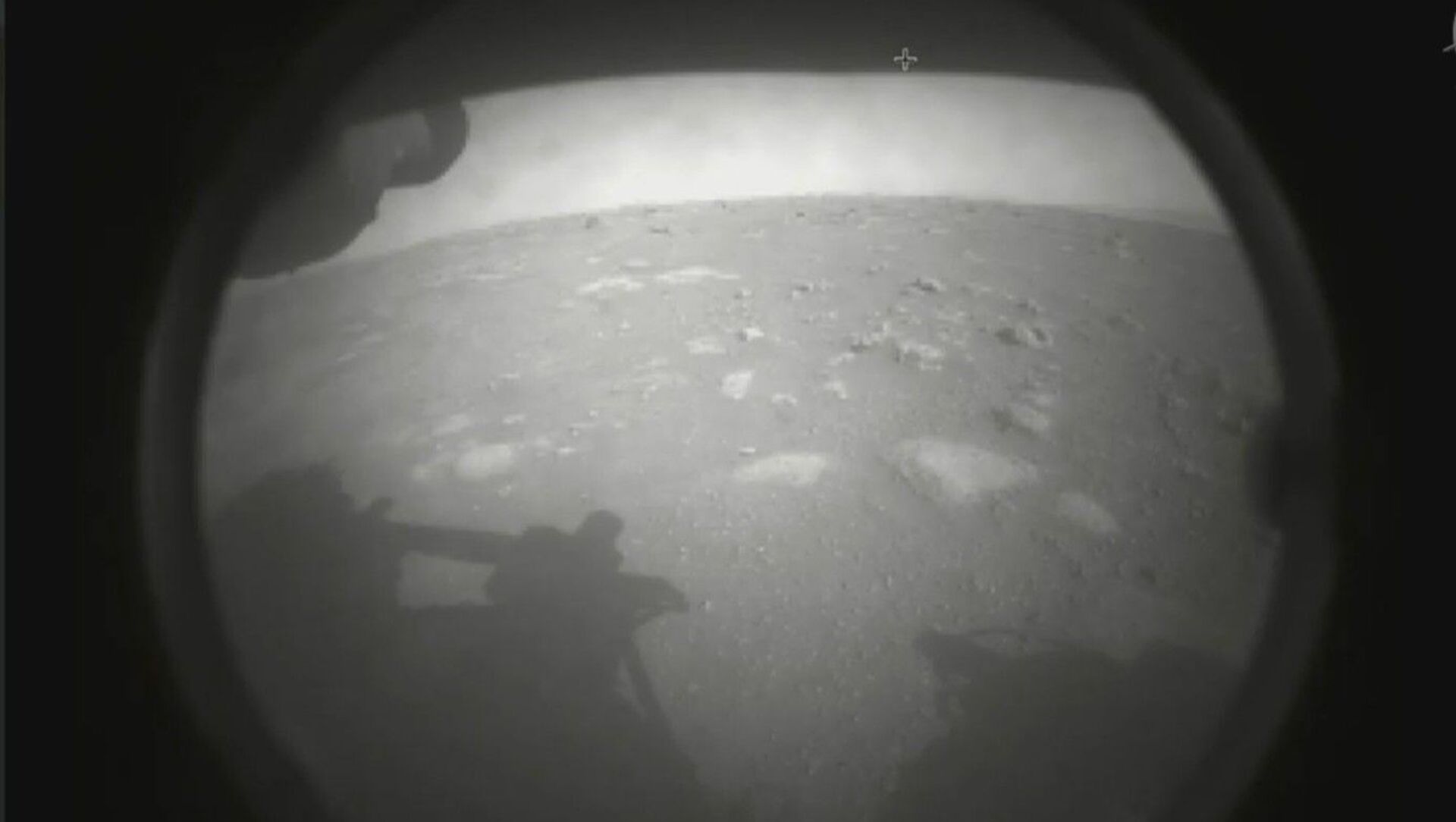 Gaby Arancibia
All materialsWrite to the author
The US’ National Aeronautics and Space Administration (NASA) Perseverance mission is considered its most sophisticated to date, and will mark the space agency's fifth rover to travel across portions of the red planet.

NASA's Perseverance rover officially landed on Mars on Thursday, completing a nearly 300-million-mile journey through space as part of a mission to find evidence of alien life.

"Touchdown confirmed," Swati Mohan, the guidance and control operations lead for the mission, announced at the historic moment. "Perseverance is safely on the surface of Mars and ready to begin seeking the sands of past life.

The rover's successful landing on the red planet was officially called at approximately 3:56 p.m. EST, after undergoing the so-called "seven minutes of terror" in which the probe lands autonomously. Officials previously explained that the 14-minute information delay prevented engineers from manning the landing.

In the first few minutes after touchdown, the rover has managed to transmit two photos of the Martian landscape.

​"This is a sign NASA works," Rob Manning, the chief engineer and landing veteran with the agency's Jet Propulsion Laboratory, said moments after the landing. "When we put our arms together and our hands together and our brains together, we can succeed. This is what NASA does."

"This is what we can do as a country. ... We need to work together to do these kinds of things and make success happen," he added.

The 2,260-pound rover landed in the Jezero Crater, which is considered to be one of the more dangerous landings sites chosen by NASA officials to date since its strewn with sharp rocks, hazardous cliffs and boulders. Scientists believe that since the crater is a former lakebed, it may hold the remains of long-dead microbes from Mars' much wetter past.

Moving forward, it will take several weeks before Perseverance begins executing its mission objective since engineers will first opt to spend time initiating system updates to ensure the rover will be able to navigate its new terrain.

With a price tag of some $2.4 billion, Perseverance is considered the most technologically-advanced robot that NASA has deployed to Mars. Although its construction was largely based off its predecessor, Curiosity, the new-and-improved rover holds a suite of radars, cameras and even a small helicopter named Ingenuity that officials hope will be the first controlled flight to be done on a planet other than Earth.

Perseverance was initially launched toward Mars in late July 2020 from Florida's Cape Canaveral Air Force Station. It will spend at least two years - one Martian year - exploring the Jezero Crater; however, it won't be entirely alone as both China's Tianwen-1 and the United Arab Emirates' Hope probe will also be carrying out their own respective investigations.