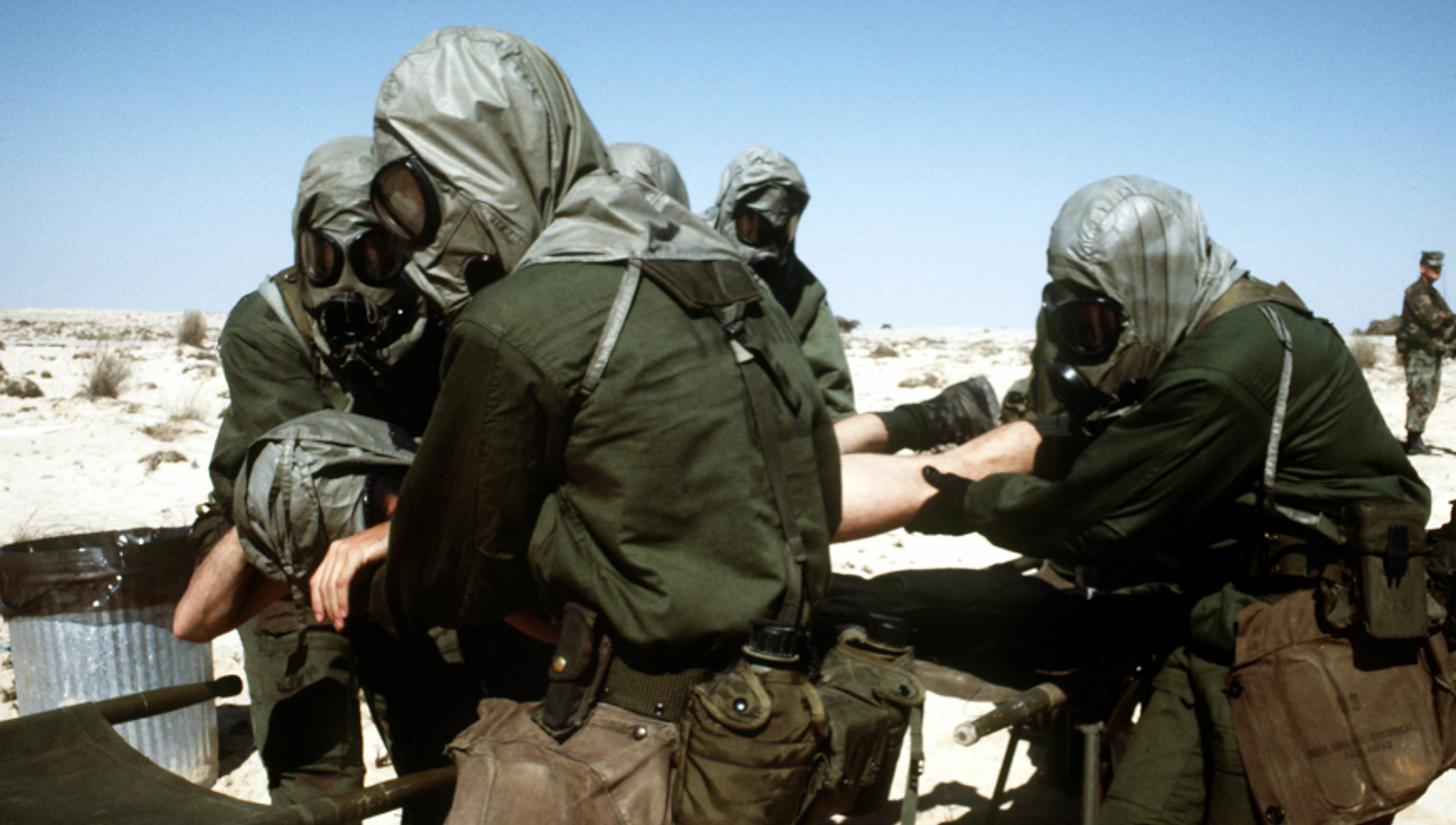 Ilya Tsukanov
All materialsWrite to the author
About a quarter of a million of the 697,000 US troops who took part in the 1991 Gulf War have reported suffering from Gulf War Syndrome – a chronic disorder with a broad range of symptoms including headaches, fatigue, diarrhoea, muscle and joint pain, respiratory problems, neurological problems, and excess risk of cancer.

Low-level exposure to pesticides and sarin nerve gas, not depleted uranium (DU) munitions, are the most likely causes of Gulf War Syndrome, researchers from Britain’s University of Portsmouth and the University of Texas Southwestern Medical Center believe.

In a report published by Scientific Reports, a peer-reviewed journal, the scientists dismissed earlier studies which suggested that veterans’ disabilities may be associated with exposure to DU, stating that “past research has not tested the potential association of [Gulf War Illness, or GWI] with inhaled DU nor used isotope mass spectrometry of sufficient sensitivity to rigorously assess prior DU exposure.”

For the study, researchers were said to have developed a new tool to detect DU in urine samples with an extremely high level of sensitivity, which enabled them to determine there was “no difference in the 238U/235U ratio in veterans meeting the standard case definitions of GWI versus control veterans.” They also detected no heightened 236U levels associated with DU. The study is based on the samples of 154 US Gulf War veteran test subjects.

“These findings show that even the highest likely levels of DU inhalation played no role in the development of GWI, leaving exposure to aerosolised organophosphate compounds (pesticides and sarin nerve agent) as the most likely cause(s) of GWI,” the study concludes.

Dr. Randall Parrish, the study’s lead author, told media that the findings were highly significant, closing the book on the hypothesis that DU was the main cause of Gulf War veterans’ illness.

“That depleted uranium is not and never was in the bodies of those who are ill at sufficient quantities to cause disease will surprise many, including sufferers who have, for 30 years, suspected depleted uranium may have contributed to their illness,” he said.

Instead, Parrish suggested, “the allies’ own activities destroying an Iraqi nerve agent cache or spraying pesticides liberally on troops could be seen in hindsight as an inadvertent ‘own goal’ and one to be avoided in future conflicts.”

Jury Still Out on Cause

In the Gulf War’s immediate aftermath, US investigators initially feared that the US-led coalition had been attacked by Iraqi missiles, rockets, artillery shells and aircraft-dropped bombs containing chemical weapons, with a 1994 report to Congress alleging that this, as well as the aftermath of coalition troops’ destruction of Iraqi chemical factories, were responsible for exposing soldiers to chemical poisoning.

A 1997 report found, however, that the US intelligence community had assessed that Iraq did not use its chemical weapons stocks during the Gulf War, presumably out of fears of US retaliation. That report attributed exposure to the destruction of a large stock of chemical weapons in an area of southern Iraq in March 1991, with the demolition operation believed to have released vast quantities of nerve agents into the atmosphere, affecting both troops and locals.

In addition to these activities, the coalition used large quantities of organophosphate pesticides as a means to prevent pest-borne diseases among troops. A 2008 report for the Department of Veterans Affairs concluded that “all available sources of evidence” showed that “pesticide use during the Gulf War is casually associated with Gulf War illness.”

Despite the new study’s claim that it “conclusively proves” that DU is not the culprit for the illness, the jury appears to be still out on the matter among the scientific community. A 2017 study by a group of Italian researchers estimated that about 25,000 US troops suffered premature death after exposure to DU munitions. The Department of Veterans Affairs has allowed for veterans to make claims of illness due to DU exposure on a case by case basis since 2011.

Last month, Iraqi media reported that the country had formally filed a lawsuit against the United States over its repeated use of DU munitions against the Middle Eastern nation.

Cancers, Strokes, Birth Defects: Iraq Reportedly Plans to Sue US Over Depleted Uranium Use
The United Nations estimates that the US has used at least 2,320 tonnes of DU on Iraq. The Iraqi government says the weapons’ use led cancer rates to skyrocket from 40 cases per 100,000 people in 1991 to 800 per 100,000 in 1995, and 1,600 per 100,000 in 2005. Particularly high instances have been reported in cities including Baghdad, Basrah, and Fallujah, where US troops were known to have used DU heavily. 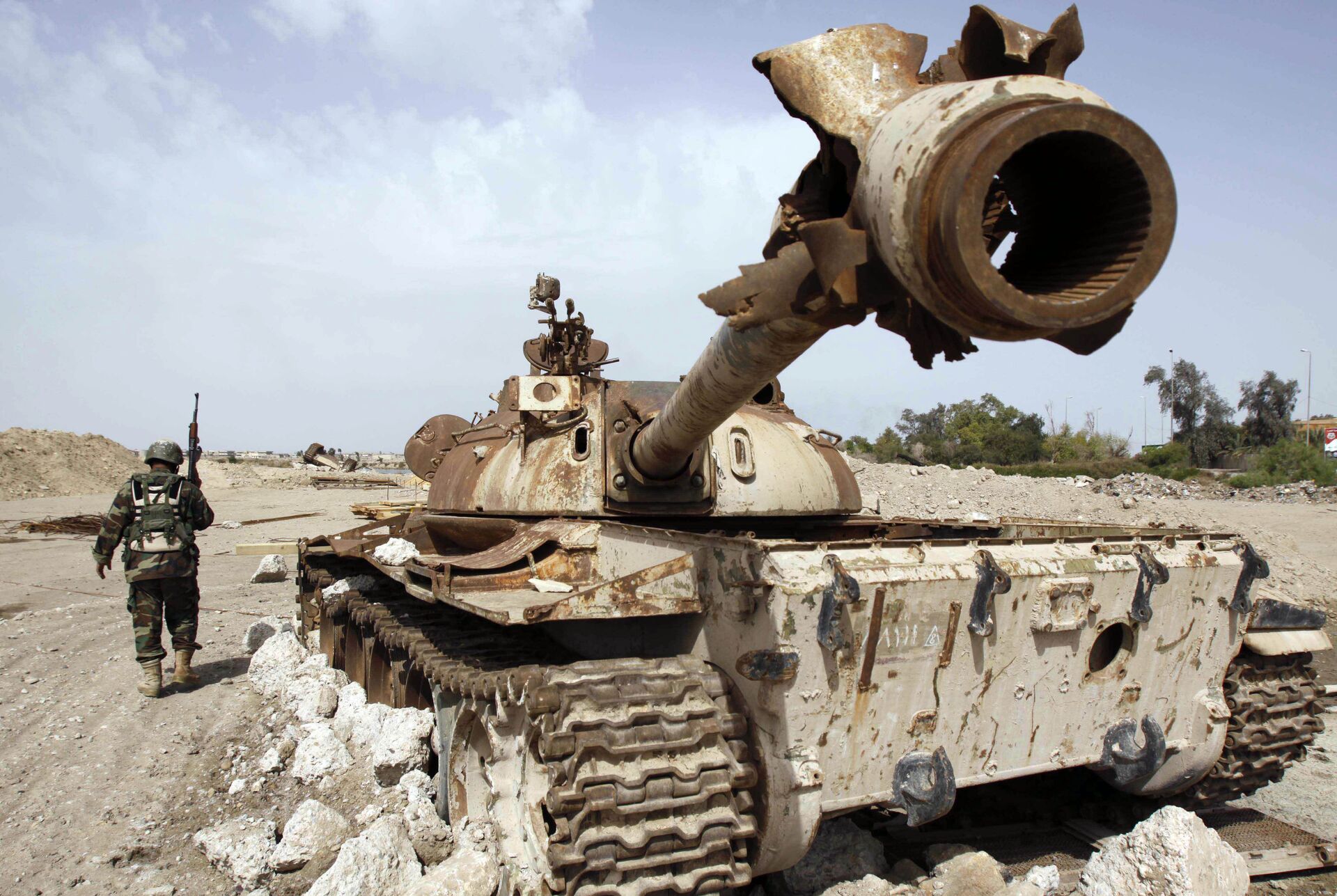 As for Iraq’s chemical weapons stocks, a 2013 report assessing declassified CIA files showed that the US government knew about and even assisted Saddam Hussein in his use of chemical weapons against Iran during the Iran-Iraq War. West German, Italian and US companies assisted Iraq in the creation of its chemical weapons capabilities.

The Islamic Republic never retaliated to Iraqi chemical attacks on its forces and cities.