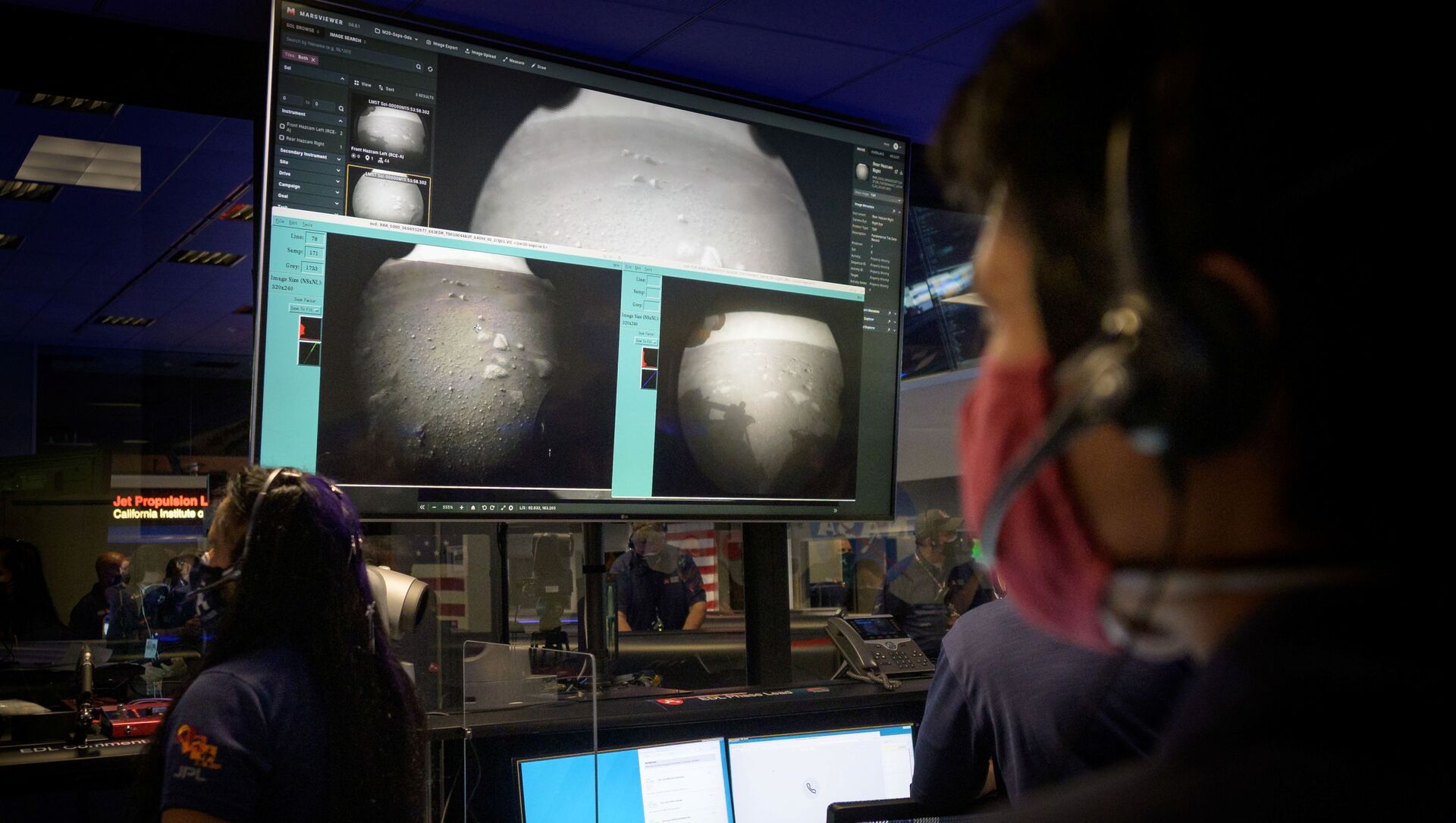 NASA’s Perseverance rover successfully landed on Mars on Thursday, marking the end of a seven-month and nearly 300-million-mile journey. The rover, which is said to be the most advanced the agency has ever made, has managed to take two photos of the Martian surface in the first minutes after the touchdown.

Following the now historic NASA mission on Mars, the Perseverance rover’s Twitter account published two photos of the Martian soil as soon as the rover landed, captioning one of them: “Hello, world. My first look at my forever home.”

The landing has apparently inspired netizens to finish Perseverance’s story. What, according to twitterians, did the rover see when it first touched the Red Planet’s surface?

​The Republican senator caused fury online as he was spotted on a plane heading to a Mexican resort earlier on Thursday – while Texas, the state he represents, is struggling with days-long power outages due to a recent deadly winter storm.

The first photos transmitted from Perseverance on Mars. Unbelievable. pic.twitter.com/Taa10NCvyh

the images from nasa’s mars rover landing are breathtaking pic.twitter.com/mtolqKg9kr

“The images from NASA’s Mars rover landing are breathtaking,” one user jokingly wrote while posting an image with photoshopped Cruz carrying a suitcase.

There was, however, another US senator who appeared on the Red Planet with a little help of editing. Unlike Cruz, Bernie Sanders did not need to make headlines to get mentioned – his super-viral inauguration photo did the job.

#Perseverance has captured the first images of life on Mars.. 🤭 pic.twitter.com/Uwi1pZVIPT

A NASA friend just shared one of the first images from the new Perseverance Mars rover mission and I can't say I'm surprised pic.twitter.com/JOtxuCAOIB

​And of course, an “encounter” was inevitable. You are late, Ted, this spot is already taken.

The resolution really is astonishing on these. pic.twitter.com/ypc42NY4IK