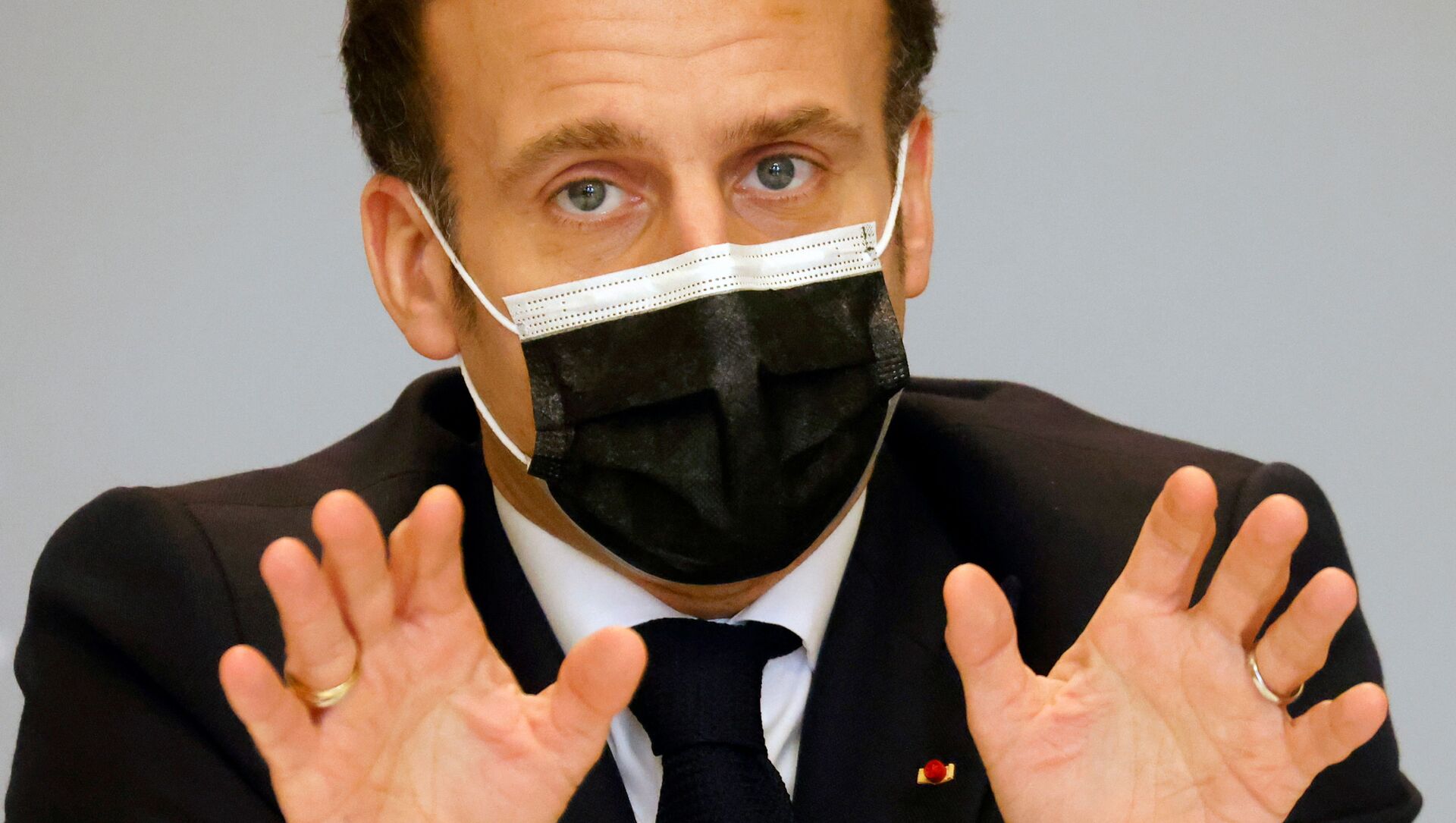 Aleksandra Serebriakova
Moscow-based Sputnik correspondent specializing in foreign affairs.
All materialsWrite to the author
Britain has been leading Europe’s COVID vaccination effort, with more than 15 percent of its population already having received the first jab whereas other European countries have lagged behind in their vaccine rollout – in France, less than 4 percent of people have been inoculated with the first dose.

Despite the EU’s limited success in its mass vaccination programme, French President Emmanuel Macron called on western states to share up to 5 percent of their doses with African countries as he warned about growing Russian and Chinese influence in the region with the supply of COVID jabs.

Speaking to the Financial Times through a video link, Macron said that developing countries were buying vaccines from the West at “astronomical prices”, including the one from AstraZeneca. Meanwhile, the FT notes, the African nations are “being offered Chinese and Russian vaccines of uncertain efficacy against new variants of the virus".

“We are allowing the idea to take hold that hundreds of millions of vaccines are being given in rich countries and that we are not starting in poor countries,” the French president said.

“It’s an unprecedented acceleration of global inequality and it’s politically unsustainable too because it’s paving the way for a war of influence over vaccines,” Macron added. “You can see the Chinese strategy, and the Russian strategy too.” 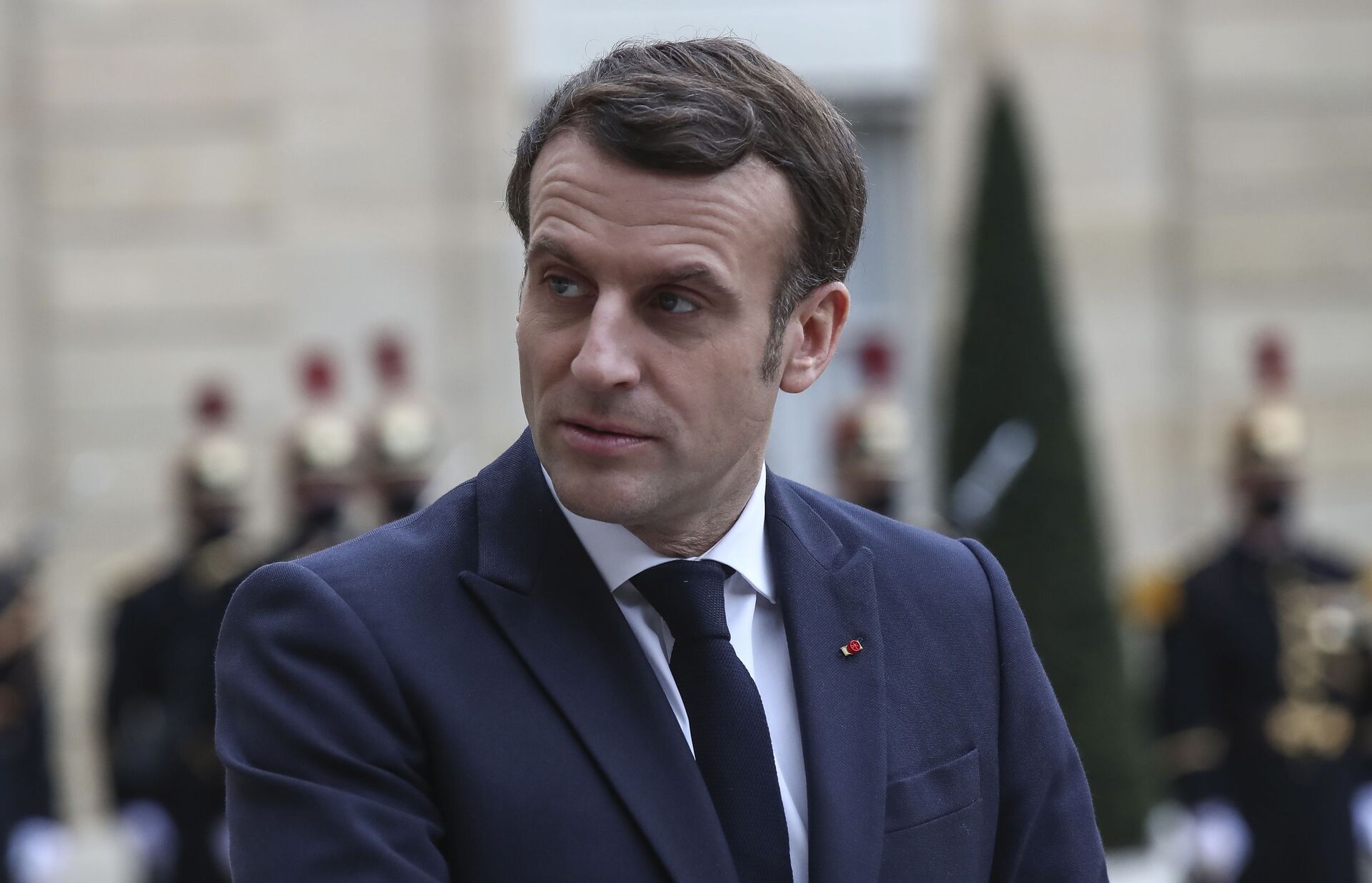 Macron insisted that sending 4 percent to 5 percent of doses from European supply chains to Africa won’t make a difference for the continent but this should happen as soon as possible. He said that this idea was given the go-ahead by German Chancellor Angela Merkel and he hopes to get Washington on board too.

“The key is to move quicker,” Macron argued. “We’re not talking about billions of doses immediately, or billions and billions of euros. It’s about much more rapidly allocating 4 percent to 5 percent of the doses we have.”

Macron believes that “each country should set aside a small number of the doses it has to transfer tens of millions of them, but very fast, so that people on the ground see it happening.”

According to the French president, this was not “a power game”.

What About France’s Vaccine Roll-out?

Macron insists that implementation of this offer won’t change current vaccination campaigns in European countries, even though his government has been criticised for moving slowly with its inoculation efforts in France.

Only around 4.5 percent of French people have received the first jab of COVID vaccine and only slightly more than 1 percent have been administered both doses as of 17 February.

But according to Macron, his ambitious plan “won’t delay it by a single day given the way we use our doses.”

He still supports Russia and China - the first two countries in the world to register vaccines against coronavirus – in their global outreach given that their vaccines are authorised against all newly discovered strains of the virus. Dozens of countries around the world, including Argentina and Hungary have already authorised Russia’s Sputnik V vaccine which is yet to get a green light from the European Medicines Agency.

Three vaccines have so far received EMU’s approval in the European Union - AstraZeneca, Pfizer/BioNTech and Moderna. But the vaccine roll-out has remained quite sluggish in the bloc because of supply shortages and technical issues experienced by some of the pharmaceutical companies.

AstraZeneca announced at the end of January that there would an up to 60 percent shortfall in the vaccines it initially promised to the EU, something that has caused outrage in Brussels. The issue prompted the EhU’s to enter a vaccine export row with the United Kingdom were more than 15 percent of citizens have already been vaccinated, including 90 percent of those aged 70 or older. 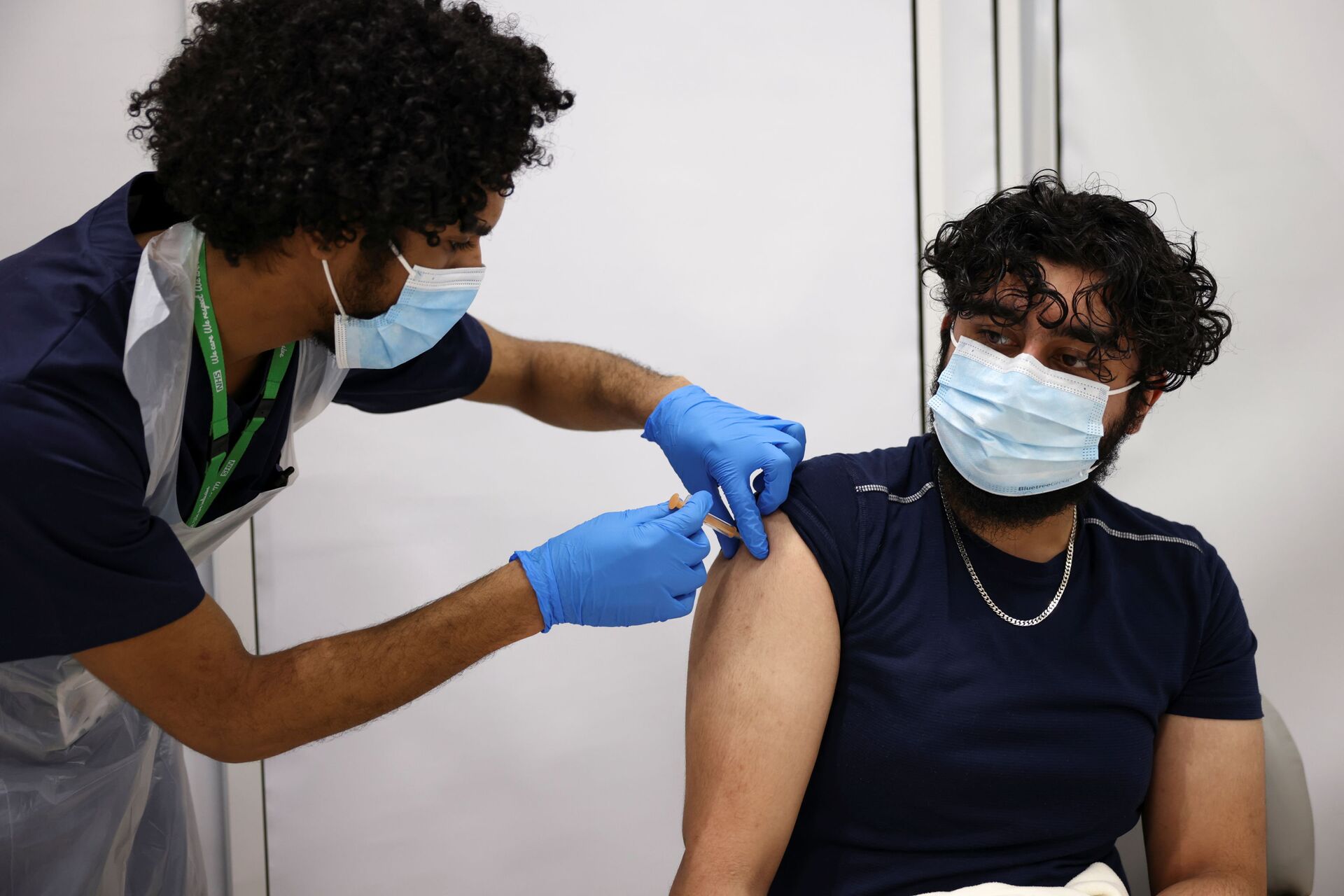 A person gets the coronavirus vaccine, at a vaccination centre in Westfield Stratford City shopping centre, amid the outbreak of coronavirus disease (COVID-19), in London, Britain, February 18, 2021
© REUTERS / HENRY NICHOLLS

But the French Secretary of State for European Affairs Clément Beaune believes that French vaccination plan is safer than the British one, as London has resorted to a “strategy of massive vaccination with more risks” by predominantly administering only one dose of the vaccine and delaying the second one. Beaune said that this was not something he was willing to see in France, but his comments have found many critics across the Channel.

000000
Popular comments
While western countries are fighting among themselves to get their hands on as many vaccines as possible, Russia and China has been supplying poorer countries with their own vaccines to the best of their ability. The world sees clearly now who are solidaric, and who are selfish and greedy.