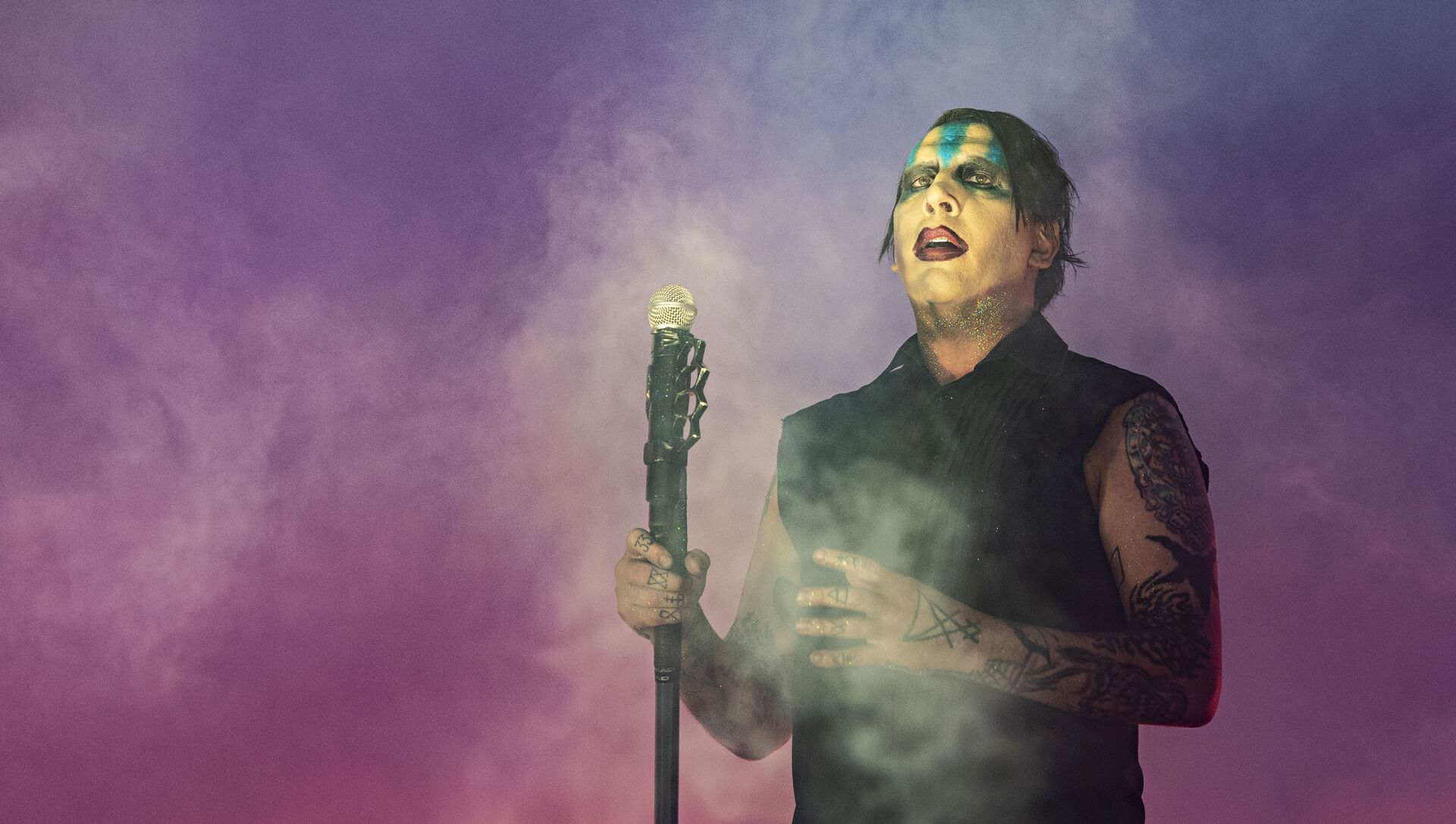 Evan Craighead
All materialsWrite to the author
Earlier this month, actor and activist Evan Rachel Wood released a statement accusing Grammy-nominated American singer-songwriter Marilyn Manson - real name Brian Hugh Warner - of a litany of offenses, including abuse, blackmail and grooming. A number of other women have since come forward with similar allegations against the 52-year-old.

After receiving information from the Federal Bureau of Investigation (FBI), California's Los Angeles County Sheriff's Department is now slated to meet with at least one of the women who leveled abuse allegations against Manson, TMZ reported Monday, citing law enforcement sources.

The report highlights that it is currently unclear if the FBI will have future involvement in the matter if a probe is launched following the examination of allegations. It also remains unknown which accuser(s) will be contacted by law enforcement.

This reported development follows abuse allegations made public earlier this month by a number of women, including Wood, who began publicly dating Manson in 2007, at the age of 19. The two ultimately ended their controversial relationship after breaking off their engagement in 2010.

"The name of my abuser is Brian Warner, also known to the world as Marilyn Manson," Wood, now 32, wrote in a February 1 Instagram post.

"He started grooming me when I was a teenager and horrifically abused me for years. I was brainwashed and manipulated into submission," she alleged. "I am done living in fear of retaliation, slander, or blackmail."

The actor went on to claim in her release she has chosen to speak on the alleged abuses and misconduct "to expose this dangerous man and call out the many industries that have enabled him, before he ruins any more lives."

Several women have leveled similar abuse allegations against Manson this month, including artist Gabriella Accarino, who claimed the singer frequently offered her drugs and took advantage of her sexually.

Accarino also alleged that upon the second time meeting Manson, he "demanded we make a blood pact" before cutting her hand with glass.

Manson issued a statement the day after Woods', claiming such allegations "are horrible distortions of reality."

"Obviously, my art and my life have long been magnets for controversy, but these recent claims about me are horrible distortions of reality. My intimate relationships have always been entirely consensual with like-minded partners," he said on Instagram. "Regardless of how - and why - others are now choosing to misrepresent the past, that is the truth."

Manson's record label Loma Vista Recordings, as well as the Starz drama series "American Gods," have ended their working relationship with the 52-year-old in the wake of the mounting allegations against him.