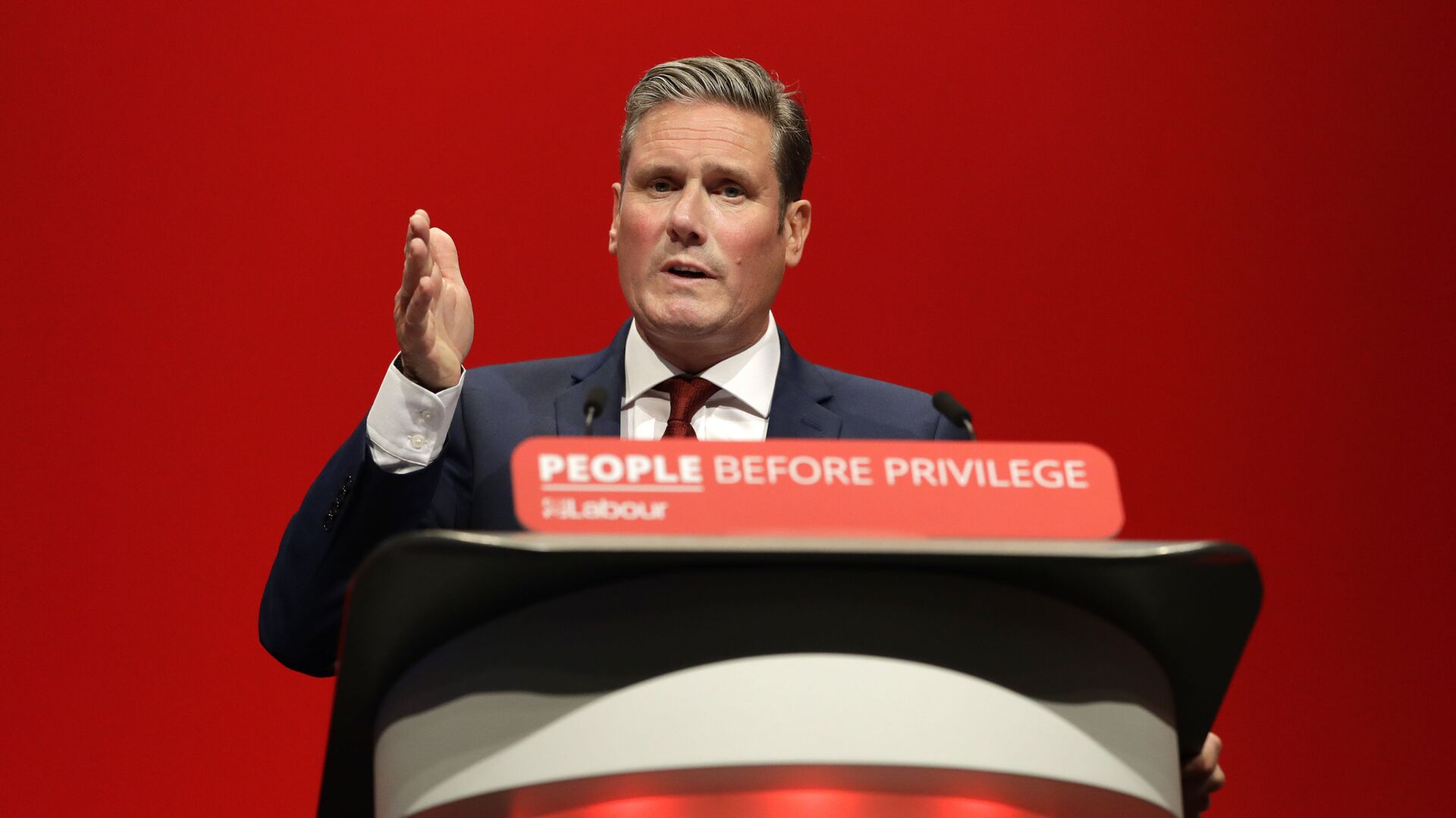 Jason Dunn
All materialsWrite to the author
Labour leader Sir Keir Starmer has attempted to rebrand the party in a pitch to the nation for a plan of national reconstruction, patriotism, and a more cordial relationship towards business.

Aside from the Second World War being a just conflict, recognition that the national solidarity that grew out of the "spirit of the Blitz" helped reconstruct the nation for the better is perhaps the most universally accepted political consensus or cliche in Britain.

In his address to the nation on Thursday, Sir Keir Starmer wasted no time in trying to tap into that national story with comparisons between the bomb-ravaged state of the United Kingdom after 1945 and the ongoing coronavirus crisis.

Outlining his 'New Chapter for Britain', the Labour Party leader likened the "mood in the air" amid the pandemic to the post-war situation and set out his vision for how "collective sacrifice must lead to a better future".

The opposition leader said that Covid-19 had exposed the inequalities and injustices in society and called on the UK to "seize the moment and go forward to a future" that would look "utterly unlike the past".

"The Conservatives want to build back. But I don't want to go back... I want our country to go forward", he said.

In reference to post-war reconstruction, he praised the 1945 Labour government's rebuilding of Britain "from the rubble of the blitz", the creation of the National Health Service, and the building of "millions of homes fit for heroes". He then contrasted this "with how so many of them were left, in their time of need, exposed to covid in underfunded care homes, unable to say goodbye".

Sir Keir blamed a decade of Tory rule for the weakening of Britain's social foundations as the reason for the country becoming uniquely vulnerable to the pandemic and added that Britain had been left "unprepared when we were tested most" due to a failed "ideology".

"These are the inevitable consequences of a decade of decisions guided by the notion that government can't interfere with the market, that you can strip back public services, ignore inequalities, and take money out of the pockets of those who need it most, only to look away when the consequences of those choices become clear", Starmer said.

Returning to the wartime motifs, Sir Keir insisted on a "call to arms" akin to the 1940 Beveridge Report - the document which outlined the basis of what would become modern-day social security.

He accused Prime Minister Boris Johnson and the Conservatives of putting forward a "roadmap to yesterday" and "another decade of insecurity and inequality".

We have to seize this moment.

The Conservatives offer a roadmap to yesterday.

Labour offers a path that tackles inequality, invests in the future and builds a more secure economy. pic.twitter.com/ZJaeEgRmqc

Sir Keir cited the International Monetary Fund's call for long-term public investments for the coronavirus recovery as well as a study by the Bank of England that observed an accumulation of £125bn in excess savings by November 2020 - estimated to reach £250bn by June 2021, showing that around 5% of the savings is expected to be spent while most of the rest will sit in savings accounts.

He said this revenue could be used to "invest in local communities, jobs and businesses", provide savings security and give "millions of people a proper stake in Britain's future".

As part of his outline for Labour's economic reconstruction, he promised to create a "British recovery bond" in order to "raise millions" for investment in "local communities, in jobs, and in businesses".

He used this proposal as an example of the kind of "creative" measures which could take place under a Labour government.

Now, is the time to be bold, innovative and build on the spirit of solidarity we’ve seen in the last year.

We can build a more sustainable, secure economy. pic.twitter.com/1lSjmToH7U

​A Friend to Business?

Addressing concerns of the party's antagonism towards Capital, he pledged to forge a "new partnership" between Labour and businesses, declaring an offer of 100,000 start-up loans if he becomes prime minister.

"If we're honest, for too long Labour has failed to realise that the only way to deliver social justice and equality is through a strong partnership with business - under my leadership, that mindset will change", he said.

Right for @Keir_Starmer to highlight the need for extension of financial support.

Extending and expanding business rates relief and keeping furlough scheme open will be critical in giving firms confidence for the future, as our research today shows 👇https://t.co/cJIeq7zvKR https://t.co/3fQsO5kqL1

​The Labour leader also offered £1 billion worth of further public funding for the Start-Up Loans Company, which offers finance for those seeking to launch their own businesses. He said the initiative had offered under 9,500 loans annually since 2012, giving priority to London rather than the north-east.

Sir Keir added that additional funding and reforms to the scheme would see 100,000 small businesses created across the UK.

He also pledged to keep the £20-a-week increase in Universal Credit and halt the "insult" of a pay freeze for front-line workers as well as expanding business rate relief and slashing of VAT for the hospitality sector.

'A Moral Crusade or Nothing'

"Our moral crusade now is to address the inequalities and injustices that this crisis has so brutally exposed - and to build a better, more secure future", Sir Keir said.

Harold Wilson said the Labour Party is "a moral crusade or it is nothing."

Today, our moral crusade must be to address the inequalities and injustices that this crisis has so brutally exposed.

Together we must build a better and more secure future. pic.twitter.com/cme7ocVUgt

​This comes in the run-up to Chancellor Rishi Sunak's "national recovery" budget set to be released on 3 March as the UK is currently facing a double-dip recession. Official data shows that 1.69 million people are not currently employed and looking for work.

The bill's contents will determine the nature of Britain's post-covid recovery. A problem facing Labour now, however, is that the ruling Conservatives now appear to be ditching the austerity measures of the Cameron-Osborne era.

While Sir Keir blamed Tory cuts to public services for weakening the country and said he would, as prime minister, reverse them, his pledge may have come too little too late when the current Conservative front bench are saying exactly the same thing.

With a £4.6 billion covid relief package for the retail sector announced just last month, Boris Johnson has overseen some of the largest public investment projects in the UK's history. The new spendthrift Tory policies don't seem to be going anywhere either, with a 'ten-point plan' for a green recovery project announced last November including investment in jobs, infrastructure, and green technology.

One could call this cynical electoral maneuvring from a government whose record on social welfare was exposed by the left-wing policy proposals of the opposition in the last 2 general elections. However, it remains potentially problematic for Keir Starmer's pitch as an alternative to the ruling party.

Sir Keir's leadership has undergone a revamping of Labour in an effort to address accusations that the party lacked patriotism, especially in comparison to the scarlet internationalism of his predecessor Jeremy Corbyn.

This was confirmed as an explicit strategy by the party earlier this month when a leaked document included advising Labour to make “use of the [union] flag, veterans [and] dressing smartly” in an effort to win back voters who had become disillusioned with the party at the last election,

Often seen giving addresses in front of Union Jacks and the frequent references to Britain's post-war reconstruction, Starmer is attempting to reintroduce the Labour Party to the UK's national story.

Last year, Starmer’s former leadership rival Rebecca Long-Bailey ran on a platform of “progressive patriotism” - a merging of a love of country with economic radicalism, which has broadly become the current leadership's own strategy to getting into No.10 at the next election. 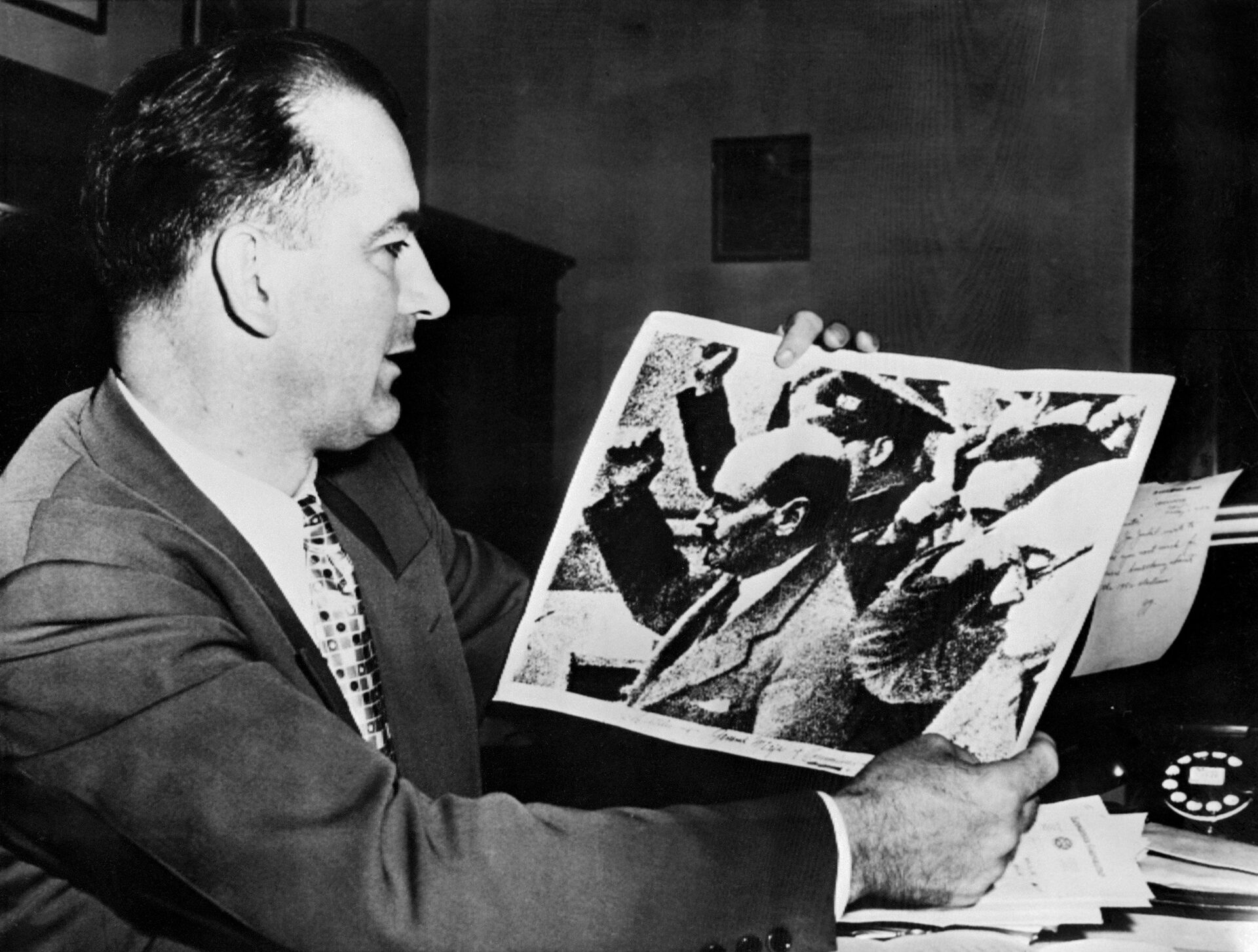 The issue of electability overshadows everything the current leader has done since taking the reins of a party that suffered its biggest electoral setback since 1935. However, despite the purple redecoration, Labour still remains lagging in the national polls and Sir Keir's personal approval ratings are declining.

Labour has faced a downward electoral trajectory since Tony Blair's landslide in 1997. Since then, with a single exception of Corbyn's moderate success in 2017, the party has consistently lost votes.

So can Starmer reverse this trend by reaffirming the party's commitment to patriotism and waving the Union Jack?

Labour's landslide victory in 1945 came against a very different backdrop to today. A vibrant radical coalition of trade unions and progressive forces existed in Britain and a largely state-directed war economy had been in place since 1939.

The readership of the Daily Worker - the Communist Party of Britain's national paper - surpassed that of some of the UK's largest publications, including the Financial Times. Having just defeated the Nazis, the Soviet Union stood in repute and social democracy was introduced across Europe to save capitalism from the perceived "threat" of an alternative.

More simply; Britain had class consciousness when Labour won and "built back better" from the wreckage of World War 2. A subject notably not included in the current leader's speech today.