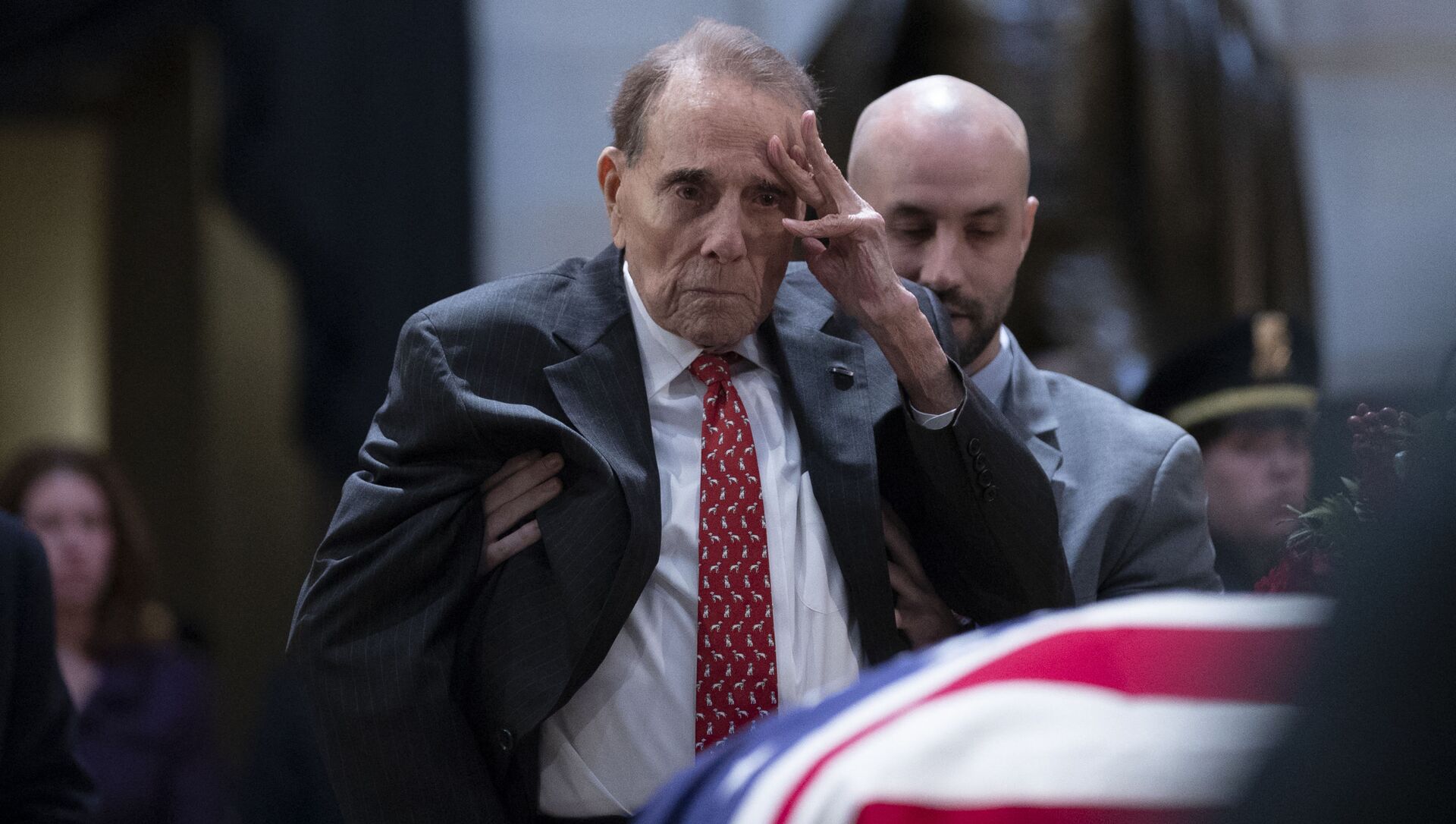 Kirill Kurevlev
Managing Editor
All materialsWrite to the author
Former Senator Dole was the GOP leader in the Senate for nearly 11 1/2 years, and was the longest-serving upper chamber leader of the party, until current Minority Leader Mitch McConnell broke the record in 2018.

Former Kansas Senator and a GOP presidential contender, 97-year-old Bob Dole, revealed he had begun treatment earlier this week for his stage 4 lung cancer, which is the most advanced stage of the illness.

Dole, a native of Kansas, had led the state in Congress for almost 36 years, until resigning from the Senate in 1996 to challenge Bill Clinton, the Democratic incumbent.

"While I certainly have some hurdles ahead, I also know that I join millions of Americans who face significant health challenges of their own," he said in a statement published Thursday.

Dole became the Senate majority leader in 1984, having first won his Senate seat in 1968. He continued to lead the Senate Republicans when the party was in the minority for eight years, from 1987 to 1995, and then again when they won a majority in 1995, before leaving the post to run as the party's presidential candidate in the 1996 elections.

Dole continued to be active in politics after his losing his presidential bid, giving endorsements and speaking on public issues.

Many prominent US politicians from across the political spectrum have offered their sympathy, prayers and good wishes.

The Pompeos are praying for Senator Bob Dole. A Kansas legend who has served — and continues to serve — Kansas and America. All our love & support to Bob and Elizabeth. @SenatorDole @DoleFoundation

Saddened to hear that @SenatorDole has been diagnosed with cancer. Sen. Dole is someone I respect as a leader and consider a friend to me and Robba. We are praying for him and Sen. Elizabeth Dole as they tackle this new challenge. pic.twitter.com/xVySE0ToUd

​Dole overcame debilitating war wounds suffered near the end of World War II. He was struck by a German shell fragment that crushed two vertebrae and paralyzed his arms and legs while charging the enemy position in 1945. Although he recovered, he was never able to regain the use of his right hand.

As a captain, Dole left the Army, but in 2019 Congress accepted a promotion to colonel for him. He has received two Purple Hearts for his military service and was awarded the Bronze Star twice.

The statement from the former senator comes a day after conservative talk show host Rush Limbaugh died after a year-long struggle with stage 4 lung cancer.