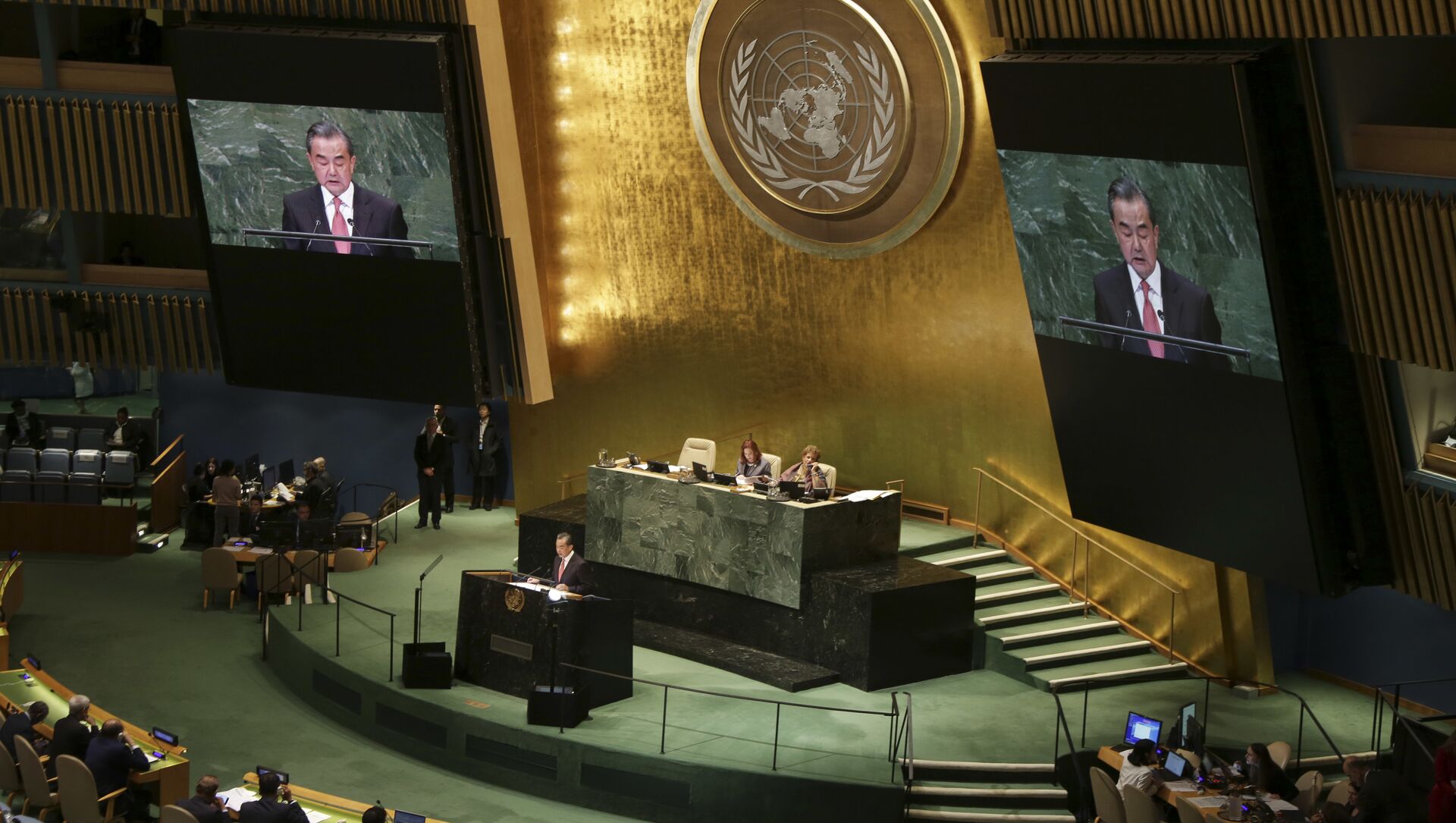 Demond Cureton
All materialsWrite to the author
According to China's top envoy, the mainland has helped 53 nations with vaccines and shipped its domestic products to 22 countries, adding Beijing gave 10m doses of its COVID-19 vaccines to the World Health Organisation's COVAX programme in recent months.

Wang added that cooperating on the fight against COVID-19 should not be a "zero sum" game and Beijing did not intend to add geopolitical interest in deploying vaccines.

“The vaccines are entering high income nations rapidly and in large quantity, leaving only a few to the poor nations. This has led to an “immunity divide” and intensifies the development gap between rich and poor countries. We should come together to reject vaccine nationalism, promote fair and equitable distribution of vaccines and, in particular, make them accessible and affordable for developing countries, including those in conflict,” he said at the UNSC memeting.

The news comes as the world struggles with nearly 110m cases and roughly 2.5m deaths due to the virus, figures from Johns Hopkins University show.

UN secretary-general Antonio Guterres also slammed in his speech the "wildly uneven and fair" rollout of COVID-19 jabs, adding 10 nations accounted for 75 percent of all vaccines.

“More than 130 countries have not received a single dose. Those affected by conflict and insecurity are at particular risk of being left behind. If the virus is allowed to spread like wildfire in the global South, it will mutate again and again. This can prolong the pandemic significantly, enabling the virus to come back to plague the global North,” Guterres added.

According to the WHO, the COVAX programme will require $6.8bn USD this year for a successful global vaccine rollout.

The news comes after US secretary of state Antony Blinken said the United States would lead in deploying vaccines globally and pledged over $200m to the UN and COVAX programmes.

Blinken's efforts are a U-turn from former US president Donald Trump's administration, who accused Beijing and the WHO of covering up the origins of COVID-19 and withdrew funding from the health organisation.

Efforts to investigate the origin of the pandemic should be "independent and transparent", Blinken added.

Science & Tech
CIA-Linked Nonprofit Accuses Russian News Of 'Cookie Campaign' Amid Sputnik V Vaccine Rollout Effort
The comments come as the Atlantic Council's Digital Forensic Research Lab accused China of leading disinformation on COVID-19 along with entities in Russia, the US and Iran, among others. Beijing has sharply denied the claims.

The US Federation of American Scientists (FAS) also accused a branch of Sputnik News and numerous Latin American media firms of spreading malware to destabilise vaccine rollouts from Pfizer-BioNTech, Moderna and Oxford-AstraZeneca, citing the potential use of cookies to influence readers.