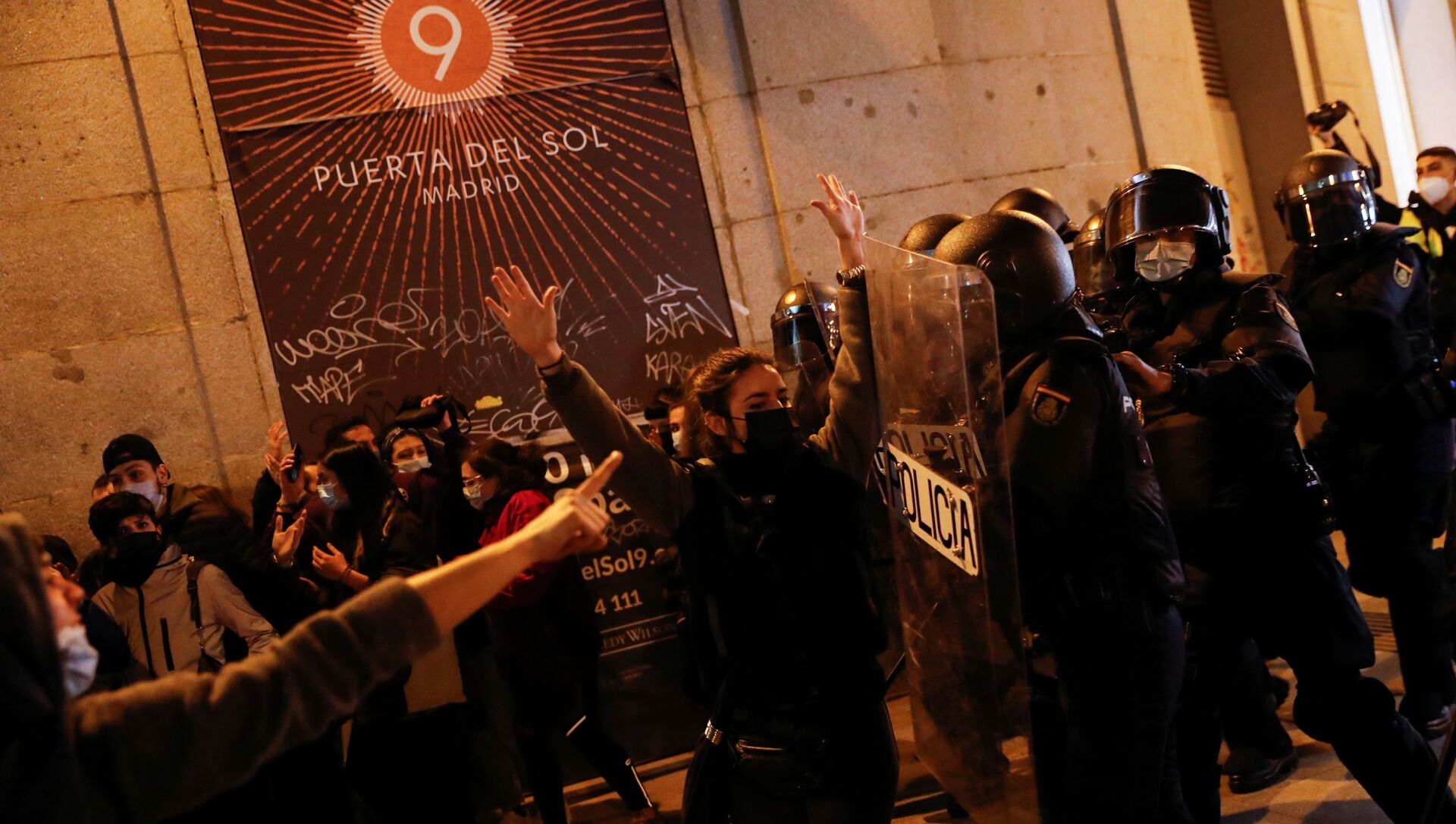 Kirill Kurevlev
Correspondent
All materialsWrite to the author
Protests have swept through big cities in Spain recently over the arrest of rapper Pablo Hasel, who was convicted for "slander against the crown" concerning his provocative song lyrics and social media posts.

Several dozens of people have been detained during the ongoing protests in support of jailed rapper Pablo Hasel across Spain, a Sputnik correspondent reported.

In Madrid, police resorted to tear gas and rubber bullets to disperse the protesters. The demonstration began on Wednesday evening in the central square of the capital, Puerta del Sol, where citizens gathered in support of the freedom of speech. Protesters demanded the immediate release of rapper Pablo Hasel, who was sentenced to nine months in prison for glorifying terrorism and insulting the nation's monarchy.

​Protesters were heard singing the hip-hop song "Los borbones son unos ladrones" ("The Bourbons are Thieves") criticizing the monarchy, which is popular in the region of Catalonia.

The demonstration quickly turned into riots in the neighboring streets as protesters were seen throwing projectiles at law enforcement officers. Several people were reportedly injured during the clashes.

According to another video, a barricade was set on fire.

​Similar demonstrations that took place on Tuesday also ended up in riots. Several dozen people were injured, at least 18 were detained.

Pablo Hasel was arrested after barricading himself at the University of Lleida with nearly 50 supporters. His jailing caused a public outcry and debates about the freedom of speech. Hundreds of artists, including Javier Bardem and Pedro Almodovar, signed a petition against the imprisonment.