There is Strong Argument for Teachers to be Vaccinated Now so Schools Can Reopen, Analyst Says 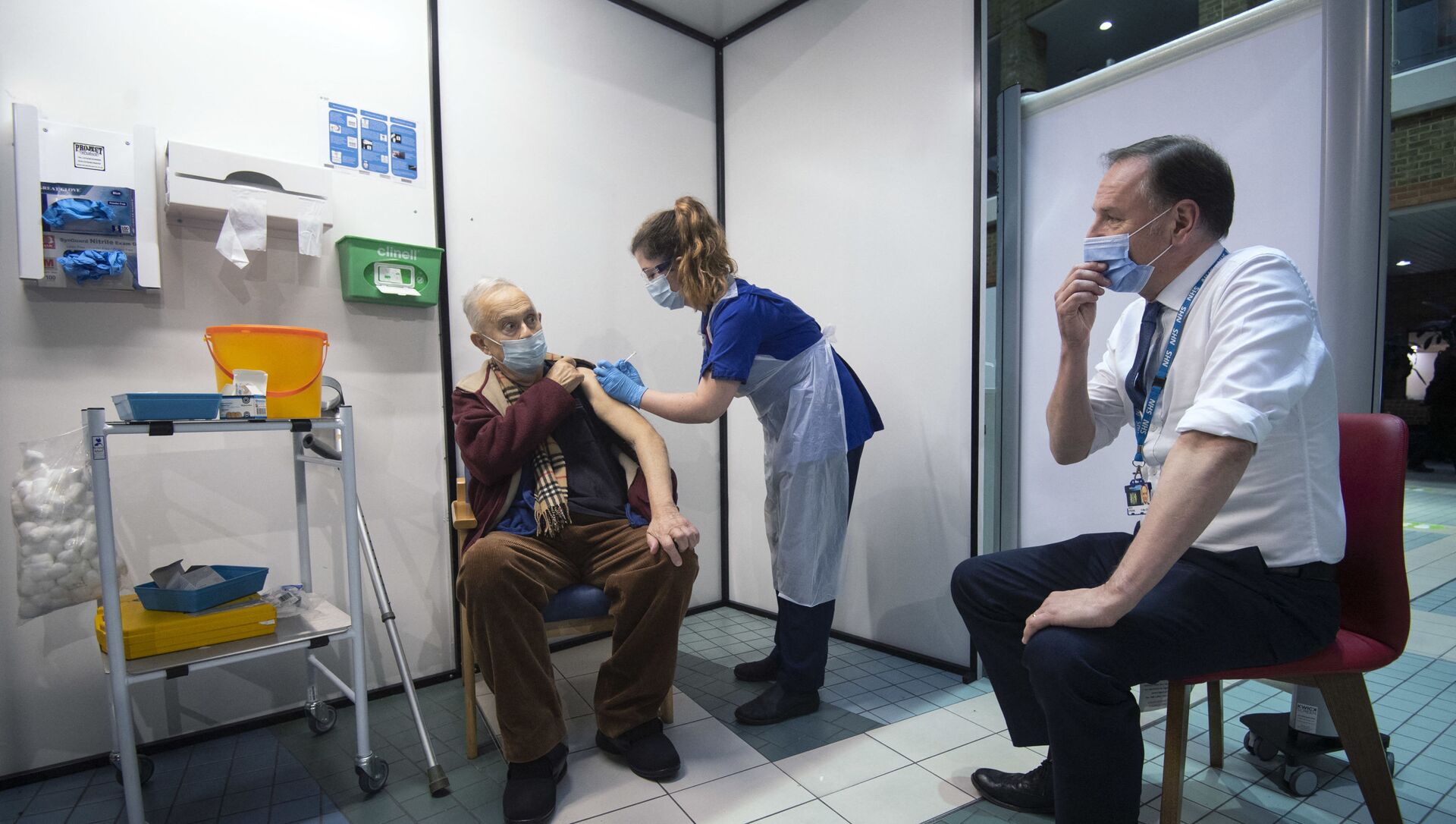 In the midst of a battle which at times has brought a nation close to its knees, the announcement that 15 million people in Britain have rolled up their sleeves to be vaccinated seems to have galvanised and United a Kingdom.

With people over 70, front line health and care staff, care home residents and the clinically vulnerable all being offered the vaccine, there is a glimmer of hope that the halcyon days of normality may yet return.

However, there is still much work to be done and the government has been warned that a lack of planning could affect the next phase of the rollout. Questions as to how effective the vaccination programme has been, have yet to be answered as the government awaits crucial information that could determine who is next in line for the vaccine.

In the coming days, challenging decisions will need to be made around who should be next on the vaccination priority list and calls to protect teachers and unpaid care workers are continuing to grow.

Vageesh Jain, NIHR Academic Clinical Fellow in Public Health Medicine reflects on whether or not vaccines should be distributed strategically to re-open society.

Sputnik: The vaccine rollout has so far seen the elderly and those clinically vulnerable, vaccinated first, why do you think this particular framework and approach has been adopted?

Vageesh Jain: This is the approach that's been recommended by most public health agencies. Most countries are following this approach, with a recognition of the fact that the most vulnerable in this pandemic have really been the elderly and those with underlying conditions and those in care homes. And so if the priority of vaccination is to mitigate the impact of a pandemic, then that's probably the best place to start. I also think it's from a logistical point of view, it has certain advantages to prioritise, the groups that have been prioritised, and it certainly makes it easier to roll out.

Sputnik: Is there an argument for vaccines to be distributed strategically to maintain essential service and reopen society?

Vageesh Jain: Yes, there is an argument. I think that argument becomes more relevant now once you've protected those who are most at risk of dying. So as we move to a kind of a second phase of this, it is certainly the case that more people are advocating for certain occupational groups. For example, teachers should be vaccinated, given the potential benefits that could have of maintaining the opening of schools and other essential services. There is a strong argument for that. and particularly when you have moved down the age brackets, and so we consider a kind of hypothetical scenario. You have a 54-year-old, who is not a teacher, who may be getting a vaccine ahead of someone who is a few years younger, who is a teacher, and not necessarily the case that there's a correct answer to that. But certainly, the way that people prioritise should reflect our kind of core objectives and our social value judgments of, who should in that scenario, get a vaccine first, given the potential implications.

Sputnik: How necessary is it for the government to define their overall aims of the vaccination program in an effort to decide who should be next in line for the vaccination?

Vageesh Jain: Yeah, I think it's absolutely necessary. It's the most essential thing is to make the core objectives of the vaccination program explicit and I think the UK has done that. The objective set out has been to prevent mortality to prevent death from Covid and to protect the hospital system. And I think you know, the way that vaccination has progressed has been commensurate with those ends. The question now is, can those aims change slightly? Can we prioritise groups in a way where we can reach wider benefits, so for example, maintaining services, or limiting transmission, or protecting particularly vulnerable groups who maybe haven't already been protected? It's absolutely essential to make this explicit. And I think if there is a pivot towards, prioritising other groups, not just on the basis of age, then those objectives could be made clear as well.

Sputnik: Could scarce vaccine supplies or other external factors possibly determine who receives the jab next?

Vageesh Jain: In terms of scarce supplies, we haven't had such an issue in terms of the priority groups. So there is a kind of theoretical issue of when you're deciding which groups to prioritise. You can't prioritise a group that consists of 80% of the population, because that wouldn't make sense based on the amount of supply of vaccines that we have. I think until now, the groups have been chosen quite sensibly, representing a certain proportion of the population that it is realistic to prioritise those groups ahead of others. As we move down into other groups and this may be why age again, is logistically feasible. But there are other groups that we could vaccinate realistically, where supply wouldn't necessarily be an issue because the size of the group is manageable. So for example, certain occupational groups or people from certain communities or who live in certain types of facilities like prisons or homeless shelters, these are all manageable sizes, that it would be realistic to have set up priority groups if that was the desired objective.