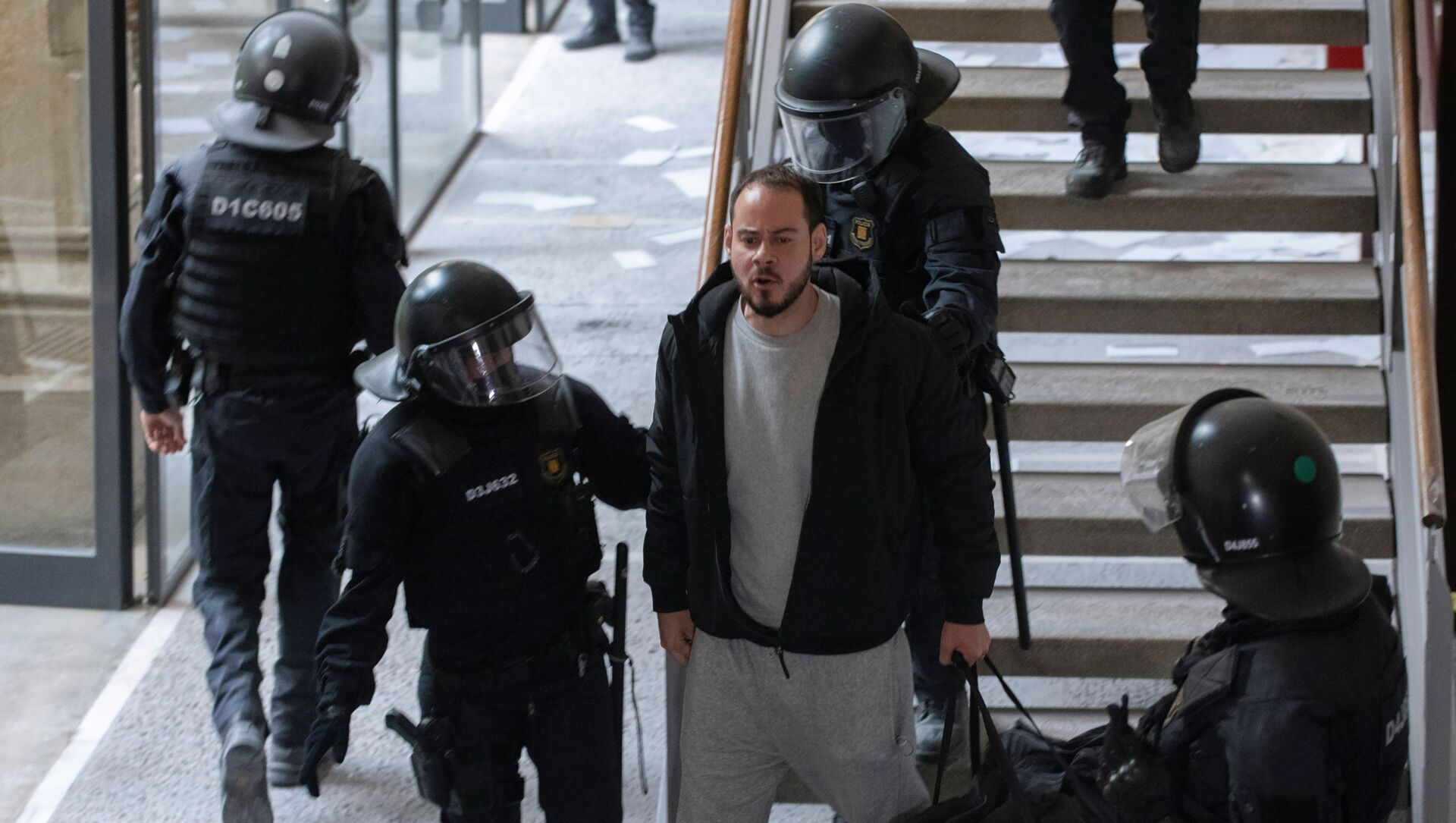 Arty Katkov
All materialsWrite to the author
Spanish rapper Pablo Hasel, known for insulting the nation's monarchy, was arrested on Tuesday morning and sentenced to nine months in prison.

About 30 people were injured and eight of them hospitalised as a result of protests and clashes with police in a number of Spanish cities after people took to streets in support of rapper Pablo Hasel, arrested for what the police said was glorifying terrorism and insulting the monarchy.

According to the polic,e at least 14 people were detained: two in Barcelona, ​​four in Vic, and eight in Lleida as a result of the riots.

Posts on social media show grim footage of fires started by protesters during the night.

The aftermath photos from the scenes show broken glass and damaged infrastructure.

Hasel was sentenced to two years of probation for praising terrorism in 2015 and was sentenced again in 2018. The terrorism-related charges against the musician were brought in connection with references to the GRAPO organisation in his lyrics, which is in a list of terrorist organisations in Spain.

The rapper refused to voluntarily arrive at the prison last Friday and barricaded himself at the University of Lleida on Monday, along with nearly 50 supporters.