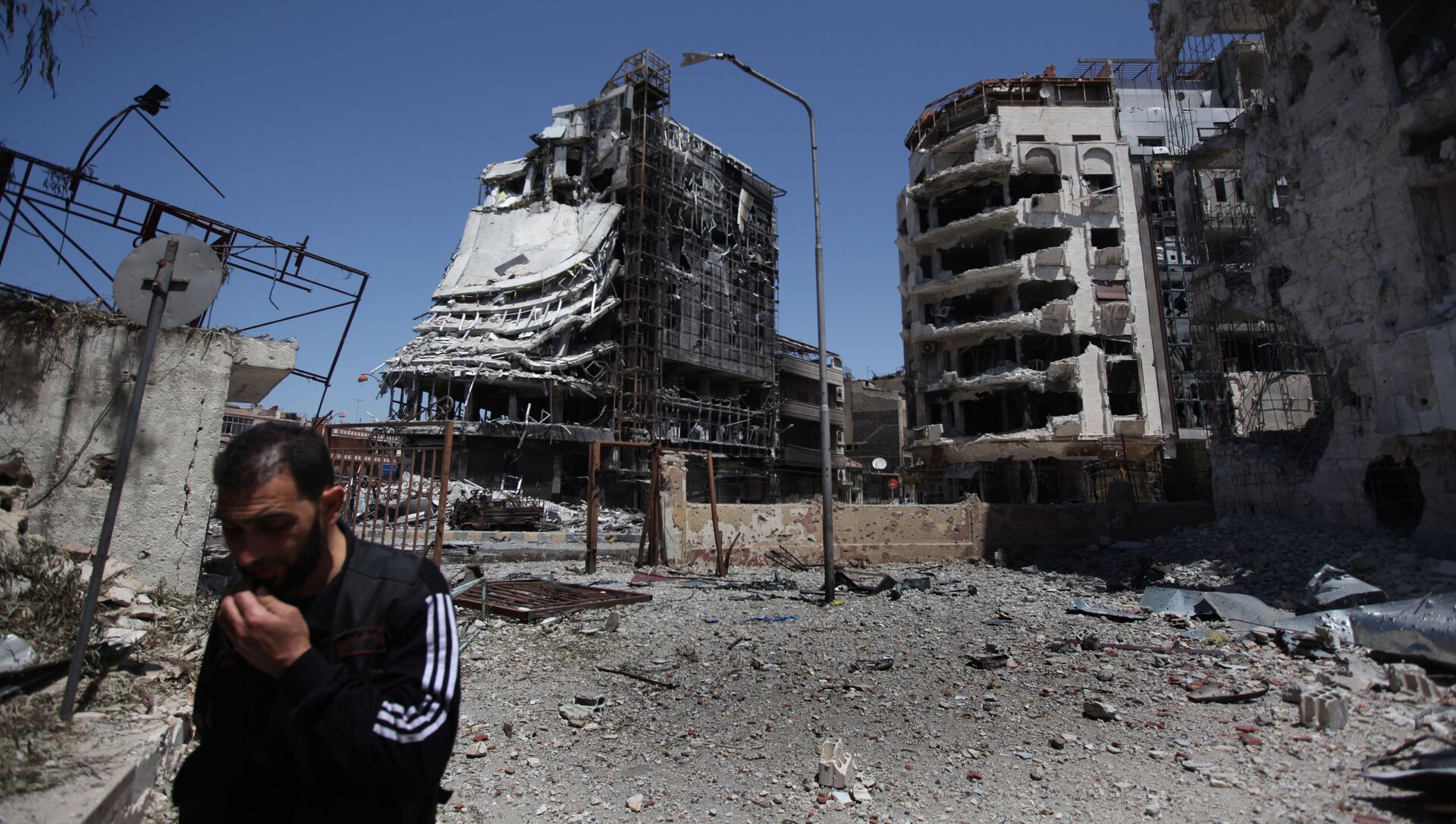 HOMS (Sputnik) - A large cache of weapons used by militants of the Daesh* terrorist group in the southern Syrian provinces of Homs and Deir ez-Zor was discovered by the country's government troops with the support of Russian Aerospace Forces drones, a spokesman for the Russian Armed Forces group in Syria told reporters.

"As a result of reconnaissance and search operations of the Syrian government forces with the support of unmanned aerial vehicles of the Russian Aerospace Forces in the desert area in the east of the province of Homs, a large cache was discovered, used by Daesh militants to conduct terrorist activities in the provinces of Homs and Deir ez-Zor," the spokesman said.

"Four militants in two pickup trucks with heavy machine guns, who were discovered near ​​the cache and apparently guarded it, were killed during the operation," he said.

The cache contained 36 assault rifles and light machine guns, seven large-caliber machine guns, a mounted grenade launcher with 28 grenades, an anti-tank guided missile system, 87 mines and grenades, about 40 kilogrammes of explosives and over 22,000 rounds of ammunition, including those produced by NATO countries. The militants also kept in a cache about 45 kilograms of medicines, some of which had also been brought from abroad, and 350 kilogrammes of food.

Meanwhile, Rear Adm. Vyacheslav Sytnik, deputy head of the Russian Defense Ministry's Centre for Reconciliation of Opposing Sides in Syria, said at a briefing on Wednesday that terrorists from the Jabhat al-Nusra* terrorist group had shelled Syria's Idlib de-escalation zone 32 times in the past 24 hours. According to Rear Adm. Sytnik, the number of attacks according to the Syrian side's data totaled 29.

On Sunday, the Centre for Reconciliation said that the Russian Defence Ministry had evidence that the controversial White Helmets militant group has arrived in northwestern Syria to stage a new "provocation."

*Daesh (also known as ISIS/ISIL/IS), *Jabhat al-Nusra (also known as Al-Nusra Front, Jabhat Fatah al-Sham, or al-Qaeda in Syria) are terrorist organisations outlawed in Russia and many other states