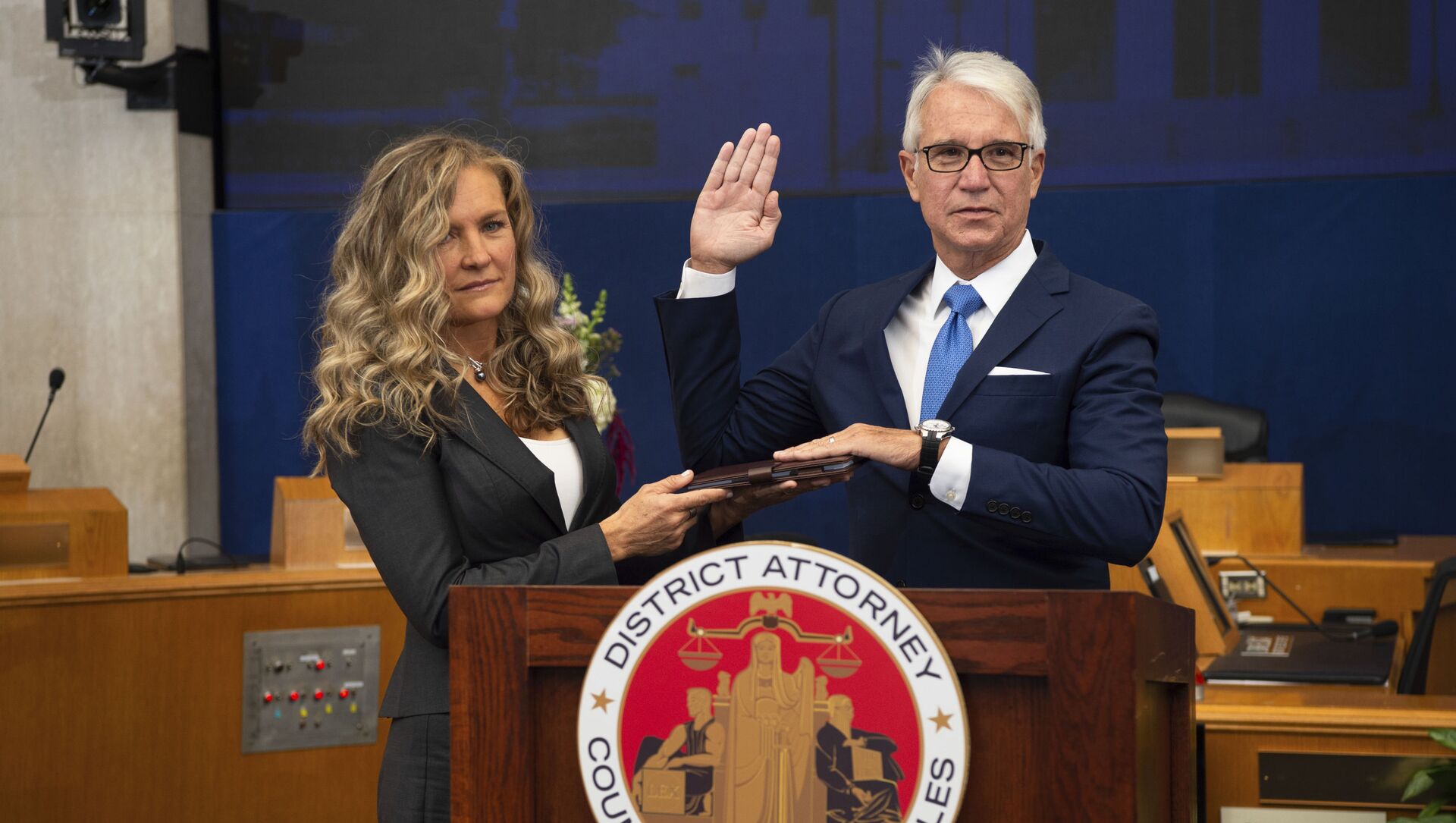 Kirill Kurevlev
Correspondent
All materialsWrite to the author
A former police officer and long-time San Francisco District Attorney, Gascon is a founding member of the California Prosecutors Alliance, which was founded last year to support criminal justice system reforms.

LA County District Attorney George Gascon has resigned from the California District Attorneys Association, calling it a group "solely for those willing to toe the ‘tough on crime’ line," as it failed to support "the pursuit of justice," according to a statement he posted on his Twitter page Tuesday.

Gascon cited the group's all-white board of directors in his letter announcing his resignation as an indication of its inability to change.

“The absence of a single person of color on CDAA’s 17-member board is blinding,” the attorney wrote in a letter to the CDAA president. “This is the leadership that sets the direction for an organization of elected prosecutors, all of whom disproportionately prosecute communities of color at a time when the nation is facing a reckoning over systemic racism.”

Learning from history is essential to our growth and progress.

But eventually we must forge ahead for a better future.

Today I left the @Cal_DAA. CA voters are ushering in an era of reform, and it's time to leave CDAA behind to create a better, safer, and more equitable future. pic.twitter.com/6KzRwZSFqx

Gascon also condemned the CDAA for its support of the LA Association of Deputy District Attorneys' lawsuit that aims to halt some of his reforms. According to an LAist report, a judge granted the association's request for a temporary injunction earlier this month to block the DA from pressuring his attorneys in some of the cases to demand the dismissal of sentencing enhancements.

"While the voters have embraced reform after reform, CDAA has opposed laws that would prevent kids from being trialed as adults, combated efforts to cut down on racial discrimination in jury selection, and lobbied against prosecutions for sex workers who report crimes," he continued.

Gascon claimed that the organization chose to "abandon prosecutorial discretion, a hallmark of the profession," and it is "proof enough that CDAA has lost its North Star," as he praised the Prosecutors Alliance of California, which he is a founding member of, and which is already serving almost 30% of the state's population, according to Gascon.

"The vacuum of prosecutorial leadership on criminal justice reform left by CDAA will be filled by those willing to truly stand up for prosecutorial excellence," the district attorney concluded.

The head of the CDAA, Vern Pierson, reportedly shot back at Gascon, saying in an email that his decision "aappears to be a publicity stunt to divert attention from his favoring criminals at the expense of victims and growing calls for his recall."

Pierson, who is the DA of El Dorado County, called Gascon's comments about the group's all-white board "disingenuous," because Gascon ran against Jackie Lacey, who is of African descent, also a CDAA board member and former LA DA.

According to the report, Gascon is only the second DA to leave the Association, as just one of the other 58 DAs in the state quit the group last summer, namely San Joaquin County District Attorney Tori Salazar.

Although Gascon is a Democrat and Salazar is a Republican, both believe that the CDAA has refused to accept what they see in the criminal justice system as much-needed improvements.