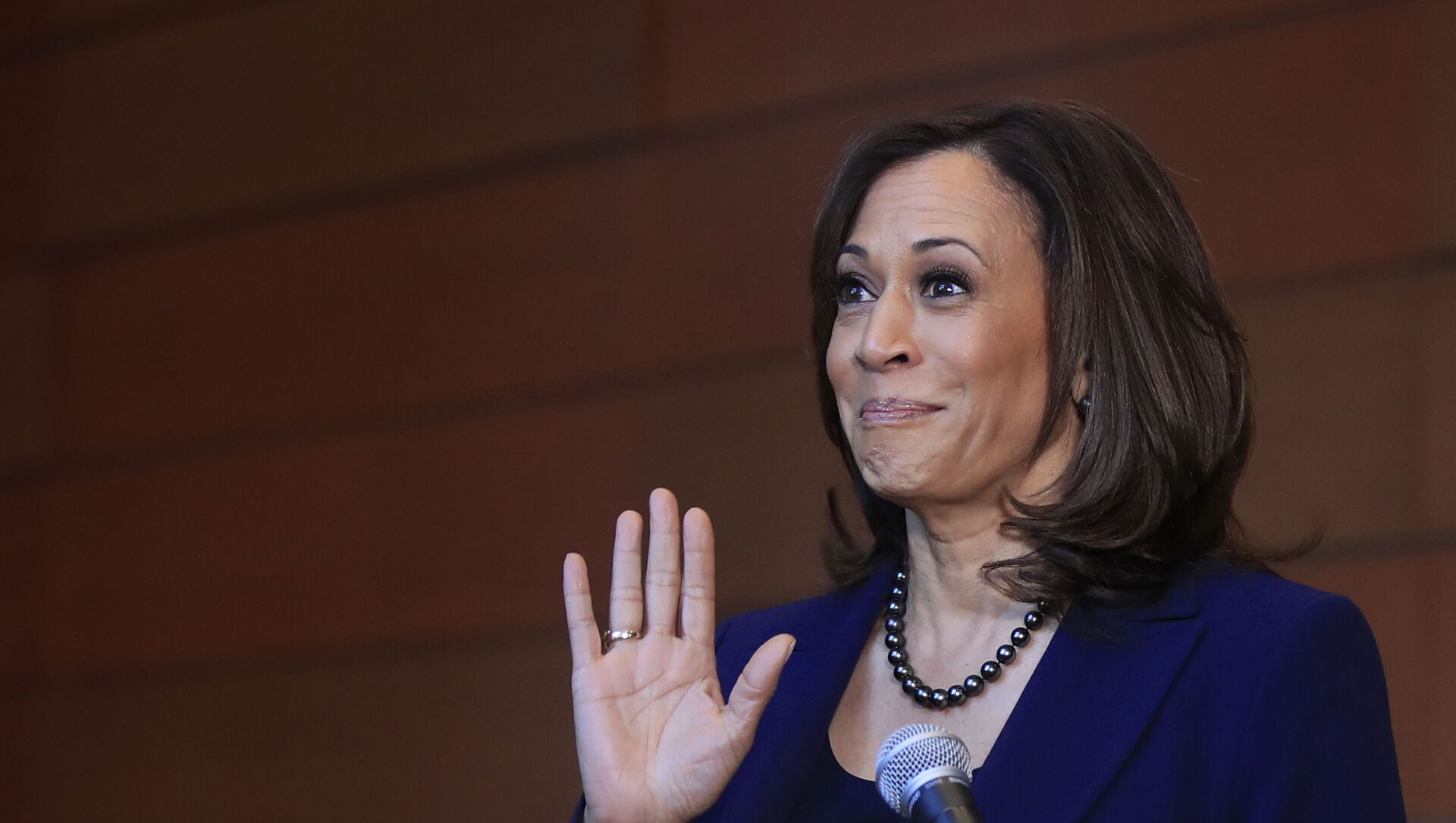 Svetlana Ekimenko
All materialsWrite to the author
Just weeks into a new White House administration, Vice President Kamala Harris on Monday held her second call with a foreign leader, as she spoke with French President Emmanuel Macron after a conversation earlier in February with Canadian Prime Minister Justin Trudeau.

Vice President Kamala Harris has been raising eyebrows among critics after taking calls on behalf of President Joe Biden, feeding into speculations that she will play an important role in the White House.

Harris and Macron also “agreed on the need for close bilateral and multilateral cooperation to address COVID-19, climate change, and support democracy at home and around the world,, according to the White House readout.

They also discussed a plethora of regional issues, extending to the Middle East and Africa, and the “need to confront them together”.

On 1 February Harris and Trudeau dwelt on “the United States’ desire to work closely with Canada on a wide range of issues, including combating the COVID-19 pandemic, addressing climate change, and expanding our economic partnership in ways that advance the recovery and create jobs,” said the office of the Vice President, cited by the outlet. 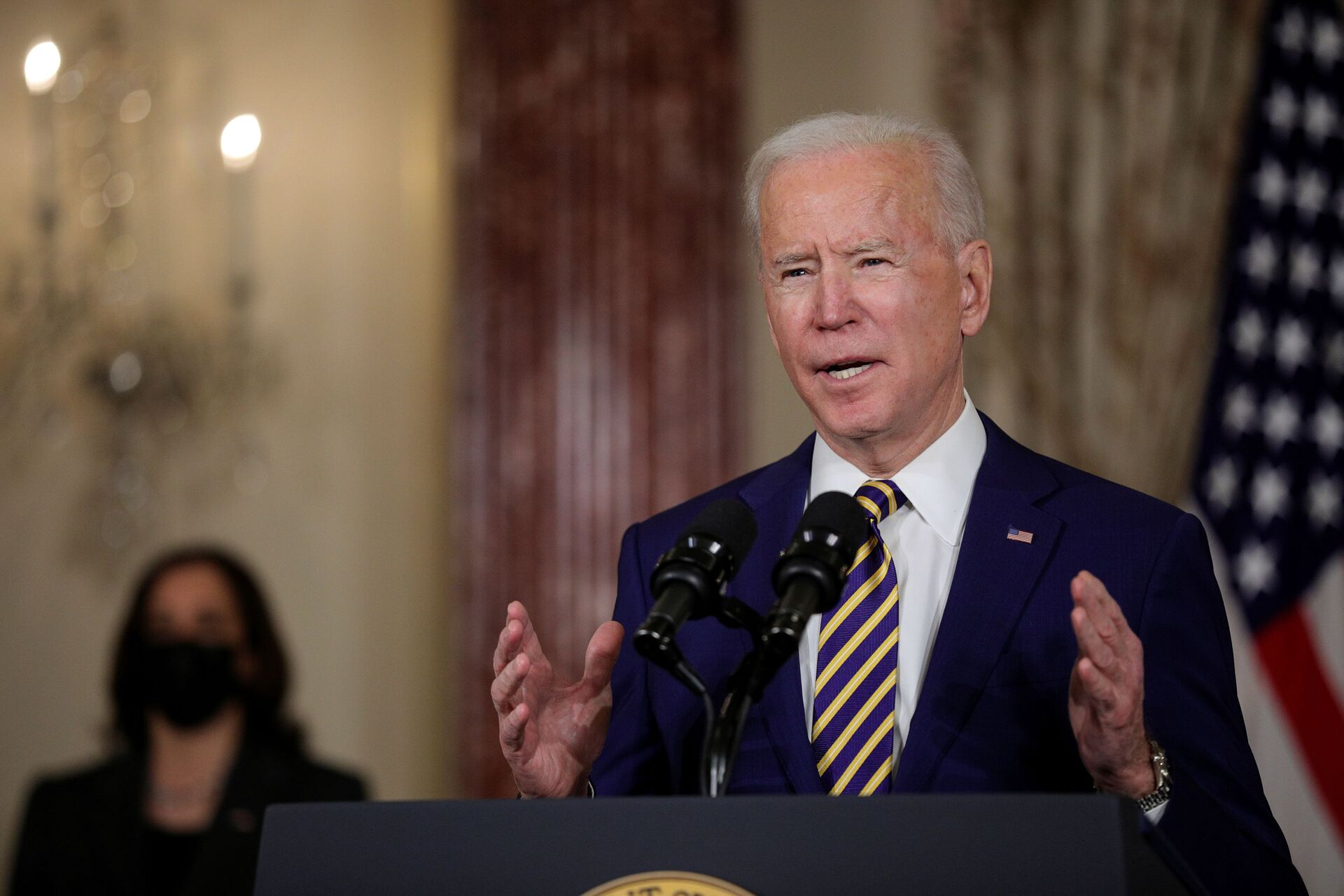 President Joe Biden had earlier spoken with Justin Trudeau on 22 January in his first call as president with a foreign nation’s leader.

He also spoke with France’s President Macron on the phone on 24 January. Biden has since conferred with the leaders of the UK, Germany, Russia, Japan, South Korea, China, Australia and India.

Coming just weeks into the new administration, the calls by the Vice President have, however, led critics to point out that a review of press notices from predecessor Vice President Mike Pence’s final year in office reveals no readouts of direct calls with leaders of foreign nations.

Pence occasionally spoke directly by phone with foreign leaders, yet the role throughout 2020 was generally performed by former President Donald Trump.

In earlier years, Pence had conferred and sometimes met with foreign leaders during trips abroad.

Mike Pence spoke on the phone with Justin Trudeau in 2019 and with the presidents of Argentina and Australia in 2017. He also had conversations in 2018 and 2019 with Colombia’s president, Ivan Duque Marquez, spoke in 2018 with Iraq’s prime minister Adil Abdul-Mahdi and in 2019 with Ukrainian President Volodymyr Zelensky.

According to the Council on Foreign Relations, the role of the vice president in foreign policy has been boosted since the mid-20th century, with Dick Cheney, 46th vice president of the United States from 2001 to 2009, credited with having helped shape President George W. Bush’s foreign policy priorities during his tenure.

However, conservatives have repeatedly voiced concerns about Joe Biden’s ability to shoulder his duties as the oldest president ever elected, at the age of 78.

Netizens also weighed in on the news, with some calling into question the ability of President Biden to “do his job”.

On your way to make the calls to other countries that biden is supposed to be making????

Time to impeach Joe Biden he cannot even do his job VP Kamala Harris making calls for him because he not healthy enough to his job come on GOP get off your ass.

And I heard that one “news” (lol) show reported that Biden “put a log on the fire”; also, that Kamala Harris is making the introductory calls to foreign heads of state- which is, traditionally, the role of the President! We expected him to remain “hidden/ protected”, didn’t we?! https://t.co/v2Ioy5D513

So why is kamala harris making calls to foreign leaders? Is it past sleepy joes bedtime? Or is she really in charge now?