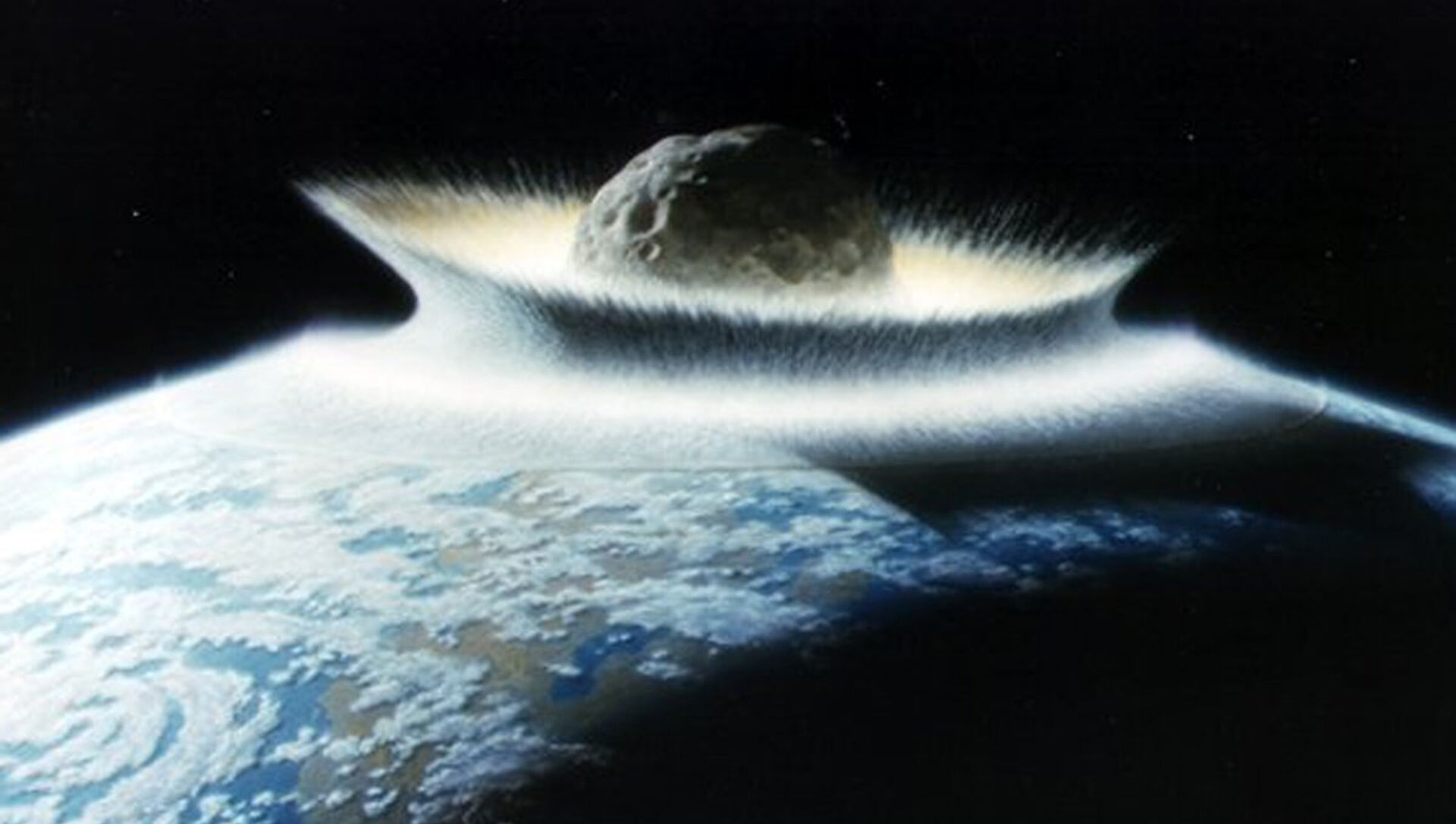 Aleksandra Serebriakova
Moscow-based Sputnik correspondent specializing in foreign affairs.
All materialsWrite to the author
It is currently assumed in the scientific community that the Chicxulub impactor – the one that left a nearly 81-kilometre deep hole off the Mexican coast and killed the Mesozoic era's most famous reptiles – was a part of an asteroid that came from the belt between Mars and Jupiter. Not everyone agrees.

A new study put forward a fresh theory behind the origin of a devastating rock that hit the Earth more than 66 million years ago, wiping out most of the living creatures, including the dinosaurs.

According to Harvard Professor Avi Loeb and astrophysics pundit Amir Siraj, who co-authored the paper, the catastrophic object – known as the Chicxulub impactor – could have come from much further away than initially suggested by scientists. Precisely, from the Oort cloud located at the very edge of our solar system.

With the help of statistical analysis and gravitational simulations, the pair came to the conclusion that a comet from the Oort debris was pulled into the solar system by Jupiter’s gravitational field while losing its trajectory. It was then ripped into pieces by the sun’s tidal force, the scientists believe.

One of the comet’s fragments, approximately 80 kilometres in diameter, then entered the Earth’s atmosphere to hit our planet and forever change the course of its history.

“Basically, Jupiter acts as a kind of pinball machine,” Siraji explained to the Harvard Gazette. “Jupiter kicks these incoming long-period comets into orbits that bring them very close to the Sun.” 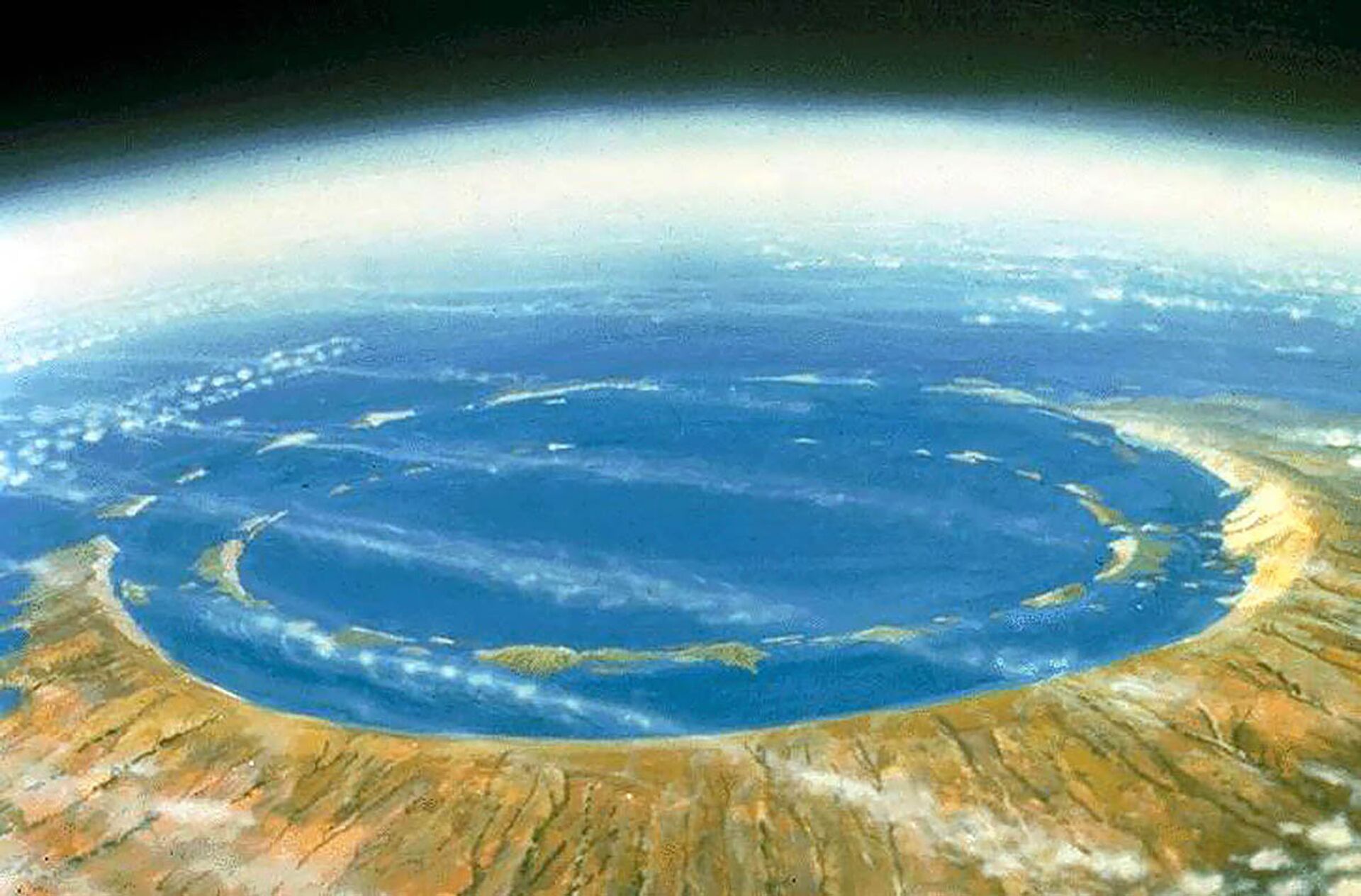 Not everyone agrees with this interpretation of events. Bill Bottke, a planetary scientist at the Southwest Research Institute in Boulder, Colorado, told the New York Times that the theory overestimates the idea behind long-period comets being pulled apart by the sun and how often this could happen.

"I believe their work has several intrinsic problems,” Bottke said, adding that the evidence about the Chicxulub impactor tends to point to an asteroid rather than a comet, although this remains “not conclusive”.

But the authors of the research, that was published by Scientific Reports, would actually argue that there is some crucial evidence to support their case: only about a tenth of all asteroids in the belt contain carbonaceous chondrite, a primitive material detected at the Chicxulub hole and other similar craters around the Earth. Meanwhile, most long-period comets are believed to be made out of carbonaceous chondrite.

"Our hypothesis explains the composition of the largest confirmed impact crater in Earth's history as well as the largest one within the last million years," the authors wrote in the paper.

Amateur Astronomers Believe They’ve Spotted Earth's Second Trojan Asteroid
One of the study’s authors, Avi Loeb, made headlines this year after his book ‘Extraterrestrial: The First Sign of Intelligent Life Beyond Earth’ claimed that famous ʻOumuamua interstellar object could have been a product of an alien civilisation.

The professor, who previously said that science was “too conservative”, believes that his new hypothesis could be easily tested when the new Vera Rubin Observatory in Chile becomes operations next year and astronomers gather more data on long-period comets.

According to the scientist, the theory is not only about finding the truth but also about the need to be ready for similar threats in the future.