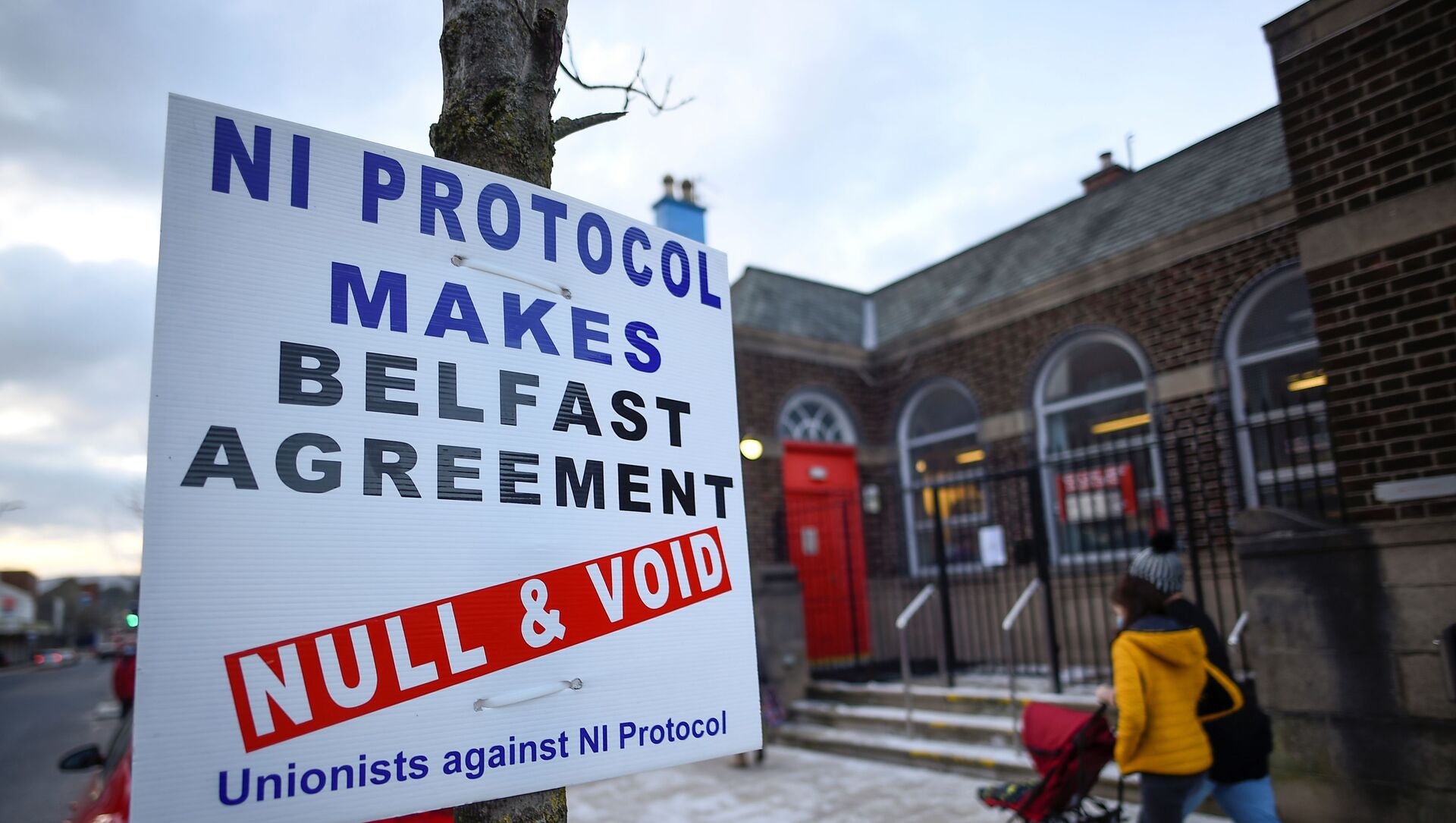 Aleksandra Serebriakova
Moscow-based Sputnik correspondent specializing in foreign affairs.
All materialsWrite to the author
The Democratic Unionist party is planning to get rid of the Northern Ireland Protocol, part of the Brexit withdrawal agreement, as it believes the clause undermines the country’s position within the United Kingdom with custom checks and border controls in the Irish Sea.

Tensions in Northern Ireland have been on the rise since the end of the Brexit transition period, so the European commission has decided to establish a new committee, dubbed a “clearing house”, to evaluate solutions to issues arising from the implementation of the Northern Ireland protocol, the EC’s Vice-President Maroš Šefčovič told MPs in Ireland’s lower chamber.

Speaking in front of lawmakers at Dáil’s European affairs committee, the official noted that the protocol’s introduction has been “administratively extremely challenging” but said that many of the arising issues were anticipated by UK and EU partners.

“We knew this might happen. We have been discussing this with our UK partners for the last year,” Šefčovič noted, according to the Guardian, while pressuring for the “shared responsibility” over the implementation of the much-debated clause.

He said that the EU was doing as much as it can to “calm down” tensions arising from checks and safety procedures introduced on goods entering Northern Ireland from the Great Britain. 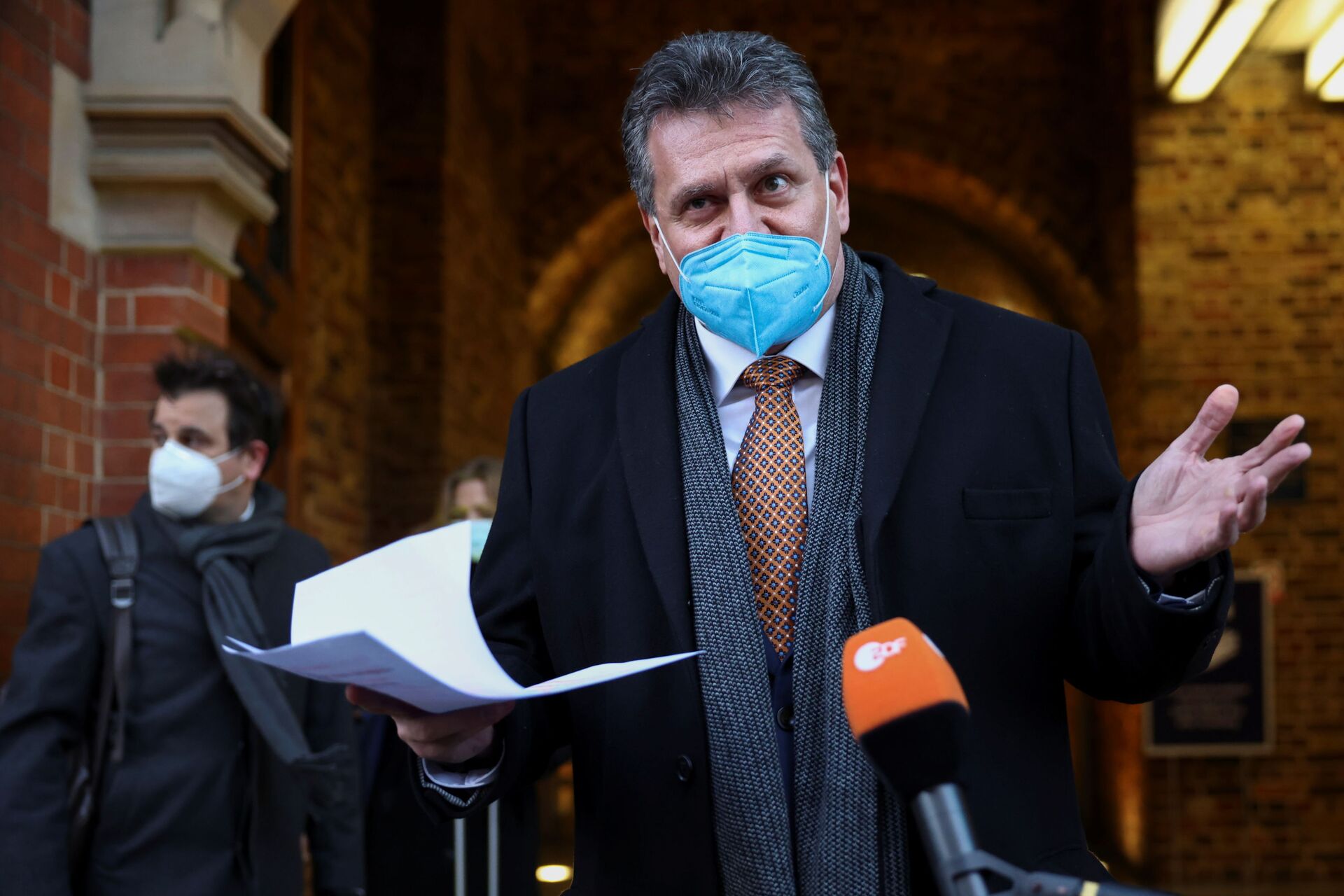 “We also have to recognise the fact that we knew from the beginning that the United Kingdom leaving the European Union, the customs union and the single market is a massive operation, that it’s not possible to prevent all the disruption,” Šefčovič told Irish MPs.

“It was quite obvious from the beginning that there will be teething problems and I believe that we can resolve them if we work very well together,” the official said.

Northern Ireland remained part of the EU’s customs union following Brexit, which was set to avoid a hard border with the Republic of Ireland, but this in turn has led to a set of other problems between the country and the rest of the kingdom.

Little detail has been given about the upcoming ‘Clearing House’ committee so far, that would act as a warning system about any potential problems arising from the implementation of the protocol.

The move is purported to “de-escalate” the situation, which left some Northern Irish supermarkets with empty shelves through January, as businesses were struggling to adapt to the new post-Brexit reality. The situation has led to an outcry from exporters, customers and the Democratic Unionist party, which launched a campaign to scrap the protocol from the Brexit withdrawal agreement.

DUP believes that the clause has “undermined the UK internal market” by de-facto creating a frontier in the Irish sea and separating the region from the rest of the UK with customs checks and border controls. 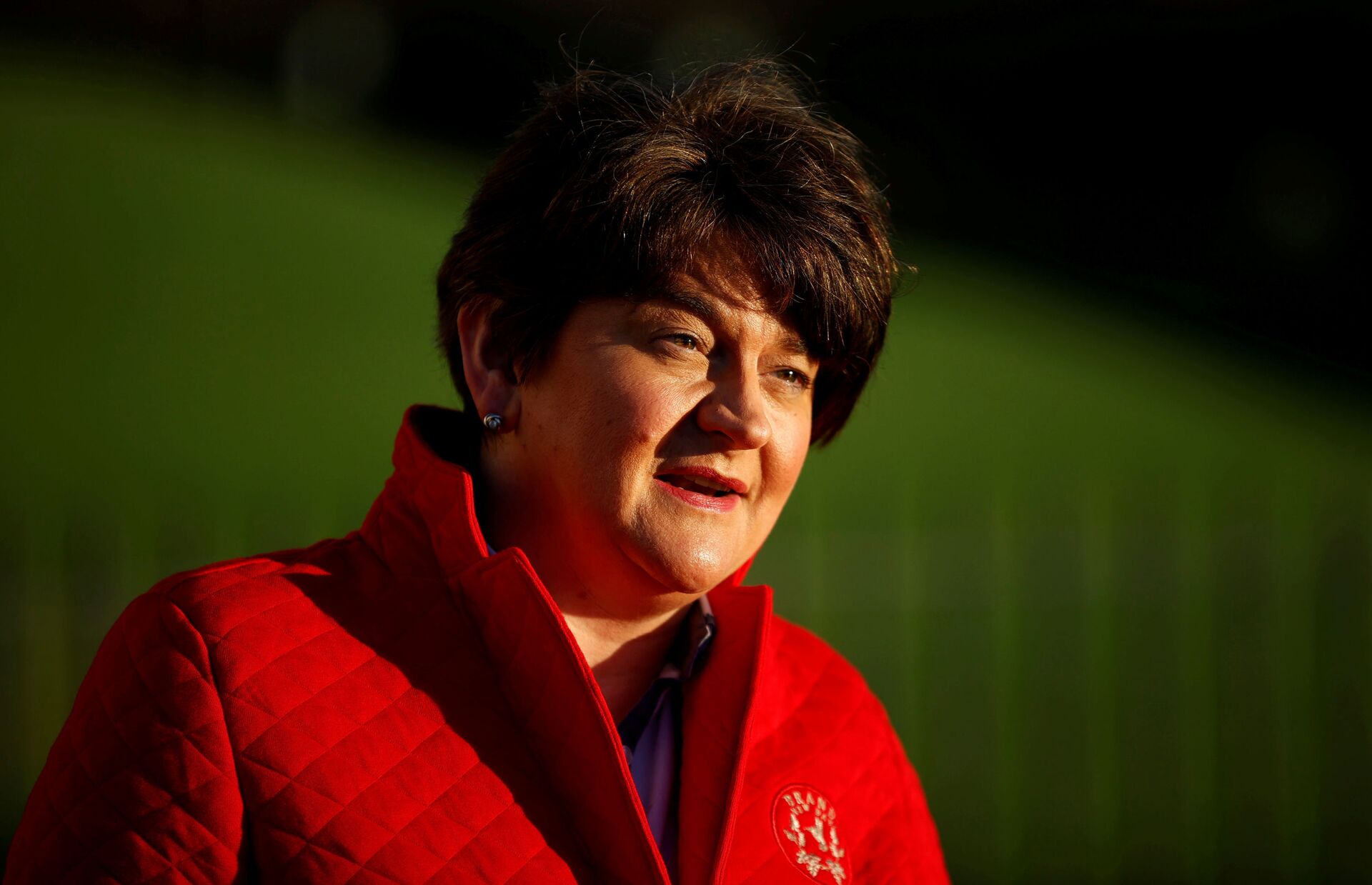 The border checks have remained limited so far due to a grace period introduced to give British businesses some time to get used to the EU’s health certification requirements on food and customs declarations, but these concessions are soon to expire, particularly in relation to high-risk foods like mince or sausages.

European Commission Vice-President Šefčovič told Irish committee that the UK was yet to fully implement the measures as “official controls at the border control posts are currently not performed in compliance with the withdrawal agreement protocol and the European Union rules”.

He argued that while there were “very few identity checks, [a] very limited number of physical checks”, the EU was not able to fully assess the situation and be flexible around the protocol as it needed “real time” access to the customs data. 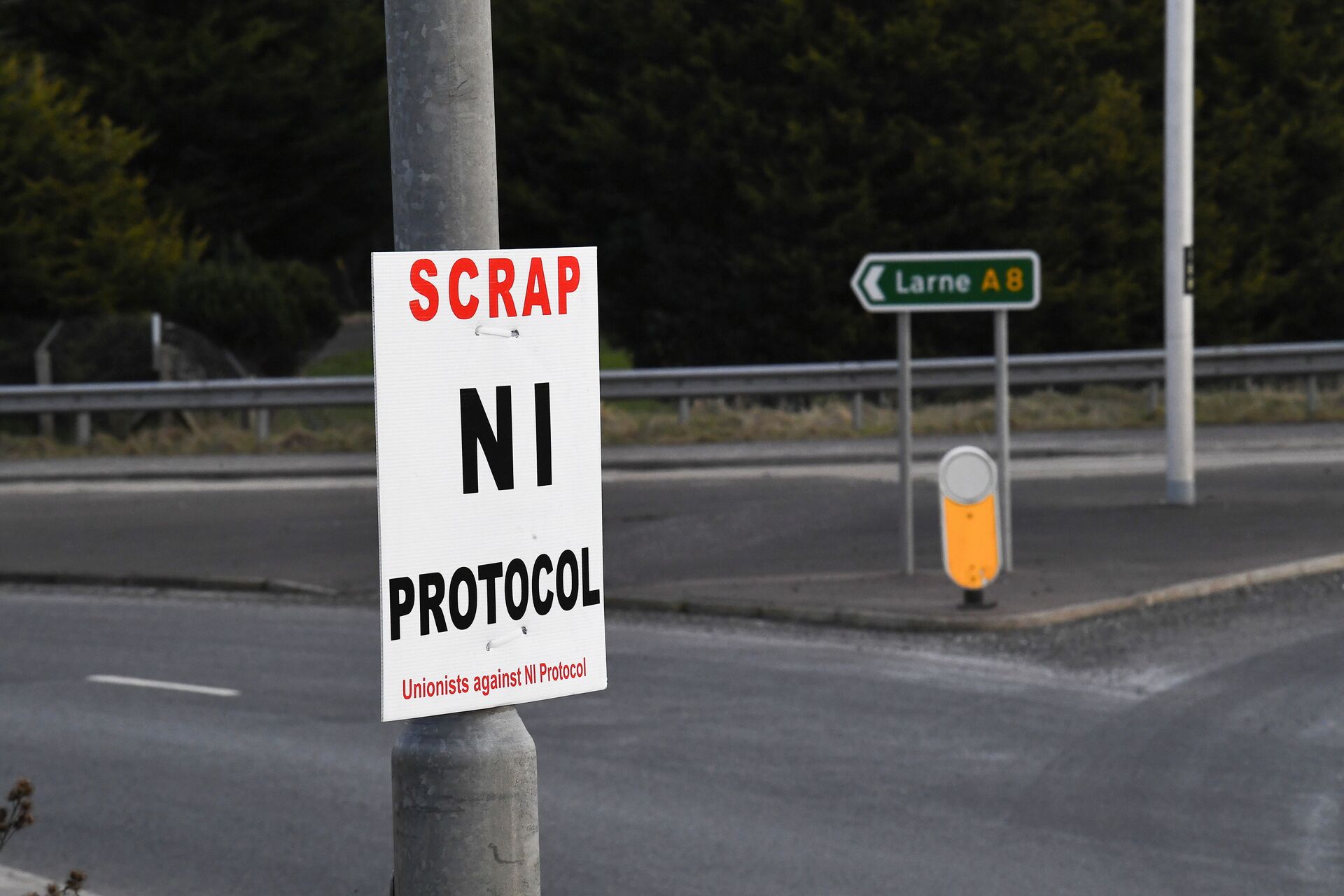 A sign is seen with a message against the Brexit border checks in relation to the Northern Ireland protocol at the harbour in Larne, Northern Ireland February 12, 2021
© REUTERS / CLODAGH KILCOYNE

Šefčovič also mentioned a recent scandal around the European Commission’s decision to trigger Article 16 of the protocol and effectively introduce a hard border between Northern Ireland and the Republic of Ireland over the EU-UK vaccine row. The measure provoked an outcry from British, Irish and EU officials and was quickly dropped.

The European Commission’s vice-president said that he “deeply regrets” the short-lived attempt to undermine the protocol – something Brussels has long pressured London to avoid.