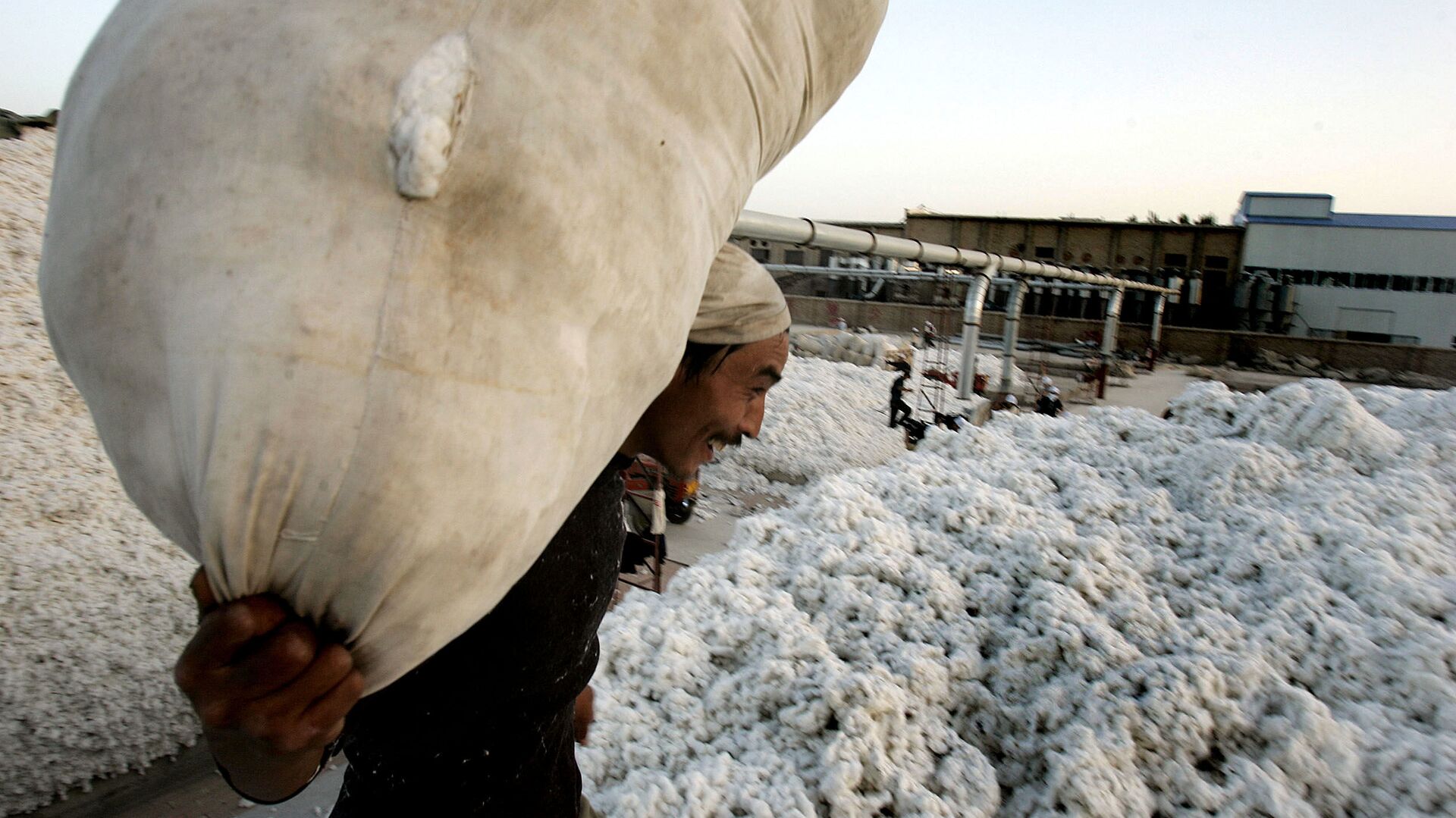 Demond Cureton
All materialsWrite to the author
Trade between the European Union and China rose sharply amid Washington's ongoing trade war with the world's second-largest economy, despite US sanctions and restrictions on key technologies. The news comes after a historic free trade deal struck between European and Chinese trading partners last year.

European and Chinese businesses traded heavily in textile machinery components and tomatoes, among others, the report read.

The news comes as the EU and China cemented a landmark trade deal in late December amid protests from Washington and its regional allies.

According to the South China Morning Post, Chinese customs records revealed trade grew rapidly in 2020, with German components for textile machinery reaching $41.2m in 2020, up 2,763 percent since recording began in 2017.

Switzerland, the second highest customer for the westermost region, exported roughly $680,279 in goods.

The US sanctioned the Xinjiang Production and Construction Corps (XPCC), numerous firms and three officials in August last year, becoming the largest case in history for the US Treasury office, citing forced labour concerns.

The UK House of Lords also amended a law on trade in early February potentially deals with countries accused of genocide and human rights abuses in Xinjiang, with Lords voting 359 to 188 in favour to pass the measure.

An open letter from Canada signed by 180 MPs and human rights groups called for a boycott of the 2022 Winter Olympic Games in Beijing with similar concerns, sparking backlash from officials from Chinese media.

The EU was urged not to be influenced by other nations in its trade relations with China, a top official said in early January, adding relations should advance "towards win-win cooperation".

President Xi also called on the Chinese people in a speech last year to protect the nation from foreign forces attempting to separate the Chinese people from the ruling Communist Party, namely amid Washington's trade war with Beijing.