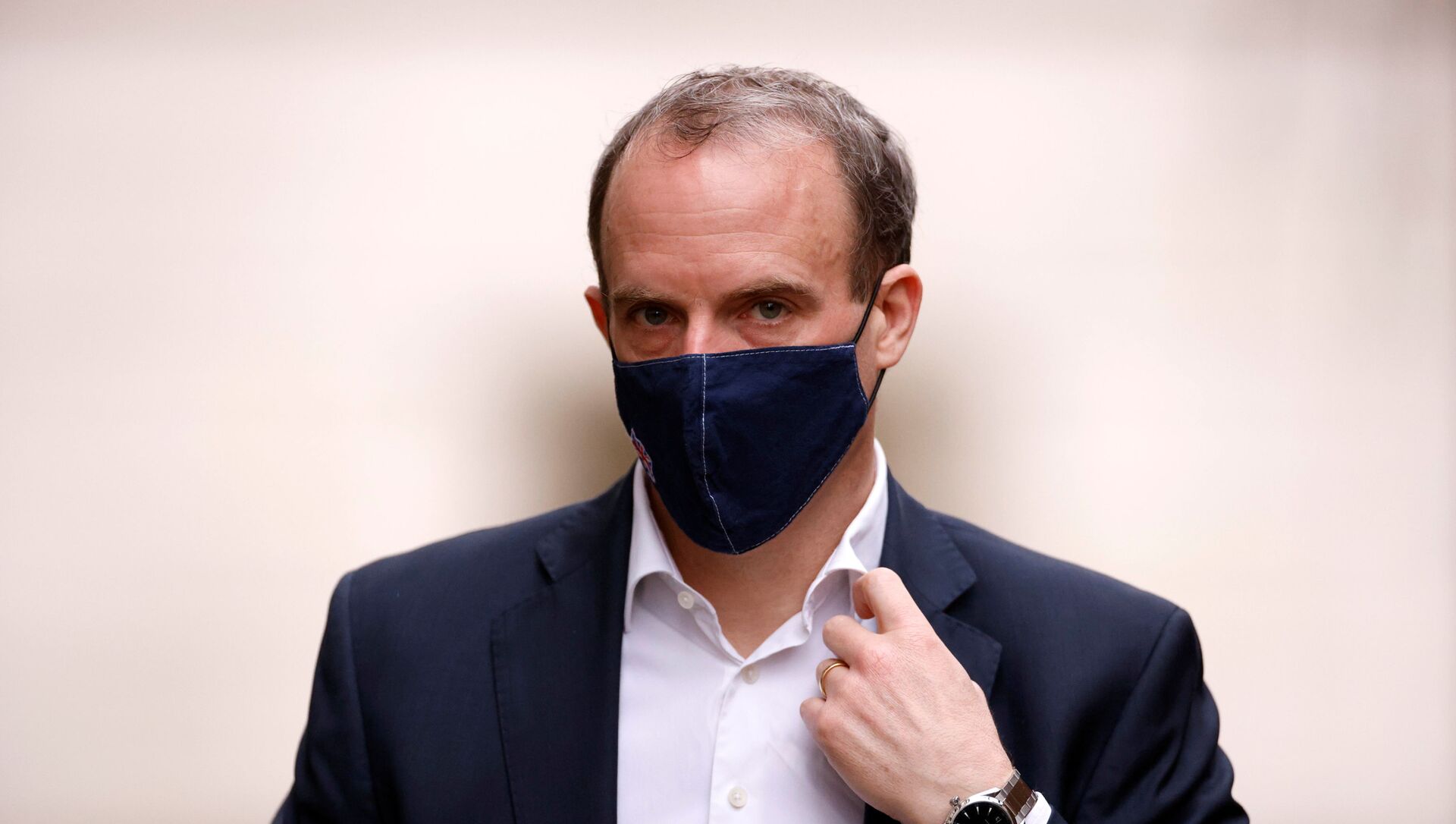 Jason Dunn
All materialsWrite to the author
A barrage of rockets hit a US-coalition controlled airbase in Erbil, Iraq on Monday, causing multiple injuries and the death of a civilian contractor.

The British foreign minister released a statement on Tuesday condemning the "outrageous and unacceptable" attack against US-led coalition forces in northern Iraq.

In a tweet, Dominic Raab declared that "Iraqis won't forgive militias putting Iraq's stability at risk" before reaffirming the UK's support to Iraqi Prime Minister Mustafa Al-Kadhimi and Masrour Barzani, who heads the government in the Kurdish autonomous region.

Last night’s attack on @Coalition forces and civilians in Erbil were outrageous & unacceptable. Iraqis won’t forgive militias putting Iraq’s stability at risk. My thoughts are with those injured. UK stands fully behind @MAKadhimi & @masrour_barzani to hold perpetrators to account

​This comes a day after a rocket attack against US forces in northern Iraq killed a civilian contractor and injured a US soldier, according to a spokesperson for the US-coalition in Iraq. It's the deadliest assault on the US-led coalition in months.

A volley of rockets was launched at a military airbase operated by the coalition at Erbil International Airport in Iraq's Kurdistan region. Following the attack, a spokesman said that the killed contractor was not an American citizen, while three 107 mm rockets landed inside the base.

US military base near Erbil airport is on fire.

​Nine other people were injured, including eight civilian contractors, a coalition spokesman said.

Secretary of State Anthony Blinken said in a statement that he was "outraged" by the attack and vowed to hold those responsible accountable.

Iraqi President Barham Salih described the attack as a “dangerous escalation and a criminal terrorist act."

​Masrour Barzani also condemned the assault “in the strongest terms."

A small Shia group called "Awliyaa al-Dam" or Guardians of Blood claimed responsibility for the attack and promised to carry out more against the "occupation" forces.

"The American occupation will not be safe from our strikes in any inch of the homeland, even in Kurdistan, where we promise we will carry out other qualitative operations," the organisation said, according to the SITE Intelligence Group, an NGO that monitors the online activity of militant groups.

While US and Iraqi forces accuse the group of being a front for pro-Iran organisations operating in the country, Tehran has rejected the accusations that it is behind the militant activity.

“Iran considers Iraq’s stability and security as a key issue for the region… and rejects any action that disturbs the peace and order in that country," Iranian Foreign Ministry Spokesman Saeed Khatibzadeh told a local outlet on Tuesday.

Top UN representative in Iraq, Jeanine Hennis-Plasschaert, warned that the incident could lead to a collapse of stability in the already wartorn country.

​It comes after months of simmering tensions between Washington in Tehran since the assassination of top Iranian general Qassem Suliemani and Iraqi militia leader Abu Mahdi Al Muhandis near Baghdad Airport last January.