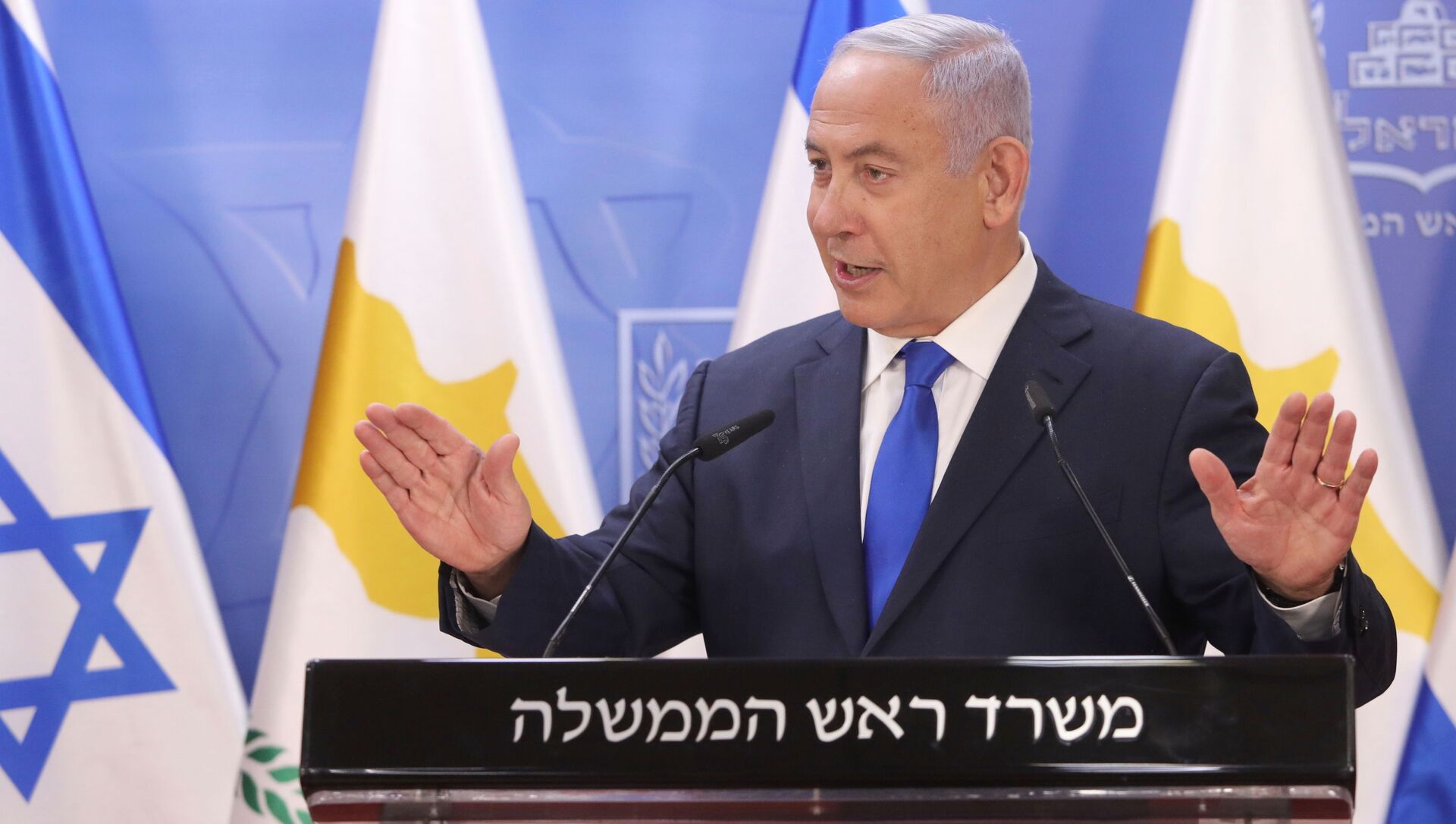 Asya Geydarova
Editor
All materialsWrite to the author
The Israeli premier has been the subject of multiple corruption investigations, including claims he received luxurious gifts from businessmen, pushed a law that would benefit one of Israel's major newspapers, and backed looser regulation of telecommunication company Bezeq in return for favorable coverage.

Israeli Prime Minister Benjamin Netanyahu, who is charged with bribery, fraud and breach of trust, believes that the trial against him was “fabricated” and will fall apart long before its actual end, The Times of Israel reported.

On February 8, the next court session on the case of Netanyahu resumed in Jerusalem, as just weeks are left before snap parliamentary elections will take place on March 23.

“So the trial will go on to its end?” the journalist asked Netanyahu as quoted in the newspaper, to which he replied: “It will collapse long before.”

Citing his lawyers, Netanyahu backed up his idea that the case against him was allegedly staged, referring to “witness intimidation” and “opening investigations against a prime minister without the attorney general’s approval.”

A Bid to Oust a Successful PM? Twitterians Split as Netanyahu Trial Kicks Off in Jerusalem
Netanyahu also slammed criticism coming from his own party that he could not continue to be prime minister while on trial.

“I brought millions of vaccines… Four historic agreements… I stand firm against Iran,” Netanyahu replied. “We’re hitting them on every front…. I’m leading the economy to new heights… What I can do in an hour, Yair Lapid [opposition leader in the Knesset] is not capable of doing in a lifetime.”

The Israeli PM earlier pleaded not guilty to the corruption charges brought against him.

Because of the inquiry, Netanyahu had to abandon all ministerial posts except the premiership amid Israel experiencing a lengthy political power crisis, as the country is now heading toward its fourth elections in two years, triggered by the collapse of Netanyahu’s center-right coalition.

If convicted, the 70-year-old politician may face up to 10 years in prison for bribery and up to three years for fraud and breach of trust.