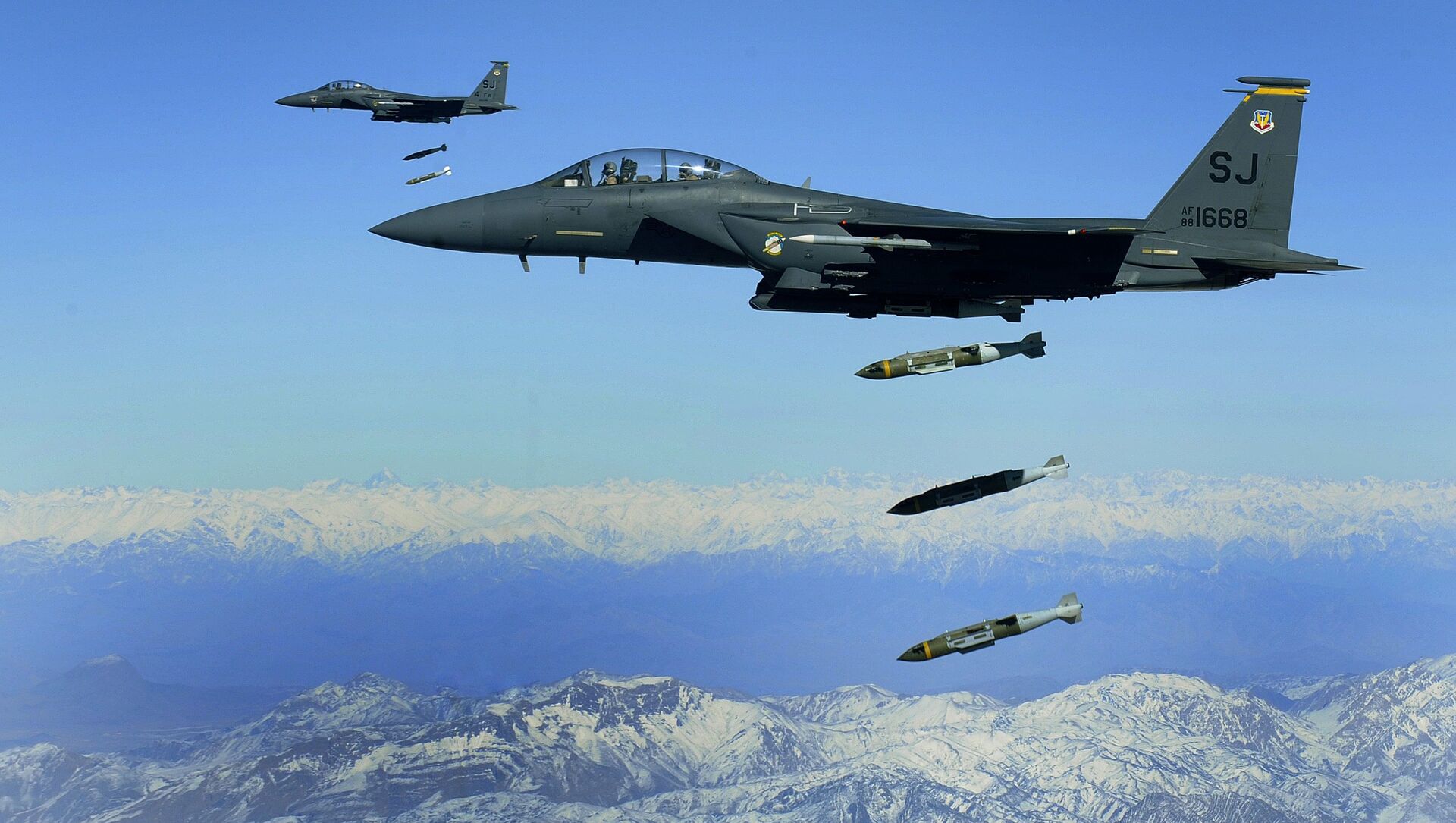 Mohamed Elmaazi
All materialsWrite to the author
In 2009, a German Colonel in Afghanistan ordered the bombing of two hijacked fuel tankers in Kunduz, killing and injuring over 100 people, mostly civilians. The father of two pre-teen children killed by the airstrike challenged the failure of German authorities to properly investigate the incident at the European Court of Human Rights.

European Court of Human Right's Grand Chamber has dismissed a claim launched by an Afghan man, Abdul Hanan, who challenged the investigation into a NATO airstrike which killed his two sons, along with scores of others.

In 2009, German Colonel Georg Klein, commander of the Kunduz Provincial Reconstruction Team (PRT), ordered an airstrike against two stationary oil tankers, surrounded by crowds of civilians, that had been commandeered by Afghan insurgents. Over 100 people, mostly civilians, were killed or injured when two US fighter jets carried out the orders of Colonel Klein. Two of the civilian victims were Abdul Bayan and Nesarullah, aged 12 and 8 years old respectively, both sons of Abdul Hanan.

"Colonel Klein failed to sufficiently verify whether and how many civilians were in the vicinity of the tankers prior to the attack. The German government and military tried to protect Colonel Klein and the other responsible parties by covering up the consequences of the airstrike", The European Center for Constitutional and Human Rights (ECCHR) says.

The German government's position remains that the airstrikes were “permissible under international law and thus justified under criminal law”.

"The Federal Prosecutor General determined that Colonel K. had not incurred criminal liability mainly because he had been convinced, at the time of ordering the airstrike, that no civilians were present at the sand bank [where the tankers were located]", the Court observed when examining the German investigation into the attack.

Colonel Klein, "had thus not acted with the intent to cause excessive civilian casualties, which would have been required for him to be liable under the relevant provision of the Code of Crimes against International Law. His liability under general criminal law was ruled out [by German authorities] due to the lawfulness of the airstrike under international humanitarian law", the Court explained.

The ECCHR assisted Abdul Hanan in bringing his case to the European Court of Human Rights (ECtHR) in Strasburg, Germany in 2016. The case was ultimately heard in February 2020 in the ECtHR's highest court, the Grand Chamber. Abdul Hanan's lawyers argued that the German Federal Prosecutor’s probe was "insufficient", as they had failed to conduct "a genuine and thorough investigation".

The European Court had to consider two key legal questions which will have ramifications well beyond that Germany and the case of Abdul Hannan and his deceased children:

The human rights court came to the conclusion that, "the military operations in Afghanistan did not establish a jurisdictional link capable of triggering the procedural obligation under Article 2 [right to life]". But the Court did determine that there is an obligation under international and domestic law and the jurisdiction of the Court to review cases such as that of Abdul Hanan was established.

After so many years of work on this case, today came the judgment on the #Kunduz case by #ECHR: the jurisdiction of the Court was established, which is crucial, but no violation by Germany, despite the investigations were all but effective, according to our analysis @ECCHRBerlin https://t.co/RiaJxZTkLH

​Notwithstanding that decision, the ECtHR found that prosecutors didn't violate the rights of Abdul Hanan. The Court concluded that, "the investigation into the deaths of the applicant’s two sons which was performed by the German authorities complied with the requirements of an effective investigation under Article 2 of the Convention".

"The Federal Prosecutor General’s determination that Colonel K. had not incurred criminal liability was primarily based on the finding in respect of Colonel K.’s mens rea at the time of ordering the airstrike, which was corroborated by evidence which could not be tampered with, such as audio recordings of the radio traffic between the command centre and the pilots of the American F-15 aircraft and the thermal images from the latter’s infrared cameras, which had been immediately secured", the Court determined.

US Killed More Civilians in Afghanistan Than the Taliban – Shocking UN Report
Although the German military estimate that 91 people were killed and 11 were injured, when pressed on the matter by the German Left Party, the government said that it hadn't confirmed exactly how many victims there were from the airstrike.

“[T]he court decided that Germany was obliged to investigate the alleged war crime committed by its troops, and therefore confirmed the existence of a link to Article 1 of the convention [which requires member states to secure European Convention rights and freedoms to all people within their jurisdiction]", the ECCHR said in a statement.

The human rights firm lamented the fact that, “the court did not find that Germany's investigation violated its obligation under Article 2 of the convention to effectively investigate the incident”. However, the ECCHR pointed out that, “secrecy in the proceedings and the constellation of different responsibilities between NATO and Germany prevented a comprehensive investigation from taking place”. The firm insisted that a “comprehensive investigation” never took place, in part due to the fact that NATO’s on-the-ground investigation “was not conducted in accordance with criminal procedure law”.

"The past 12 years have been an ordeal for my family and the families of the many other victims. We never received an official apology from the German government”, Abdul Hanan said in a statement. “All we want is for those responsible for the attack to be held accountable and to be adequately compensated”.

The North Atlantic Treaty Organization led the military mission in Afghanistan, known as the International Security Assistance Force (ISAF), from 2001 until the latter came to an end in 2014. ISAF was then replaced by the Resolute Support Mission, which continues to operate in Afghanistan to this day. In 2019, a UN report concluded that the NATO-led mission in Afghanistan was responsible for more civilian deaths than the insurgency which opposes the NATO-led occupation force.

*This article was amended at 13:01 GMT on 16 February 2021 to make clear that the ECtHR’s jurisdiction in foreign military operations was established.

**A further update was made at 15:16 GMT on 16 February 2021 to include a statement from the ECCHR as well as from Abdul Hanan