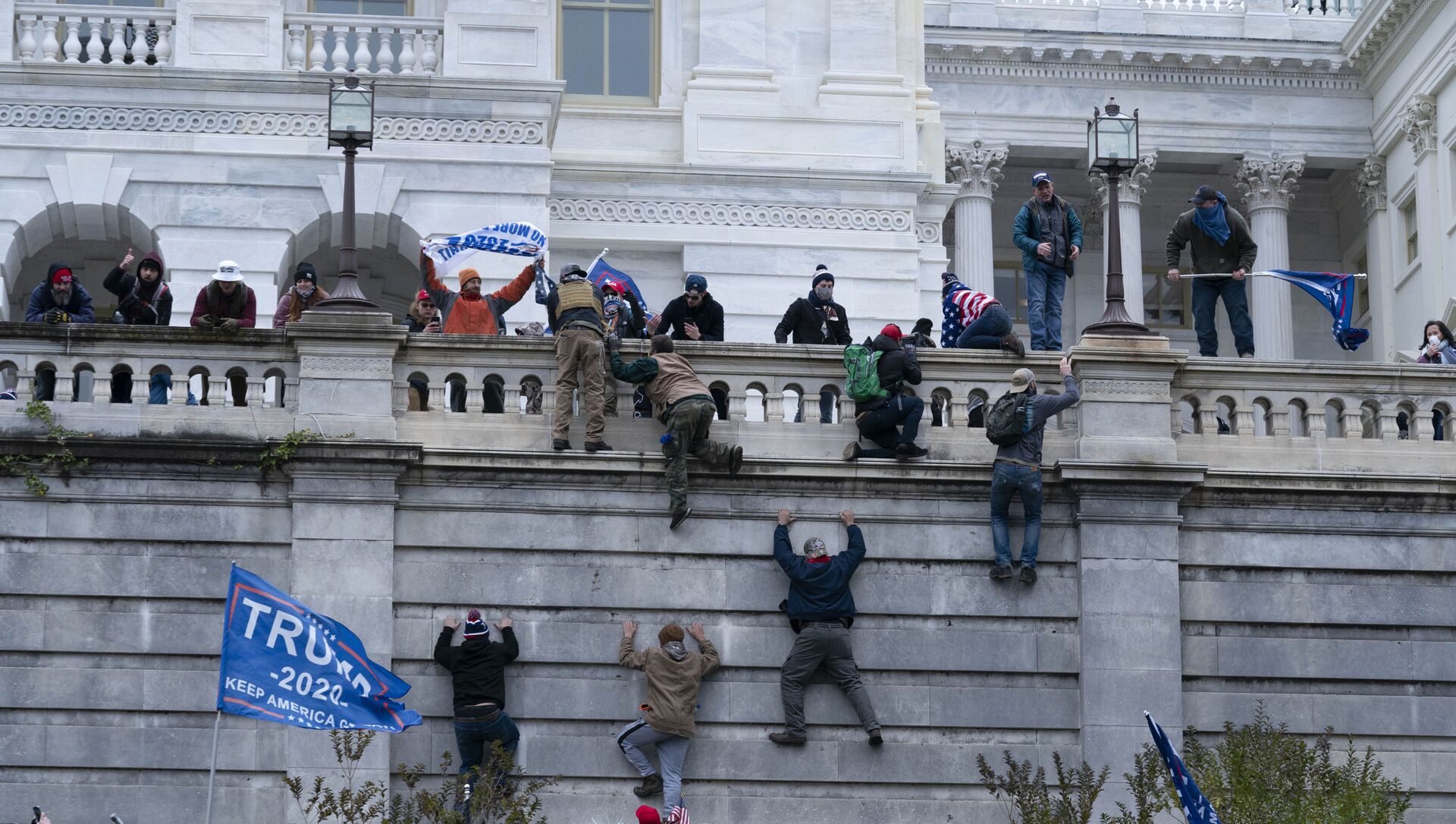 Morgan Artyukhina
All materialsWrite to the author
While federal investigators have identified more than 200 suspects in their hunt for participants in the January 6 insurrection at the US Capitol that killed five people and temporarily dispersed Congress, lawmakers recently failed to convict then-US President Donald Trump of charges that he incited the riot.

White House Press Secretary Jen Psaki told reporters at a press conference Tuesday that President Joe Biden would "certainly support" the establishment of a commission to probe the 6 January riot at the US Capitol.

"He backs efforts to shed additional light on the facts to ensure something like that never happens again," Jen Psaki said.

The formation of an independent commission to "investigate and report on the facts and causes relating to the storming of the United States Capitol Complex," was announced on Monday by House Speaker Nancy Pelosi (D-CA).

The 9/11 Commission, to which this new body has been likened, was a ten-member board created by Congress in November 2002 to conduct an independent and far-reaching investigation of the September 11, 2001, terrorist attacks that destroyed the World Trade Center towers in New York, damaged the Pentagon in Arlington, Virginia, and sent an airliner crashing into a Pennsylvania field, together killing more than 3,000 people.

The commission had five Democrats and five Republicans, none of whom were sitting members of Congress, and its two-year project included testimony by many past and present leading government officials.

The announcement comes after the Senate acquitted Trump last week of charges that he incited the Capitol insurrection. While a majority of senators voted to convict Trump, the body failed to reach the required two-thirds majority. Several lawmakers who voted to acquit, such as Minority Leader Mitch McConnell (R-KY), indicated they did so on the belief that the proceedings were unconstitutional, not because Trump was innocent.

The uprising by Trump's followers immediately followed a "Stop the Steal" demonstration outside the White House hosted by Trump, as thousands mobbed the halls of the national legislature in a bid to halt the certification of election results then underway. Trump has long claimed the election was fraudulent and that he was the winner, although his many lawsuits and attempts to legally overturn the results were all dismissed. Five people died in the riot, including a woman shot by Capitol Police as she attempted to enter the Senate.

The proposed commission would not be the first since the insurrection last month. A wide array of probes have been launched, including into explosives planted near the Capitol and allegations that Republican lawmakers sympathetic to Trump's cause gave guided tours of the legislative building to Trump supporters just days before the insurrection. The US military has also begun a wide-reaching investigation into extremist groups in the ranks after numerous active duty and retired service members were found to have participated in the riot. Pentagon leaders were forced to issue explicit orders clarifying that such actions are a violation of their constitutional oaths.

In the aftermath of the riot, federal prosecutors announced they were seeking conspiracy and insurrection charges against dozens of participants. As of last week, they had identified at least 230 suspects, many with connections to controversial groups such as the QAnon conspiracy theory movement.