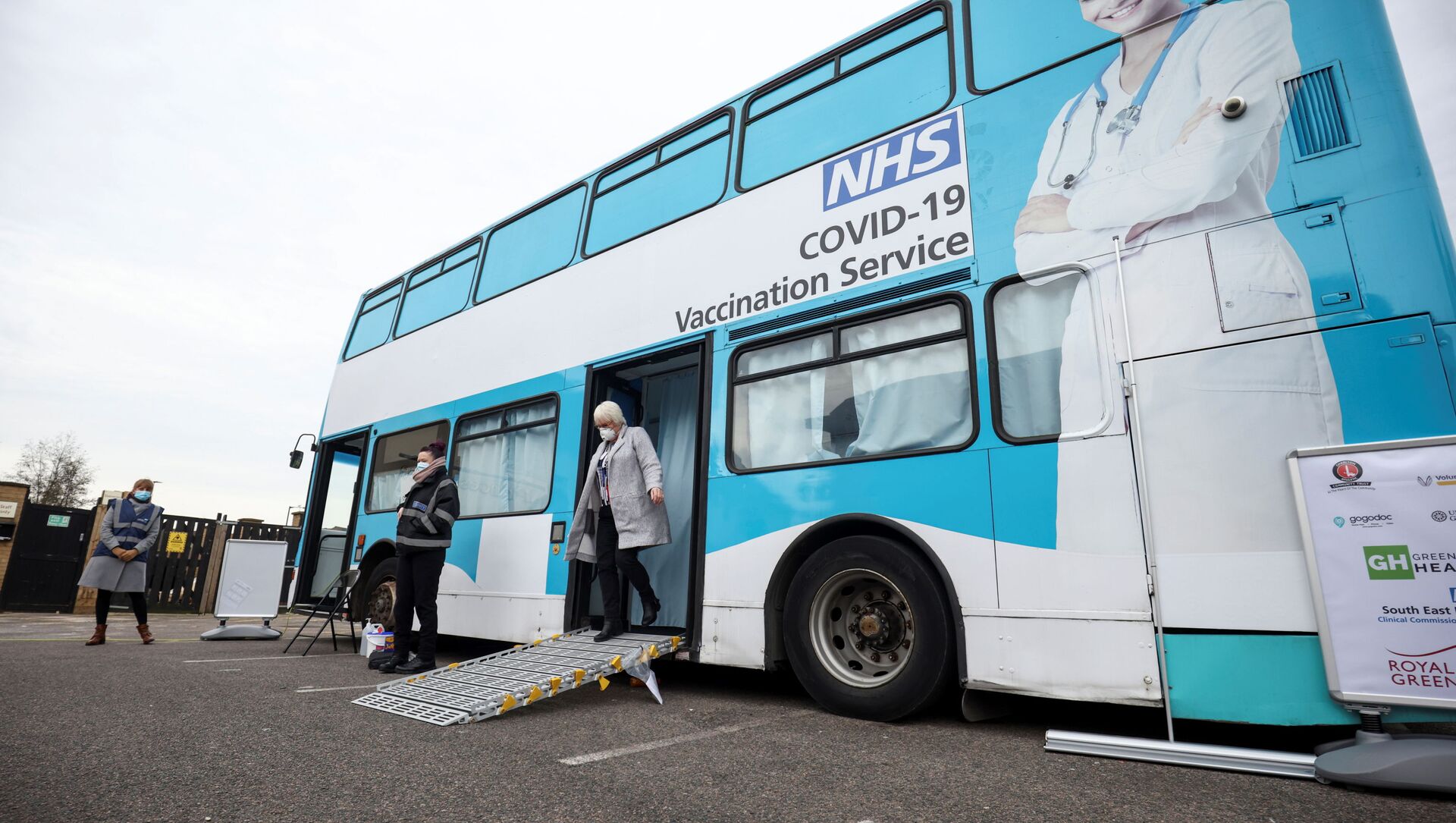 Jason Dunn
All materialsWrite to the author
The United Kindom achieved its target of vaccinating 15 million people among the top priority groups on Sunday. These include over 70s, frontline health workers, and patients who are most vulnerable to the effects of coronavirus.

He began by praising the "astonishing effort" of the vaccination programme in reaching the benchmark of offering 15 million initial vaccinations.

"This is an unprecedented national achievement, but it's no moment to relax", he clarified. "And in fact, it's the moment to accelerate because the threat from this virus remains very real."

​The top nine priority groups in the UK include those over the age of 50, seeking to offer everyone within the age bracket their first vaccine before the end of April. This will also include everyone between 16 to 64 who have underlying health conditions, as well as eligible adult carers.

While he praised the inoculation milestone, Johnson stressed that the level of infection remains very high and reinforced the message that people should remain at home.

The prime minister said that the government will unveil its roadmap next for the UK to end social distancing measures, saying that he wants "this lockdown to be the last".

"We want progress to be cautious but also irreversible."

As more than 15 million people have now received the first dose of a Covid-19 vaccine, and those in the four most vulnerable groups have already been offered a jab, the government is set to enter into the next phase of its vaccination rollout. However, top scientific advisors warn that cases remain high.

A Long Way to Go

Professor Whitty said that while "numbers are coming down steadily over time" they are still at "quite a high level and above the point where it was, for example, in September last year. So significant progress, but still quite high".

"Hospital rates are coming down. Of course, this follows slightly later than the rates of new cases. Again, the rates are still very high", he said.

"So they're slightly above the point which they were at the peak of the epidemic in April of last year. So these are still very high rates, but they're definitely heading in the right direction."

He added that the number of people "who have sadly died with Covid remains high, but is continuing to go down".

On the coming 11-week “sprint” in the vaccination programme, Simon Stevens said that those who have been offered a vaccine but have yet to come forward may still do so.

“The second thing we are going to be doing is making sure people get their second booster doses and that will begin from early to mid-March....you will go back to where you had your first vaccination", Stevens said.

He announced that the vaccine offer would be extended to a "larger group of people", namely those between 65-69.

‘Give us the tools, the vaccines, and we will finish the job.’

NHS Chief Executive Sir Simon Stevens thanks staff for their continued work to deliver the #COVIDVaccine, and outlines the next steps in the NHS vaccination programme. #ThankYouNHS pic.twitter.com/HeAkuEL0zE

​The UK government has said it plans to offer the entire population a coronavirus vaccine by August this year.

While previously lauding the success of the UK's vaccination program, Boris Johnson cautioned the public to take reports on loosening coronavirus restrictions  “with a pinch of salt”.

“We don’t really yet have sufficient clarity on the data to be sure now, today, as of this Monday 15th exactly what we’ll be able to say to you on Monday 22nd", the prime minister said.

In response to a public question about re-vaccination, Professor Chris Whitty then added that an autumn "booster shot" of the coronavirus vaccine is likely to be required.

“There’s, I think, reasonable evidence that we may have to do that this year because there are several variants that look very similar to one another in many ways which actually could have slightly reduced – not completely reduced but slightly reduced or in some cases more than slightly reduced – effectiveness from the vaccine", Whitty said.

While addressing a query over disproportionate levels of vaccine skepticism among ethnic minority communities in the UK, Professor Whitty said it is "critical"  that the public works to combat "misinformation".

He added that he had been had meeting medical leaders from minority backgrounds in order “to share experiences and share how we can work out how to make sure people are getting absolutely accurate information that makes clear that the risks of the vaccine are massively lower than the risks of getting this infection”.

A final question at the conference related to comments made by US President Joe Biden over "transparency" in the World Health Organisation's investigation last week into the seemingly initial coronavirus outbreak in Wuhan.

“It is fairly obvious at the moment that most of the evidence seems to point to the disease having originated in Wuhan, that seems to be where the consensus is at the moment", Johnson said.

He continued saying that he would support a "global treaty on pandemics so that signatory countries make sure that they contribute all the data they have and we are able to get to the bottom of what has happened and stop it happening again".

This comes amid suggestions by Washington that the report by the WHO, which concluded that the virus emerged from animal-to-human transfer and was not present in Wuhan prior to December 2019, may have been subject to "alteration" by Chinese authorities.