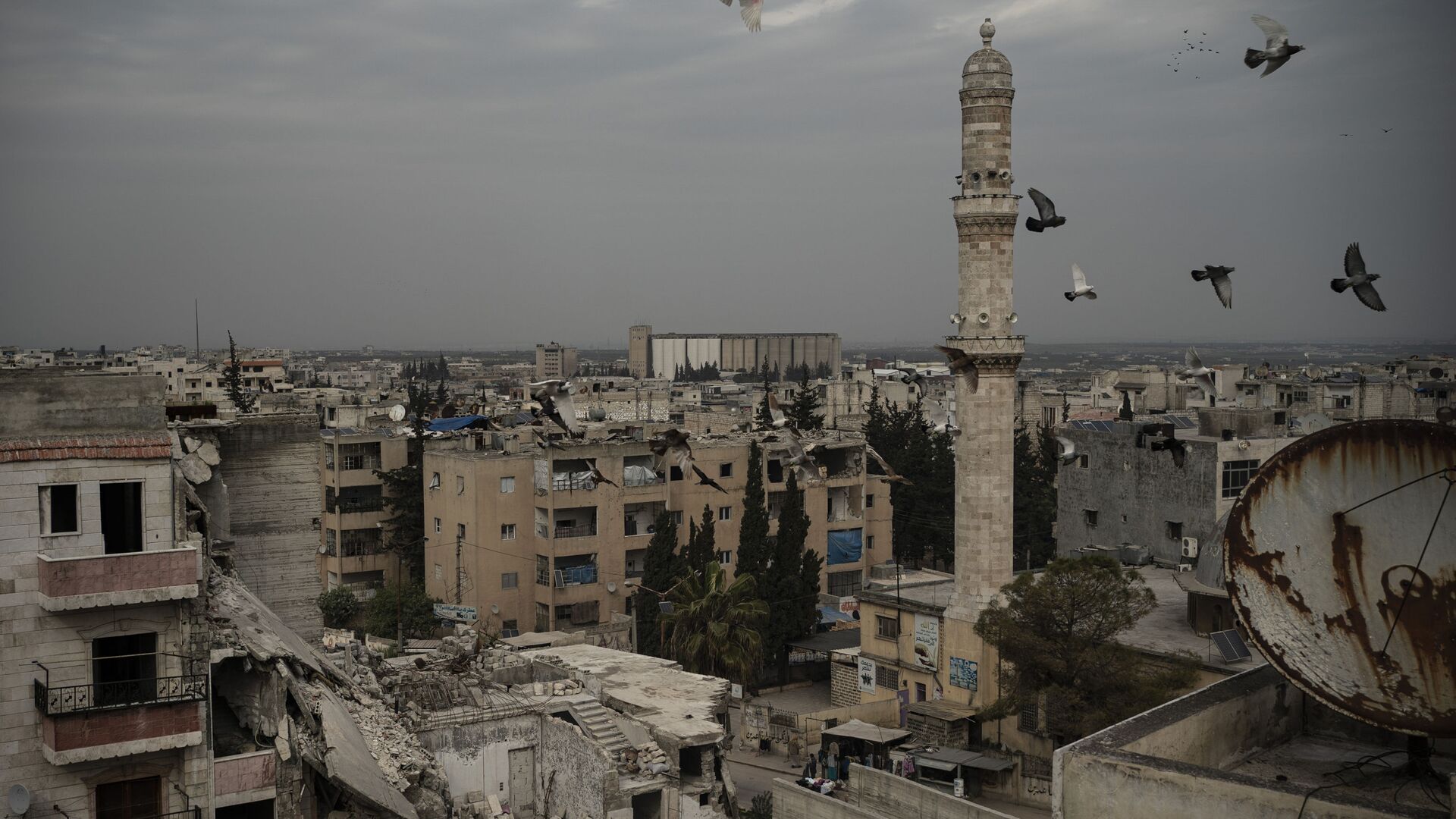 MOSCOW 15 (Sputnik) - The Syrian authorities will open three more checkpoints for residents to leave Idlib due to the economic situation there and the lack of medical assistance, Rear Adm. Vyacheslav Sytnik, the deputy head of the Russian Center for the Reconciliation of Warring Parties in Syria, said at a briefing on Monday.

"The authorities of the Syrian Arab Republic, with the assistance of the Russian Center for the Reconciliation of Warring Parties, have prepared for opening checkpoints in the area of ​​the settlements of Saraqib, Miznas, and Abu Azeidin for the unhindered movement of the population across the borders of the Idlib de-escalation zone," Sytnik said.

Sytnik noted that the checkpoints would be opened in connection with large number of requests from residents of settlements in the Idlib de-escalation zone about the lack of qualified medical care and dire social and economic situation provoked by US sanctions.

The Idlib de-escalation zone was established by Russia, Turkey, and Iran in 2017.

Syria has been experiencing a period of instability since 2011, with President Bashar Assad's government fighting a number of opposition groups and terrorist organizations. As of now, the country's authorities have been primarily focusing on the political settlement of the ongoing crisis and the return of refugees.